Is Erica From The Goldbergs a Lawyer in Real Life? 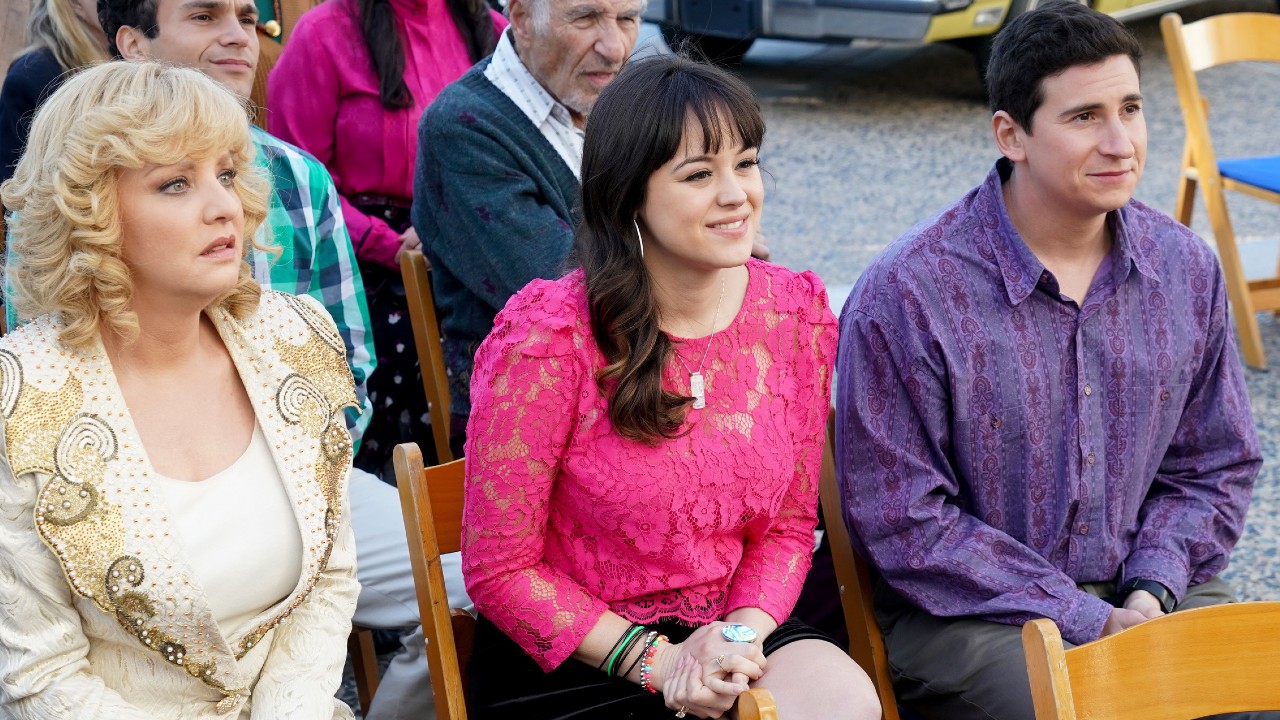 Portrayed by Hayley Orrantia, Erica Goldberg is one of the main characters of the ABC sitcom ‘The Goldbergs.’ Bon on August 18, 1967, she is the oldest of three Goldberg children. In the early seasons, Erica’s relationships with other members of her family were somewhat antagonistic, but that changed as the character grew up and had to make several important decisions about her life. In season 9 finale, it is revealed that she is pregnant.

During an interview on The Art of Kindness podcast, Orrantia discussed her hopes about her character in the show’s 10th season, stating that she wants Erica to become a lawyer along with being a mother. If that has made you wonder whether Erica Goldberg is a lawyer in real life, we got you covered.

Is Erica a Lawyer in Real Life?

Orrantia said during The Art of Kindness podcast, “I would like to see, despite her being a new mom, her going to school to become a lawyer. I would love to see them try to balance that because I think in the ’80s especially it became such a big thing for women to not only be great mothers, but that they could have a career of their own and really do both. I would love to see that balance for her not sacrificing the career and what she wants in that realm just because she’s a mom.”

Her character has been on an incredible trajectory in the last few seasons. While Erica is musically talented, ‘The Drop Outs, the band she created with her friends, didn’t find the success they were hoping for. Erica subsequently went back to school, attending Pennsylvania College of the East. She graduates early in the 10th season, though her family forgets all about it because their focus is one her pregnancy. However, in a classic Goldberg fashion, they are reminded, feel guilty, and ultimately make up for it.

In real life, Erica Goldberg is actually Eric Goldberg, who, like his brother Barry and their father Murray, is a doctor, specializing in neurology and sleep medicine. In an interview with the Jewish Exponent, Adam spoke about Eric’s reaction to changing the sex of the character that is supposed to be based on him. “Sometimes, he does feel left out, just because it’s fun to be included in the show,” said Goldberg. “Other times, when I beat up Barry or embarrass him, it’s like ‘Oh, thanks.’”

So, no, in real life, “Erica” is not a lawyer, but the fictional; character still resonates with at least one person from the real world — the actress who portrays her. “You know what’s so interesting is, even though I am a few years older than Erica, I feel like through most of maybe season one through six, I was experiencing a lot of the things she was experiencing in my own personal life,” Orrantia told Euphoria Magazine. “They say life imitates art, and I don’t know if it’s the other way around or not, but it was pretty fascinating to see how there were some scenes that we would do, they really would hit home with me.”

Read More: Is Flo from Progressive on The Goldbergs?