Is Escape The Night Real or Scripted?

‘Escape The Night’ is a reality series that follows a group of YouTubers who arrive at a strange estate as guests for a dinner party where they must find clues and solve escape room-like challenges to survive the night. At the end of each episode, the guests vote for two people among them to compete in a challenge. The loser is then removed from the house. The series is created by Joey Graceffa and features notable internet celebrities such as Shane Dawson, Colleen Ballinger, Tyler Oakley, Liza Koshy, Andrea Brooks, Justine Ezarik, Glozell Green, Lele Pons, and many others.

Despite being billed as a reality competition, it features elements such as fantasy, murder mystery, and many others that are usually found in fictional shows. As a result, viewers have been perplexed and developed diverse opinions on the show’s status as a reality show. If you are curious to find out about the authenticity of ‘Escape The Night,’ here’s everything you need to know.

Is Escape The Night Real or Scripted?

‘Escape The Night’ is something of an anomaly when it comes to reality shows. Since the show follows a murder mystery format, it is hard for the audience to gauge that the show is mostly unscripted at first glance. Series creator and presenter Joey Graceffa best described the show’s format by saying that the guests are gathered into a house, and a murder takes place. The guests must then solve this murder. The YouTubers are competing against each other but simultaneously also have to work together to solve mysteries and stay alive. 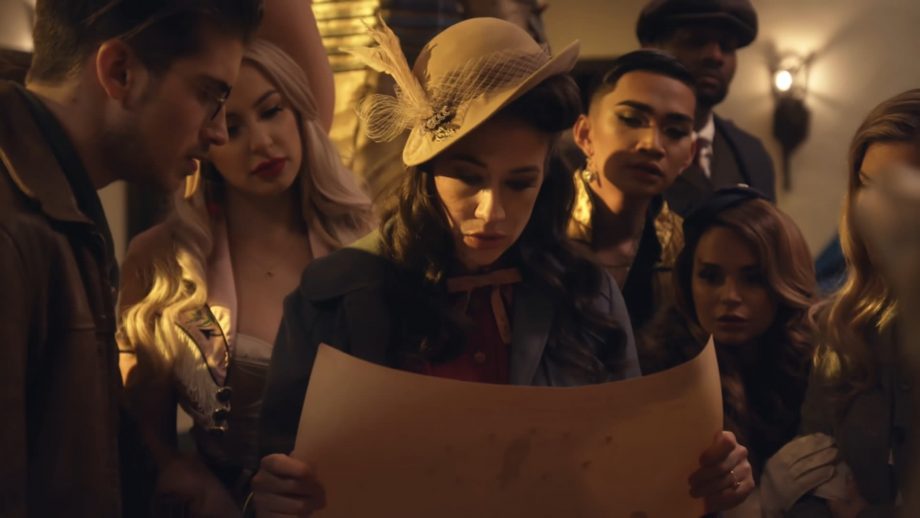 These clues are obviously pre-planned, and the entire mystery is outlined by the show’s creative team, with Adam Lawson being credited as a writer for the show. Graceffa has also said that because he wanted to play the game, he did not immerse himself in the clue-making process and stepped away after the basic outline for the game was created. Graceffa’s words suggest that the show is at least partially scripted.

In an interview, producer Brian Graden called the show a cross between a reality show that follows an elimination format and a fictional murder mystery. Likewise, viewers must already have figured out that the murder mystery the guests are trying to solve isn’t a real murder, and neither are the deaths through which the guests are eliminated.

Then why is ‘Escape The Night’ billed as a reality series, you ask? Well, that is because the actions and reactions of the guests are almost genuine. The guests are trying to solve the clues and get to the next stage in real-time. The element of elimination is another trope found in reality shows. To best understand the show, think of your favorite board game. It has a specific set of pre-defined rules, yet each game is different from the others because of the players.

In the context of the show, the pre-planned/scripted elements are the rules, and the guests are merely playing the game. Ultimately, ‘Escape The Night’ is neither a reality show nor a fictional one. It is meant to be a surrealist show with elements of fiction and reality. However, because the fictional elements are ancillary to the reality-based game, it wouldn’t be wrong to call it a reality show, in our opinion.