Is Evil Season 3 on Netflix, HBO Max, Hulu, or Prime? 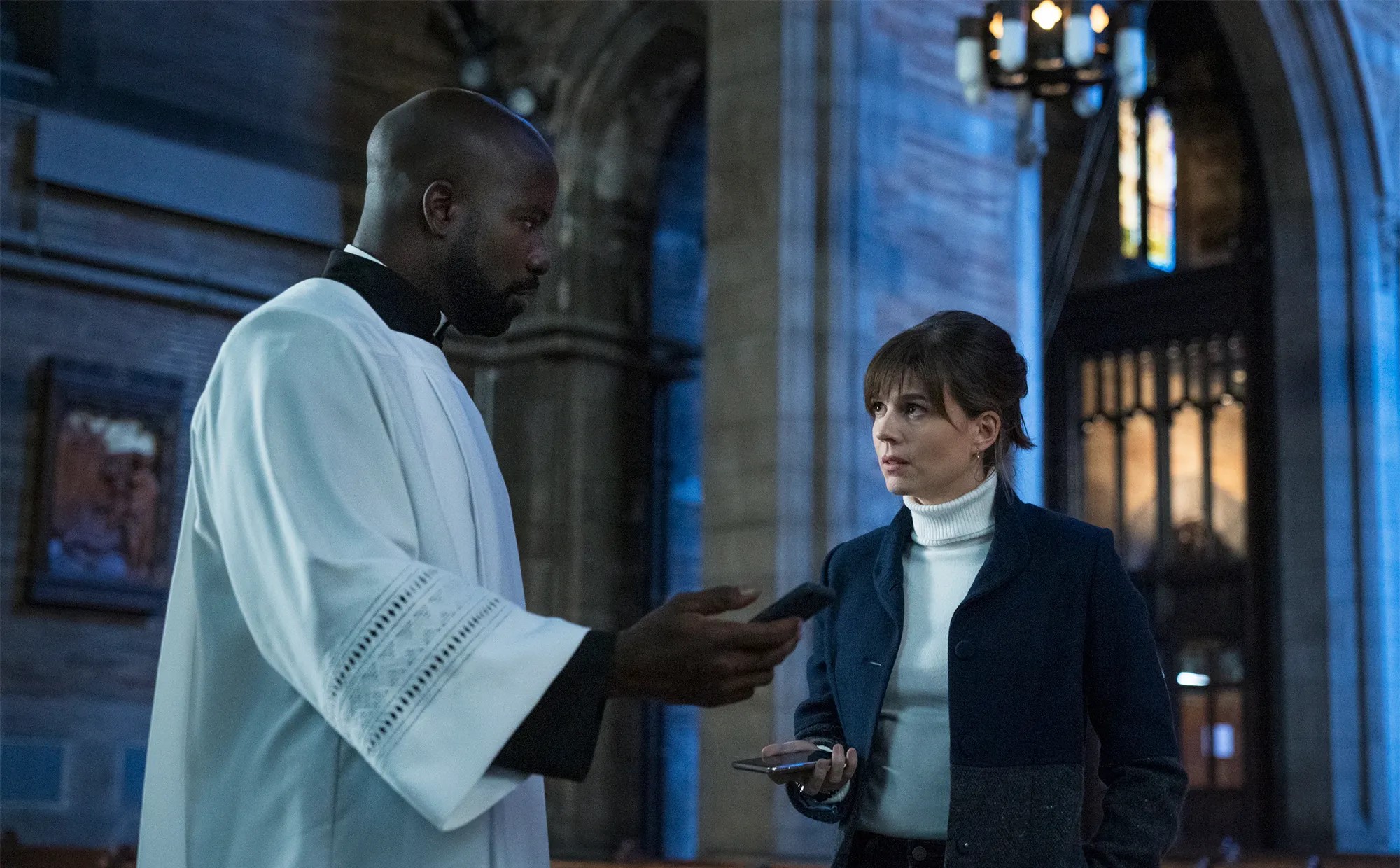 Created by Robert King and Michelle King, ‘Evil‘ is a supernatural series that explores the idea of science and the divine. Dr. Kristen Bouchard is a forensic psychologist who has been hired by David Acosta, a journalist turned priest, to differentiate between legitimate instances of demonic possession and clinical insanity. Kristen is determined to find scientific explanations behind the so-called supernatural incidents. However, her skepticism is tested on multiple accounts when she cannot justify certain happenings.

The show is truly a treat for the mind, given the theological explorations the narrative goes into. Actors Katja Herbers, Mike Colter, Aasif Mandvi, Kurt Fuller, and Marti Matulis bring the much-beloved characters to life. After two great seasons, the show is back with a third iteration, and fans cannot wait to dive back into the supernatural drama. If you are in the same boat, here’s how you can watch ‘Evil’ season 3.

What is Evil Season 3 About?

‘Evil’ follows a forensic psychologist, Dr. Kristen Bouchard, who has been asked by David Acosta to distinguish between demonic possession and cases of clinical insanity. The Catholic seminarian works with technical expert Ben Shakir, who handles his equipment and provides scientific explanations behind the supernatural phenomenon.

As a skeptic at heart, Kristen is determined to provide an alternate explanation to the incidents that are considered to be the work of demons and other supernatural elements. But, when some things seem beyond any scientific reasoning, Kristen is forced to question her skepticism toward religion and the supernatural. If you are wondering where to watch the thrilling show, here’s how you can do it.

Is Evil Season 3 on Netflix?

No, ‘Evil’ season 3 is not available on Netflix. However, the streaming giant does offer alternative shows like ‘Supernatural‘ and ‘Crazyhead.’ Both shows follow lead characters as they investigate supernatural activities.

Is Evil Season 3 on Hulu?

‘Evil’ season 3 is not available on Hulu. If the supernatural show has piqued your interest, you can check out shows like ‘Helstrom‘ and ‘Buffy the Vampire Slayer,‘ which follow humans who are investigating supernatural incidents and fighting against those who mean humanity harm.

Is Evil Season 3 on Amazon Prime?

You can watch ‘Evil’ season 3 on Amazon Prime by adding Paramount+ for $9.99 per month to your basic membership here. Having said that, regular prime members can also fall into the supernatural world with ‘Fringe‘ and ‘Good Omens.’

Is Evil Season 3 on HBO Max?

While HBO Max does not have ‘Evil’ season 3, you can still use your subscription to watch ‘Lovecraft Country‘ and ‘True Blood and explore the supernatural genre and everything else it has to offer.

Where to Watch Evil Season 3 Online?

Season 3 of ‘Evil’ is available for streaming on Paramount+ here. You can also stream the series on DirecTV and Fubo TV. Fans of the show can also purchase the first two seasons of the series on YouTube, Google Play, Microsoft Store, and iTunes.

How to Stream Evil Season 3 for Free?

Paramount+ offers a 7-day free trial for new users, which can be used to watch ‘Evil’ season 3. Alternatively, you can use the weeklong trial available for Paramount+ services on Amazon Prime and FuboTV to watch the show. DirecTV also offers a 5-day long free trial for new members. We urge our readers to not use any illegal methods to watch the series. Paying the relevant channels shows your appreciation towards those who have worked hard to bring you your favorite shows.

Read More: Is Evil Based On a True Story?