Is Farrah Haynes Gay or Bisexual in P-Valley?

Mercedes Woodbine’s dream to start a gym meets a dead end in Starz’s drama series ‘P-Valley’ when her mother Patrice Woodbine steals her money to start her own church. When Patrice sets up the Breath of Life Full Gospel Baptist Tabernacle, Mercedes seeks other ways to gain money and her ambition leads her to Cedric Haynes AKA Coach.

Coach offers Mercedes to provide the money if she is ready to be in a sexual relationship with him. She accepts the proposition when Coach’s wife Farrah Haynes expresses her acceptance. In the third episode, Farrah joins Mercedes and her husband as they share intimacy, making one wonder whether she is gay or bisexual. Let us share what we know! SPOILERS AHEAD.

Is Farrah Haynes Gay or Bisexual? 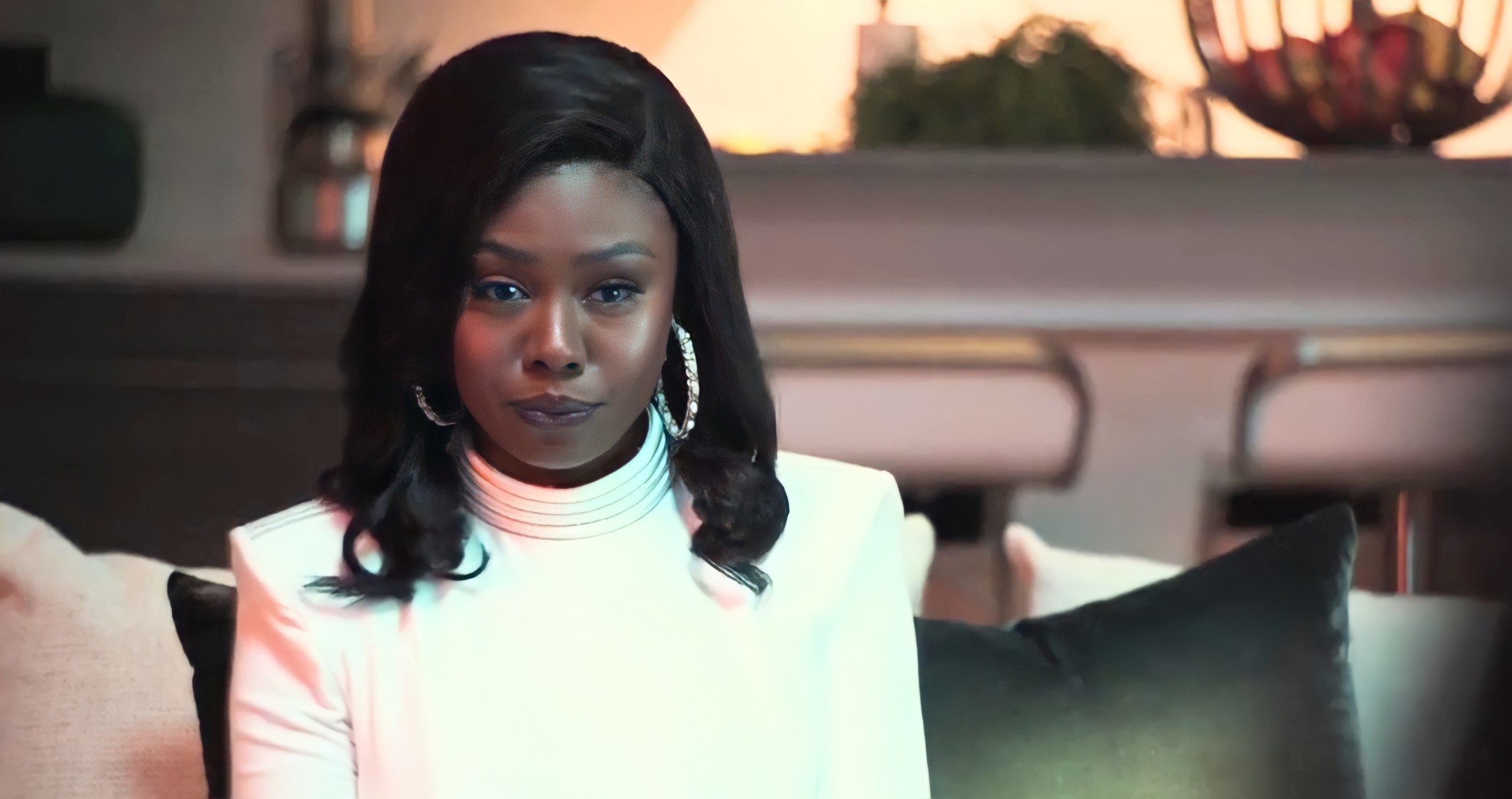 Considering Farrah and Mercedes’ meeting, it wouldn’t be an exaggeration to say that the former gets smitten by the stripper. Mercedes’ appreciation of Farrah’s one particular painting deeply affects her and she acknowledges that no one has ever appreciated her work like Mercedes does. Mercedes’ insistence that Farrah should accept her sexual relationship with Coach further impresses the artist. The famed Mercedes experience captivates Farrah completely as she decides to join her husband and Mercedes to share intimacy. Her willingness to join the duo shows how much she gets attracted to Mercedes.

Since Farrah is introduced as someone who forms an extraordinary connection with Mercedes, we may see both of them deepen their relationship further. The intimacy they share with Coach during their first-ever meeting can be just a start and potential meetings may influence Farrah to embark on a journey of self-discovery to determine her sexual orientation. Since Coach doesn’t mention Farrah being gay or bisexual to Mercedes, it is unlikely that Farrah is completely sure of her sexual orientation since the husband and wife seemingly do not hide anything from each other.

We may also see how Farrah’s possible exploration of her sexuality will affect her married life with Coach. Even though the latter maintains several casual relationships, he has always made sure that his relationship with Farrah doesn’t meet an end. However, Farrah and Mercedes’ connection may affect the former’s life with Coach, possibly creating tensions between the three. In the upcoming episodes, we can also expect to see how the triangle relationship will jeopardize Mercedes’ dream to start a gym.