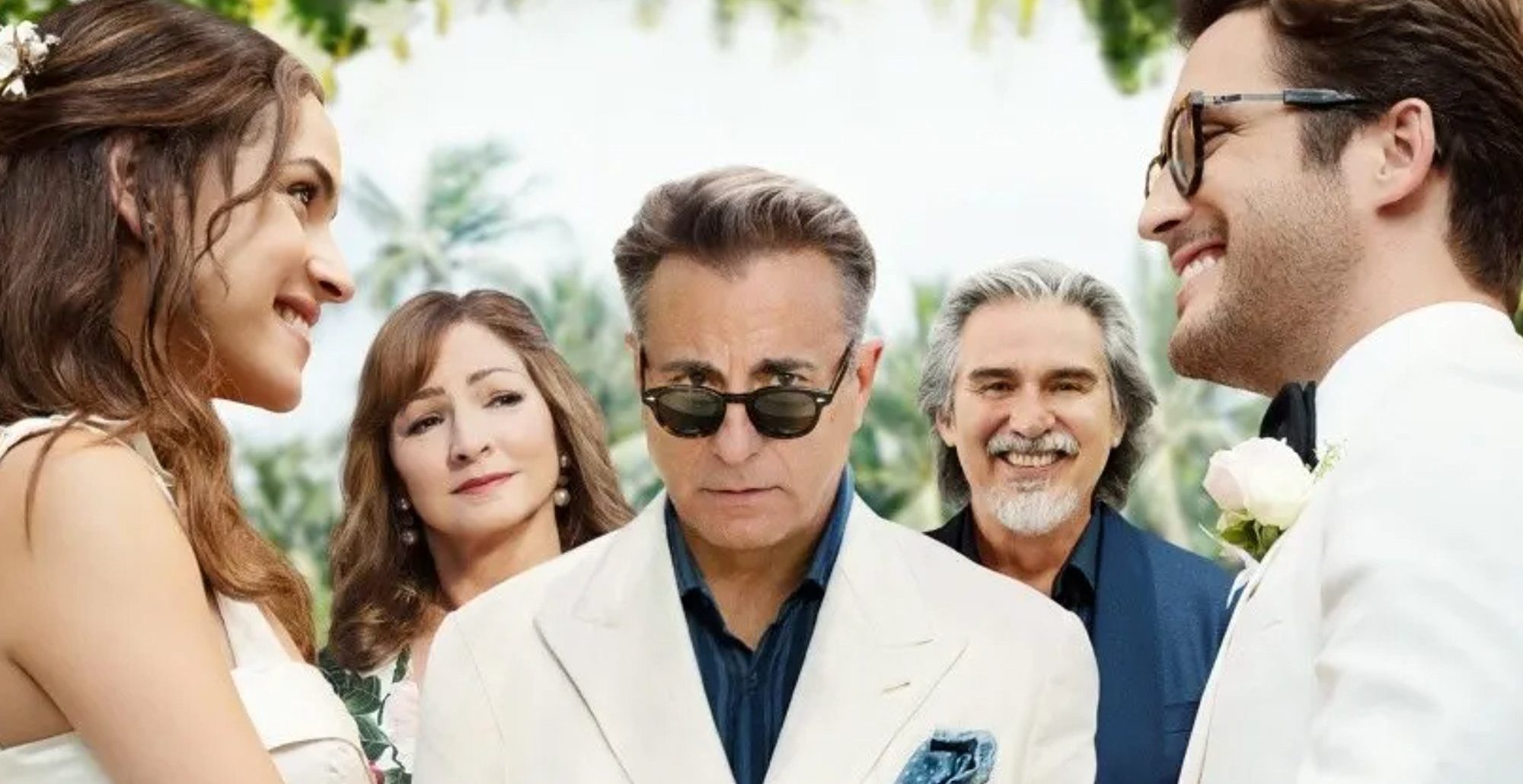 Based on the eponymous 1949 novel by Edward Streeter, ‘Father of the Bride’ follows a father who deals with the complications leading up to his daughter’s upcoming wedding. It is the third screen adaptation of the novel, preceded by the 1991 film and the original 1950 adaptation. Directed by Gaz Alazraki, the romantic comedy movie features hilarious performances from a talented group of actors and actresses, including Andy Garcia, Gloria Estefan, Adria Arjona, and Diego Boneta. If you enjoy romcoms, this movie might be right up your alley. So, allow us to provide you with the details you need!

What is Father of the Bride About?

‘Father of the Bride’ revolves around Billy, who has a hard time coming to terms with his daughter Sofia’s forthcoming wedding. It kicks off in a not-so-typical rom-com manner as Billy’s wife, Ingrid, wants out of their marriage while Sofia is in love with Adan and wants to marry soon. The movie tackles the various complexities new relationships can bring to a family, albeit in a comical way.

While Billy wraps his head around giving away Sofia’s hand in matrimony, the thought of saving his own marriage also runs in the back of his mind. Now, if you’re interested enough in the film’s premise, let’s find out where you can watch the heartwarming Andy Garcia-starrer.

Is Father of the Bride on Netflix?

We hate to tell you that Netflix doesn’t house ‘Father of the Bride’ in its extensive library of content. Talking of the streaming giant’s collection, there are plenty of other alternatives available at your disposal that you can enjoy watching instead. We recommend you watch ‘Like Father‘ and ‘Always Be My Maybe.’ While the former revolves around a father-daughter relationship, the latter is about two childhood friends reconnecting as adults, wondering if they’re meant to be more than friends. Both of these themes are quite prominent in ‘Father of the Bride.’

Is Father of the Bride on Hulu?

No, ‘Father of the Bride’ is not included in the massive catalog of Hulu. However, you can always turn to similar romantic comedies on the streamer, such as ‘The Wedding Planner‘ and ‘Bridesmaids.’ Both these movies involve the theme of weddings and a few rib-tickling turns they can take.

Is Father of the Bride on Amazon Prime Video?

Amazon Prime subscribers will have to look for ‘Father of the Bride’ on other platforms as it is not a part of the streaming giant’s regular offerings. But thanks to the streamer’s expansive collection of movies and TV shows, you are likely to find other alternatives you can turn to instead, such as ‘The Groomsmen‘ and ‘Stop the Wedding.’

Is Father of the Bride on HBO Max?

There is good news for HBO Max subscribers! ‘Father of the Bride’ is exclusively available for streaming on the platform; you can catch the romantic comedy film right here!

Where to Watch Father of the Bride Online?

Apart from catching the comedy movie on HBO Max, there is currently no other way for you to watch ‘Father of the Bride’ online. So, you might want to subscribe to HBO Max if you wish to watch the hilarious tale of a father and his soon-to-be-wed daughter.

How to Stream Father of the Bride for Free?

Unfortunately, unlike many other streaming platforms, HBO Max doesn’t offer a free trial period to any of its subscribers. This simply means that there is no way for you to stream ‘Father of the Bride’ for free. Nonetheless, we always encourage our readers to prefer to pay for the respective subscriptions to watch their favorite content rather than indulging in illegal and unsafe measures for doing the same!