Is Finding Alice Based on a True Story? 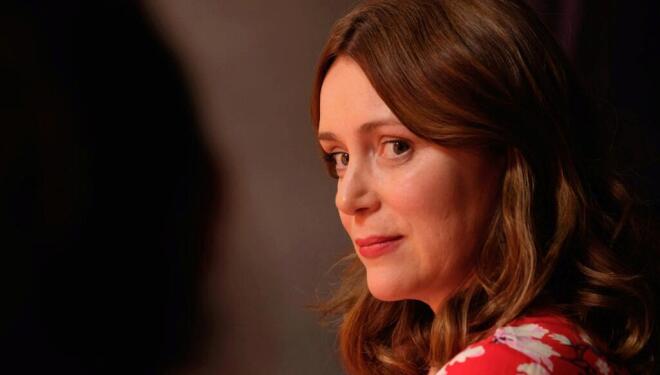 Co-created by Roger Goldby and Simon Nye, ‘Finding Alice’ is a story of the titular protagonist as she deals with the death of losing her husband of 20 years, who succumbs to his injuries after falling from the stairs of the smart home that he himself built. As she grieves the sudden passing of the love of her life, Alice’s life is complicated further by her parents and in-laws, who show little regard for her feelings of abandonment and loneliness. Meanwhile, her daughter Charlotte learns to bottle up her emotions and reacts far more maturely, realizing that her mother is struggling to come to terms with the tragic incident. As if these troubles were not horrible enough, Alice soon learns that her husband has been keeping secrets from her.

The dark-comedy drama series with elements of mystery has touched the heart of viewers worldwide thanks to its moving storytelling. The relatable story of the loss of a loved one and the accompanying grief and despair has got many viewers wondering about the show’s origins. If you, too, wish to learn more about the conception of the series, then let’s jump right in.

Is Finding Alice Based on a True Story?

No, ‘Finding Alice’ is not based on a true story. The series primarily focuses on the grief of losing a loved one which many of the viewers have naturally experienced in their own lives. However, the reliability of the premise has wrongly got some of the fans wondering that the story is inspired by real-life incidents, which is not the case with the dark-comedy drama show. However, having said that, it is noteworthy that the conception of the show’s narrative has sought some inspiration from heartbreaking stories of loss and grief.

In an interview, Roger Goldby, the co-creator of the series, explained that the idea for the premise came naturally to him while wondering about death and its aftermath. He said, “I was toying with how to tell a story about what happens to us when we die. Is heaven or hell the memory/legacy we leave behind? Then I just came around to grief. It seemed such a simple notion that it touches everybody. And that it was the way to tell a story. To look at the person who is left behind and the effect of the death on that person and the memory and all the rest of it through grief.”

The creators were aware that death is still somewhat of a taboo topic and television shows rarely use it as its central plotline. However, they nevertheless wanted to explore these ideas boldly. The experiences of losing a loved one played a vital part in the development of the show’s narrative, and Roger’s research was limited to his own life. He looked back on the sudden death of his father, which was one of his life-defining moments. On the other hand, Simon Nye did not limit his research to personal loss and went a step further.

He confessed in an interview that he read “A Grief Observed” by CS Lewis and other books on the subject to truly grasp the central theme of the show, i.e., grief and loss. The creators worked hard to make Alice’s reaction to the tragic incident as realistic as possible and managed to come up with a heartwarming story that has now touched the hearts of millions around the world. Although they have sought inspiration from personal loss to add a layer of realism to the show’s premise, the series is still a result of their own ideation alone.