Is Firebird on Netflix, HBO Max, Hulu, or Prime? 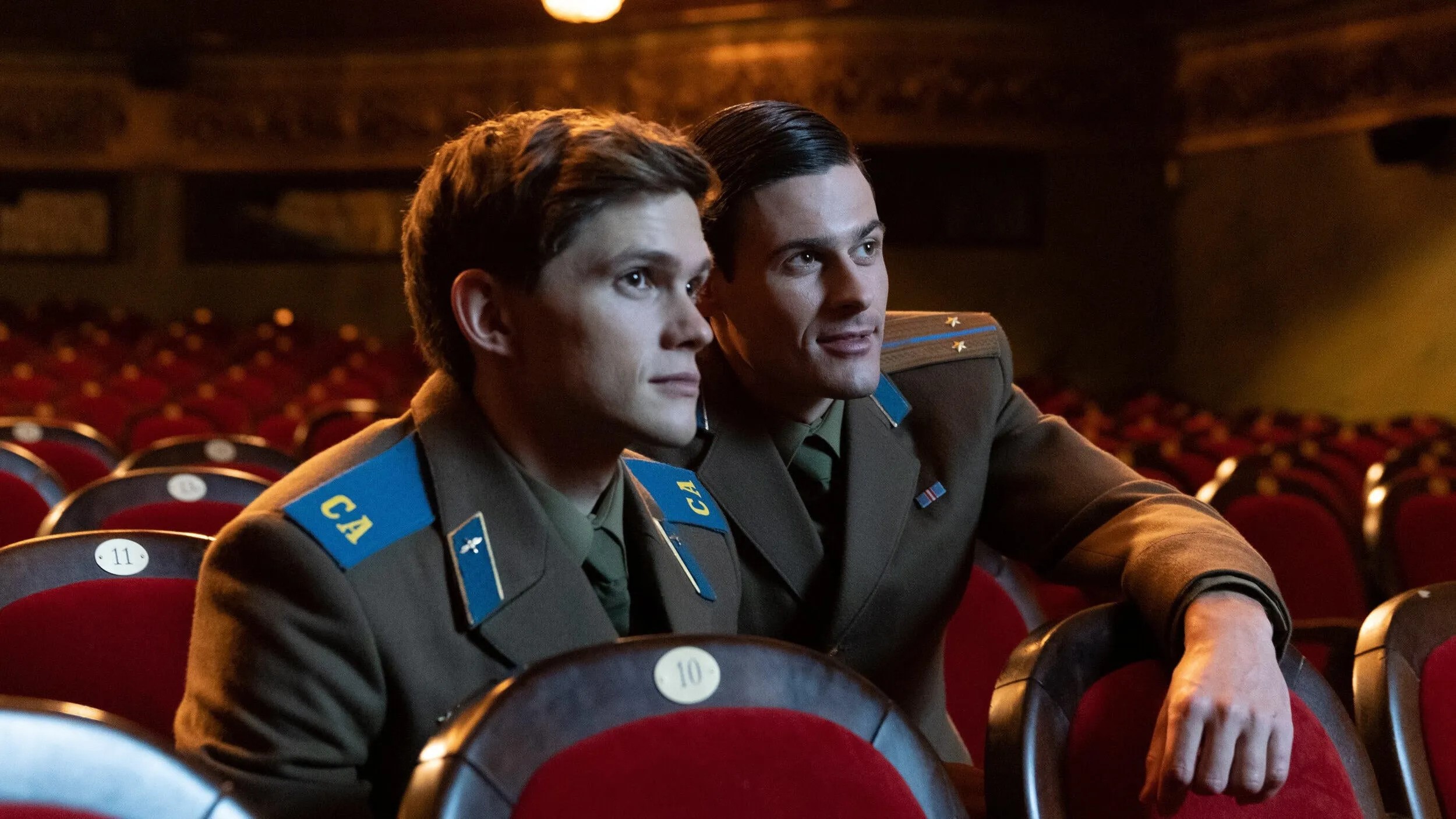 Based on the memoir titled ‘The Story of Roman’ by Sergey Fetisov, ‘Firebird’ is a romantic war drama movie that chronicles the true story of a forbidden romance between a fighter pilot and a young soldier during the cold war. Directed by Peeter Rebane, the romantic drama features a talented ensemble of cast members, including Tom Prior, Oleg Zagorodnii, Diana Pozharskaya, Jake Thomas Henderson, and Margus Prangel. In case you wish to know more about the film and watch it yourself, you might be interested in what we have to share!

What is Firebird About?

Set in the base of the Soviet Air Force in Estonia during the late 1970’s Communist rule, the narrative of ‘Firebird’ follows a young soldier named Sergey, who has dreams of becoming an actor and counts his days till his military service ends. With the arrival of a courageous fighter pilot, Roman, Sergey’s life gets turned upside down when they both lock eyes. Attracted to each other, Roman and Sergey decide to have a dangerous affair as a love triangle forms between them and Luisa, who is the Secretary to the base Commander. The trio risks their lives and freedom as the walls close in on them and their secrets.

Is Firebird on Netflix?

Netflix subscribers might be disappointed as ‘Firebird’ is not included in the streaming giant’s extensive collection of movies and TV shows. However, subscribers can enjoy watching similar films like ‘Dance of the Forty One‘ and ‘Elisa & Marcela.’ Although both are not set against the backdrop of war, they involve LGBTQ+ characters that are at war with the societal norms.

Is Firebird on Hulu?

No, ‘Firebird’ is not available for streaming on Hulu. However, subscribers can turn to other alternatives that depict the same themes; we believe you will enjoy ‘Moffie‘ and ‘The English Patient.’ The latter might not involve the theme of LGBTQ romance, but it highlights the setting of war, and you can get access to it by adding Showtime to your current plan.

Is Firebird on Amazon Prime Video?

Since ‘Firebird’ is not a part of Amazon Prime Video’s library of content, subscribers of this streaming giant will need to look for the romantic thriller on other platforms. Having said that, you can enjoy some similar films on the platform, such as ‘Soldier’s Girl.‘ It is set against the backdrop of war and the complications it brings to relationships, just like ‘Firebird.’

Is Firebird on HBO Max?

Although ‘Firebird’ is not available on HBO Max, it should not stop the subscribers from enjoying other alternatives that are at their disposal. We recommend you watch ‘Atonement‘ and ‘Cold Mountain.’ Both of these movies involve the themes of war and complicated relationships.

Where to Watch Firebird Online?

Since ‘Firebird’ released exclusively in select theatres, as of now, there is no way for you to catch the romantic movie online on any of the digital platforms. At the moment, the only way you can watch this story of forbidden love unfold is on the big screen. Thus, if you don’t feel like waiting any longer to enjoy the film, you can check out show timings and book tickets on Fandango.

How to Stream Firebird for Free?

As mentioned above, the romantic war film is not available for streaming on any of the platforms; thus, there is currently no way for you to stream ‘Firebird’ free of cost. All you can do is keep your fingers crossed and hope that it gets made available soon on any of the digital platforms that offer a free trial. Having said that, we always encourage our readers to prefer to pay for the respective subscriptions to get access to their favorite content instead of turning to illegal methods for doing the same.