Is Footloose Based on a True Story? 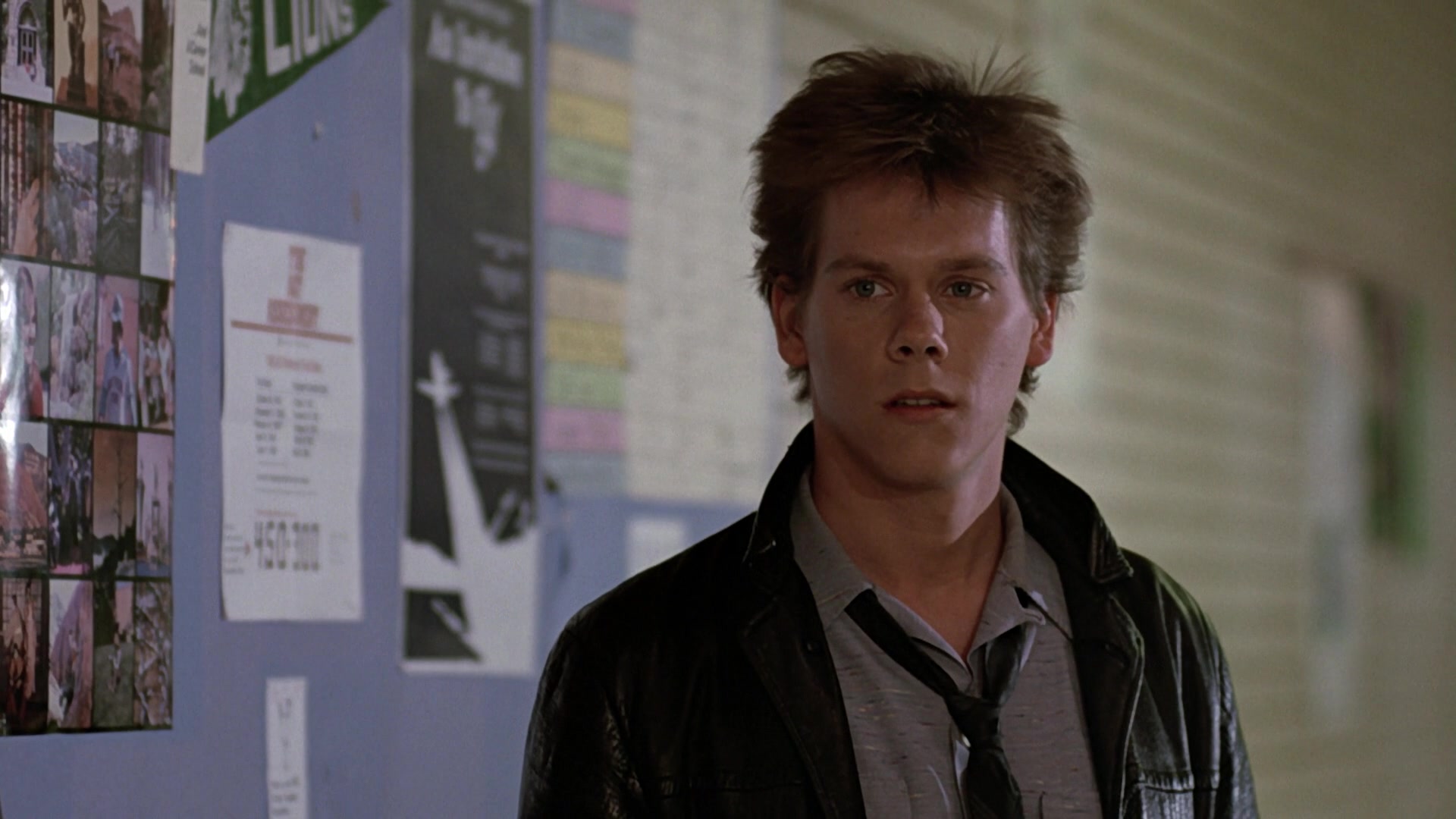 Directed by Herbert Ross, ‘Footloose‘ is a 1984 musical drama movie that follows Ren McCormack, who has recently moved to a small rural town Bomont, Texas, from Chicago, Illinois. While in school, he realizes that the Texan town has banned dancing and rock music within its limits. When Ren meets Ariel Moore, the rebellious daughter of Reverend Shaw Moore, he is determined to introduce the town to the joys of music and dancing. Thus, he tries to convince Ariel’s father and Bomont’s council to let the students hold the senior prom.

Starring Kevin Bacon and Lori Singer, the movie is an inspirational journey that sheds light on the importance of arts like dance and music. Over the years, the musical movie has garnered many fans and was also remade in 2011; however, many admirers can’t help but wonder about the inspiration behind the story. Is ‘Footloose’ based on real-life events or simply a fictional tale? Well, we are here to find the answers.

Is Footloose a True Story?

‘Footloose’ is partially based on a true story. Dean Pitchford, the writer of the film, took inspiration from actual incidents and added several new elements to make the story more palatable to the general audience. Though the town of Elmore City, Oklahoma, served as the primary inspiration for the movie, an incident in Lynden, Washington, a few years before the release of the 1984 musical, bears similarities to the Kevin Bacon-starrer as well. 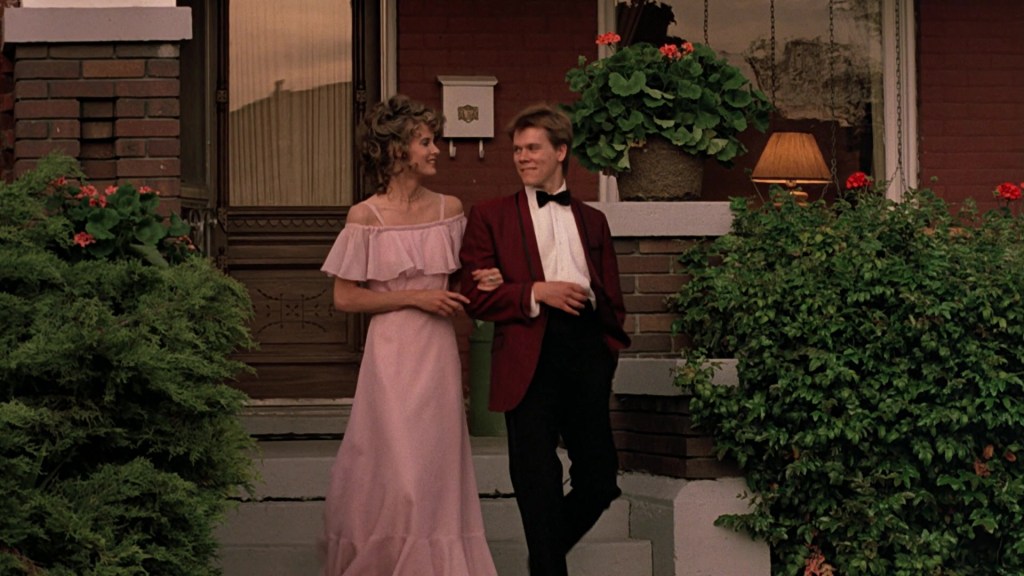 The complicated history behind Elmore City and performing arts dates back to its founding. In 1898, with the establishment of Elmore City, the town’s council decided to ban dancing to reduce the rampant heavy drinking. Oklahoma had not been granted statehood at the time, and the town was a part of the Chickasaw Nation. For more than 80 years, Elmore City and its residents kept up the ban until 1980, when the town’s youth came forward with a request in front of the council. The class of 1981 from Elmore City’s high school petitioned to overturn the ban and hold a junior prom in February 1980.

As expected, many traditionalists, within and outside the town, were reluctant to agree, and one of the most notable statements came from Reverend F.R. Johnson of the United Pentecostal Church, who lived in a nearby Oklahoma town named Hennepin. “No good has ever come from a dance. If you have a dance, somebody will crash it, and they’ll be looking for only two things – women and booze. When boys and girls hold each other, they get sexually aroused. You can believe what you want, but one thing leads to another,” he commented while discussing his opposition to the students’ petition. 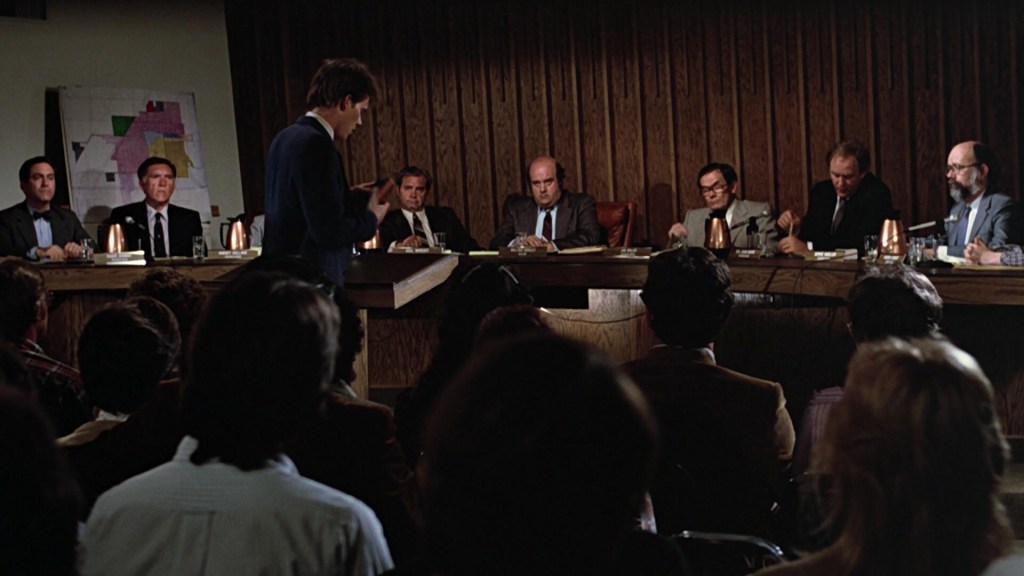 The matter of the prom was ultimately brought in front of the school’s five-member school board. When the vote count for the prom came back as 2-2, Raymond Lee, the board president, famously said, “Let ’em dance,” effectively lifting the ban. It turns out he had a strong motive to bring back dancing, especially for prom nights- a mountain just opposite Elmore City had become a popular hangout for teenagers. Since dancing was banned within the town, the students on prom night would indulge in heavy drinking on the mountain.

Raymond wanted to solve that issue and realized that lifting the ban would help solve the problem; in fact, he was one of the biggest helpers behind the petition file by the class of 1981. The event made international news and was even featured in People Magazine. Eventually, Dean Pitchford came across the story and started to adapt it for the big screen. The writer drafted a script and wrote lyrics surrounding a big-city teen who had to move to a town with no music or dance, serving as the background of Ren’s character.

Dean traveled to Elmore City and talked to the locals during his week-long stay to add authenticity to his story. After his visit, the writer returned home and added further details to the story, with several directly inspired by real-life events. In fact, he came up with Ren’s name by combining the first names of Rex Kennedy and Leonard Coffee, the junior class officers of the class of 1981 and prom organizers. 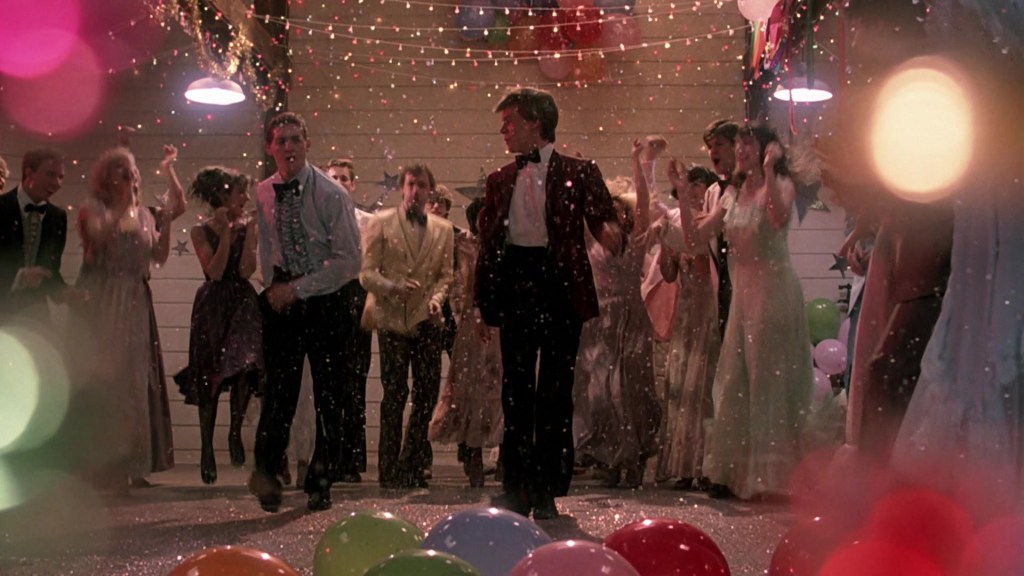 Interestingly, many people, especially from the town of Lynden, Washington, believe that even they may have served as an inspiration for ‘Footloose.’ In 1981, the town banned dancing at any events or places that allowed one to intake alcohol in an effort to reduce carousing. The ordinance propelled Lynden into national news as many commented upon the nature of the ban. ‘Footloose’ likely took some inspiration from the said event though Elmore City still seems to be the primary base for the movie.

In 2011, the movie was remade under the same title and was directed by Craig Brewer, but several details were changed in the second version. Unlike the original, Ren from the 2011 movie hails from Boston, Massachusetts, and his past and reason for moving to Bomont are much more complicated.

While the broader events within ‘Footloose’ are indeed based on real-life events, many fictional details were added to make the narrative entertaining. The backstory and struggles of the protagonist in both the 1984 film and the 2011 remake help the audience connect more to the ongoing events of those periods. Furthermore, Ren’s character helps bring the viewers to his side, rooting for the overturning of the ban. The romantic arc between him and Ariel also presents the viewers with a charming and easy-to-follow story.