Is Frisbee Dead or Alive in God’s Favourite Idiot? 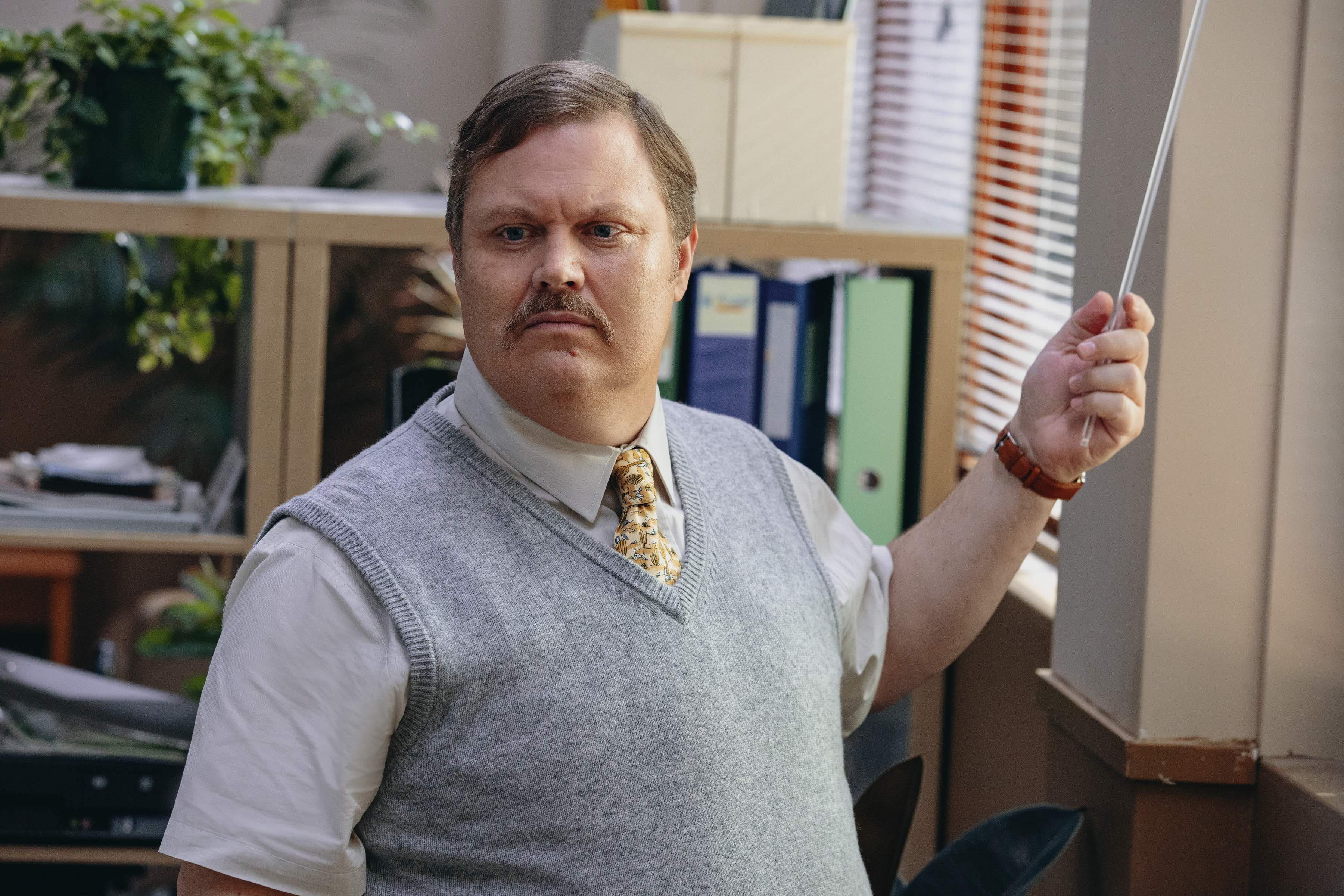 ‘God’s Favorite Idiot’ follows the story of a man named Clark Thompson, whose life changes after he is struck by lightning. When he begins to glow and starts exhibiting weird powers, an angel tells him that he has been chosen by God to save the Earth from the impending Armageddon. It turns out that there is a war going on between angels and demons, and it looks like the bad guys are winning. The only way that things can get better now is if Clark gets God’s message to the masses. But, Satan creates problems for him. At first, she tries to lure him to the bad side, and when that doesn’t pan out, she tries to kill him and his friends.

However, God has sent her angels to look after Clark. One of them is Frisbee. He had been Clark’s supervisor even before all the weird things happened to him. Everyone thought he was a regular human, but when Chamuel comes to Clark’s office, it is revealed that Frisbee is, in fact, a mid-level angel, whose job is the same in heaven as it is on Earth. Despite his love for desks and paperwork, Frisbee becomes an important part of Clark’s journey. In the end, Frisbee is found fighting for Clark, even though his opponent is Satan. As Clark and Amily run away, Frisbee’s fate is left uncertain. What happened to him? Did he survive the fight? Here’s what you should know about Frisbee’s future in the series.

Yes, Frisbee is still alive. The fact that he survived, though in a bad shape, is also confirmed by the fact that the last time we saw him, he was still breathing. Clark also worries if Frisbee is alright. Amily says that he should be, as being an angel should count for something, and we agree.

The last episode of ‘God’s Favourite Idiot’ Season 1 leaves Clark and his friends in shambles. In order to distract Satan and buy some time for Clark and Amily to run away, they separate. Frisbee is left alone in the hallway, which is where he encounters Satan. After brief chitchat, where Satan tries to entice Frisbee into switching sides, she punches him thrice on the nose. Now, for any regular person, it would certainly have led to a broken nose, but Frisbee is not any regular person. We don’t see even a scratch on his face. This is due to the fact that angels don’t generally bleed. This means that even if he is being punched by Satan, it wouldn’t be so easy to hurt or kill him.

Even though he is no match for Satan, Frisbee still holds his own in the fight. He rejects her offer to have a room full of endless files, no matter how good it sounds. He makes it clear that it is not that easy to get into his brain and manipulate him. Similarly, he shows that is not as easy to put him down in a fight. He is stronger than he looks and it will take much more than throwing him off the building to kill him.

We had seen this previously with Chamuel, who is a lot stronger than Frisbee, is higher up the ladder, and can actually fight. He was injured during the battle where Satan’s sword made him bleed. This was a surprise for him and Frisbee because they didn’t think it was possible for angels to bleed. This means that angels aren’t exactly infallible. They can be hurt, and possibly even killed, but that doesn’t mean that the task is so easy. So, even though Frisbee couldn’t fly to save himself from falling, he is still alive and kicking.

Read More: Is God’s Favorite Idiot Based on a True Story?