Is Garrett Magee Married? Does He Have Kids? 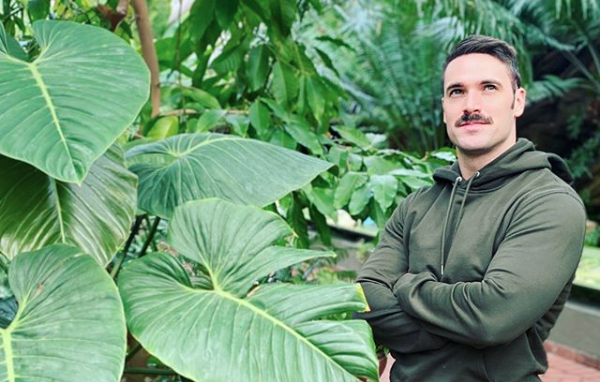 Nobody can create the kind of magic with plants that Garret Magee can. If you have seen his work on Bravo TV’s ‘Backyard Envy,’ you know exactly what I’m talking about. He studied graphic designing at the Art Institute of Chicago, but he eventually found himself unhappy, stuck in a corporate job. So, he decided to enroll in classes at the New York Botanical Gardens. This decision completely changed his life and helped him find his true calling. The Tennessee native then co-founded Manscapers, a landscaping firm based out of New York, with his two best friends, Melissa Brasier and James DeSantis. The three are the stars of the show, which is returning with another season! Here is everything you need to know about this self-described ‘plant specialist.’

Wedding bells are ringing for Garrett Magee, 36, who proposed to his boyfriend, Andrew Walko who is 35-years old, in 2019.

Mazels are in order for @BravoTV's BACKYARD ENVY star @garrettbmagee, who is engaged to his longtime boyfriend Andrew Walko. I've got all the exclusive details over on @people:https://t.co/31ZVhq6r3f#BackyardEnvy pic.twitter.com/KH6lPSvhzm

They met at a house party in New York City on Memorial Day. Subsequently, they started dating while they were on Fire Island celebrating Pride back in 2015. This place will forever hold special meaning for them, as it is here where Magee decided to pop the question to his boyfriend. He timed it such that the sun setting on the beach would create the perfect milieu for the proposal. Andrew said yes, and the couple has yet to fix a wedding date, although they are keen on tying the knot in the fall of 2020.

Andrew, who graduated with a degree in communication design, currently works as the associate creative director for UM Worldwide and has worked with many brands like Starbucks, Microsoft, Spotify, and Youtube in the past. Garret himself has worked with many high-profile clients and celebrities like Meryl Streep. According to his website, Andrew loves baking and staying updated on all those things that teens tend to care about.

Garrett believes that he has found his soulmate and the perfect partner in Andrew. Not only have they traveled the world together, but they have also explored every beach that they could find and they also share a love for plants! “I’m over the moon excited,” said Magee to PEOPLE in an exclusive interview. It is imperative to note that while he wasn’t worried Walko would say no, he did say, “I do feel a sense of relief it’s over and he said yes.”

In an interview with World of Wonder, when asked what his craziest date ever was, he responded, “Craziest date that I almost went on was buying Andrew tickets to a 3-day Kesha cruise in the Caribbean. He almost killed me! Luckily, I was able to get a refund.”

As of today, Garrett Magee has no children of his own.  But that does not mean that he doesn’t mean that kids are absent from his life. In fact, his sister gave birth to triplets a few years ago, and he is always spending time with them. His business partner and best friend, Melissa Brasier, also gave birth to her daughter 4 years go, and he loves to babysit her often. He mentioned, in the same interview, that to get children to stop crying, he puts frozen on repeat.

Read More: Is Melissa Brasier Married? Does She Have Kids?