Is CBS’ Ghosts Based on True Story? 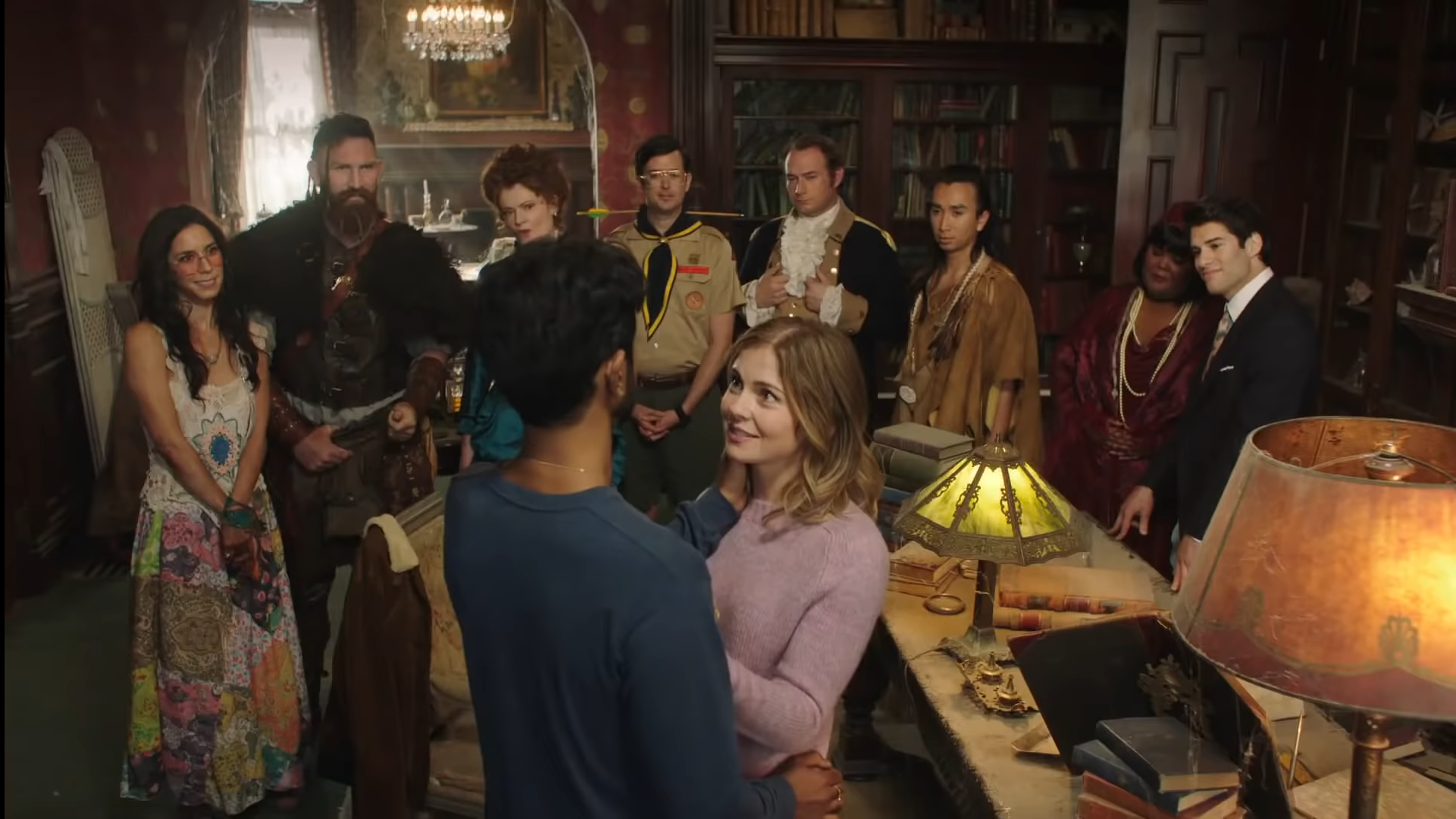 CBS’ ‘Ghosts’ is a supernatural comedy that finds its delights right. A well enjoyable goofy-ride, the sitcom follows a married couple, Samantha (Rose McIver) and Jay (Utkarsh Ambudkar), and their ambitions to set up a bed-and-breakfast establishment with a country estate Samantha inherited from her aunt. Things take an unforeseen turn when a bunch of ghosts residing within the estate tries to resist the couple’s plans to protect their abode. After an accident, Samantha starts to communicate with the ghosts, and the ludicrous events begin!

With Joe Port and Joe Wiseman serving as showrunners, ‘Ghosts’ is a humorous expedition with a group of ghosts from different eras, ranging from an incredible Viking to a high-roller. The sitcom is set in a majestic country estate, and follows the trope of “ghosts stuck in a big manor,” but stands out because of its admirable hilarity. Still, it makes one think about the possibilities of the supernatural in the darkest corners of the prodigious houses, inspiring us to delve into the truth behind ‘Ghosts.’ Let’s take a look!

Is Ghosts Based on a True Story?

No, ‘Ghosts’ is not based on a true story. It is an American adaptation of the eponymous British sitcom, created by Mathew Baynton, Simon Farnaby, Martha Howe-Douglas, Jim Howick, Laurence Rickard, and Ben Willbond, who also serve as executive producers of the CBS version. In an interview with Pop Culture, the writers and showrunners Joe Port and Joe Wiseman talked about how they came across the original sitcom for the first time. Wiseman said, “CBS sent us the link, and I watched the first five minutes and was like, ‘I’m in. I love it.'” 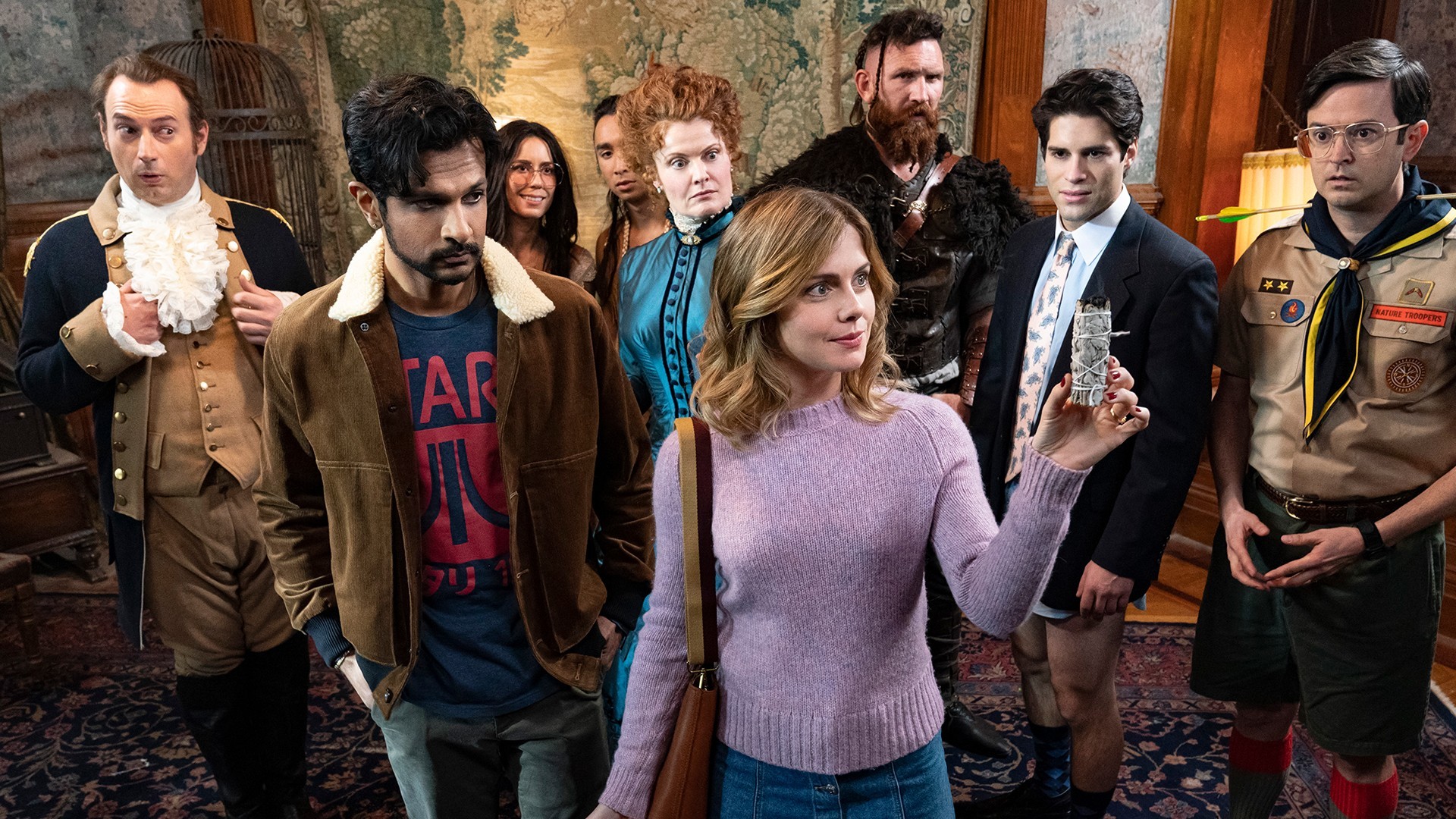 He added, “I just immediately fell in love with all the characters and the idea and it just immediately felt like something on TV.” The foundation of the adaptation happened when the screenwriting duo recognized the potential of the characters. “You basically think of ghosts from history, from that specific location and that would give you a base to sort of start forming characters,” Wiseman revealed. For Joe Port, the possibility of a remake excited him because “we could take our own American archetypes and populate the ghost world with them.”

The roots of the sitcom, according to the writers, are not about ghosts at all. According to Port, the idea of creating a group of ghosts from different timelines is a “great vehicle to understand the American history and culture,” clarifying that there are no real ghosts behind the show. The parent show of the sitcom, BBC’s ‘Ghosts’ is not based on a true story either.

In an interview with The Royal Television Society, Mathew Baynton, one of the creators of the British show, talked about what inspired him to create the show. “It is the fact that they’re stuck there, with nothing meaningful to do but fill their time. That felt to me like thrillingly metaphorical and existential. It was like: ‘oh, this is actually about being alive. We’re here, none of us can agree even why we’re here, and we can’t even work out what to do with our time,’” Baynton stated.

At its core, the CBS sitcom is more about drama than the spirits. The fuel of the show is the drama emanating from the chaos a group of ghosts from different timelines can create. The sitcom also shows us how a bunch of people with different ways of life can co-exist and unite for a common cause. Even though ‘Ghosts’ is far from reality, it does portray human emotions in a warm and amusing way, camouflaged with ghostly apparel!