Is God Friended Me Season 3 Canceled? 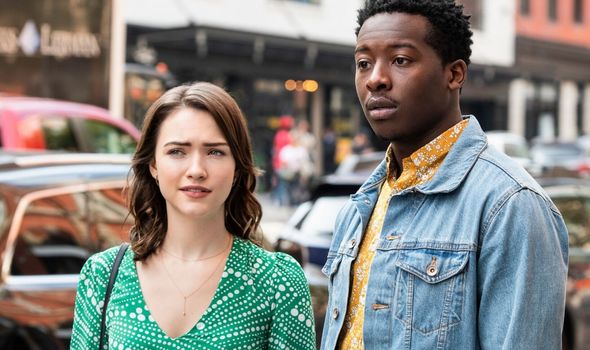 Combining religious faith with modern technology, ‘God Friended Me‘ is a unique show. The comedy-drama centers around an atheist who gets a friend request from ‘God.’ Unwittingly, this man becomes an agent of change in the lives of others. Miles, who’s an outspoken podcaster, is initially skeptical when the Facebook profile of ‘God’ sends him friend suggestions of people to help in his hometown, New York City. During his adventures, Miles meets Cara, a struggling magazine writer. Together, Miles, Cara, and his hacker friend, Rakesh, attempt to find out who’s behind the profile of God on Facebook.

At the same time, Miles goes about helping people, like a doctor who’d lost his patient, and was about to lose his girlfriend. ‘God Friended Me’ also highlights the family tension Miles goes through because the atheist’s father happens to be the pastor of an Episcopal church in Harlem.

The series wonderfully portrays how modern-day communication is encapsulated in Facebook, which provides a virtual platform for social interactions. While the series received average ratings, Collider incisively summed it up, saying the show is “heavy on the hamminess, rooted in religion and old-fashioned morality, and misunderstands the lifestyle of your average human under the age of 35 on every fundamental level.” However, Miles’ character has received praise for being likable.

‘God Friended Me’ Season 2 was greenlit by CBS in January 2019. It started airing on September 29, 2019. While fans might have been expecting a third season, they are in for some disappointment. Deadline reports that CBS decided to cancel the third season, officially, on April 14, 2020.

However, the decision was made amply beforehand, to allow the creators to bring ‘God Friended Me’ to a satisfactory conclusion. CBS and WBTV released a joint statement, saying, “We’re extremely proud of the unique concept and uplifting stories God Friended Me has told over the past two seasons. We thank the brilliant cast, writers, production team and crew for a show that stirred thoughtful conversation about faith, life, and happiness, and made viewers feel good at the end of each episode.”

Violett Beane, who plays Cara in the series, responded to the news of the cancelation in a lengthy Instagram post. You can check it out below.

Michael Hall, who plays Miles, also got back to fans in an Instagram Q&A session, saying that the news was a hard pill to swallow, but he felt grateful to everyone for their love and support.

While fans have indeed expressed surprise at the news of cancelation, there have not been clamors for other networks to pick up ‘God Friended Me.’ Therefore, it seems to be the end of the road for the show. However, the series is bound to get a proper sendoff, considering that the cancelation has not been a sudden announcement.