Is Gordita Chronicles Based on a True Story? 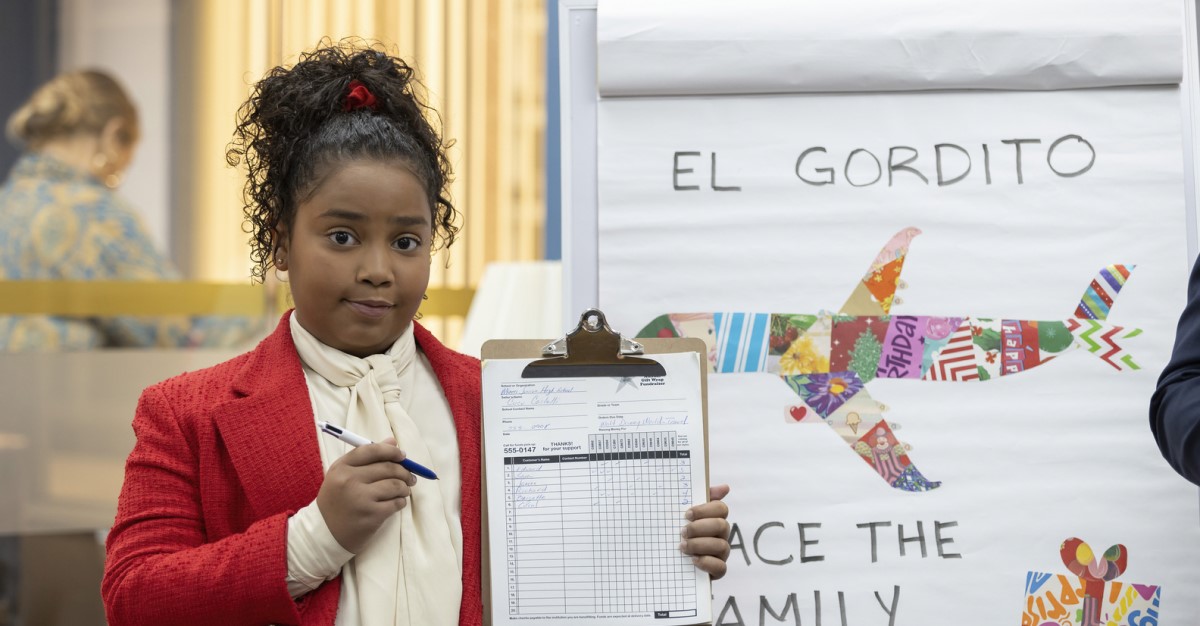 Created by Claudia Forestieri, ‘Gordita Chronicles’ is a comedy series about 12-year-old Cucu “Gordita” Castelli, who moves with her family from Santo Domingo, Dominican Republic, to Miami, Florida in the 80s. Though her parents desire their children to have the perfect American life, fitting into the expected lifestyle might be more complicated than the family of four expected.

Starring Olivia Goncalves, Diana-Maria Riva, Juan Javier Cardenas, and Savannah Nicole Ruiz, the show provides a glimpse into 1980s Miami and the struggles immigrant children often undergo to try and fit in with their peers. Despite being full of eccentric situations, the narrative presents an issue close to many hearts, so naturally, people cannot help but wonder if the show is inspired by real life. Well, here’s what we know about the origins of ‘Gordita Chronicles.’

Is Gordita Chronicles a True Story?

Yes, ‘Gordita Chronicles’ is partially based on a true story. The show is a creation of Claudia Forestieri, who took inspiration from her own life to write the heart-touching series. Her motivation came in 2016, while Donald Trump was running for the President of the United States. “When Donald Trump was running for President, he said a lot of very offensive things about immigrants. I wanted to tell a story about all the immigrants that I grew up around in Miami, that loved this country and were just trying to improve the nation, and then make better lives for themselves,” Claudia told Variety.

Like the protagonist Cucu, Claudia is a Dominican who moved with her family to Miami, Florida, in the 80s. Aged 7 at that time, she recalled in an interview how immigrants in South Florida were branded as “criminals” by the media in those days. She further shared that she initially faced difficulties due to the language barriers and cultural differences with her American peers, who not just told her to change but began calling her “la gordita.” The Spanish slang, which roughly translates to “chubby girl,” along with her childhood experiences, likely motivated Claudia to create Cucu, AKA Gordita’s story.

Zoe Saldaña, one of the producers of the comedy series, was over the moon to be able to work on such a story. “We always worked towards having the accurate representation of the Dominican American experience. We always felt like, ‘Okay, we’re working towards that, but we recognize that we’re probably light years away from it.’ It’s a hopeful situation, so when Claudia’s project came along and it was about her life, and we got to know her and to know that HBO Max was involved, it was the opportunity that we were dreaming of. To be able to amplify the American-Dominican family,” the producer explained.

Not just that, showrunner Eva Longoria, who also directed the show’s pilot, was quite delighted with the story. Her main aim has always been to create something with a purpose, and the show seemed to check all the marks. According to Eva, there are not enough comedy shows, especially family comedies, that provide Latinx representation. ‘Gordita Chronicles’ not only stands true on that front but also tells a story that many can relate to.

Another person who could not be happier with the show’s theme is Brigitte Muñoz-Liebowitz, who also serves as showrunner. She wanted to present the picture of immigrants that she is familiar with rather than the negative stereotypes perpetuated among the public. Moreover, Brigitte saw her own family represented in ‘Gordita Chronicles,’ as Cucu’s journey as a young immigrant teenager is quite close to her own life. The showrunner was happy to see how the story depicted a family’s experiences as they come together to make a new and hopefully better life in a strange and promising country.

Though several antics of the Castelli family are certainly over the top, they reflect a significant percentage of the American population. Whether it’s the awkward stage that Cucu has found herself in or Emilia’s desire to simply fit in with her peers, the issues are familiar to those who moved to the USA at a young age. Even the efforts made by the Castelli parents to provide a dream life for their children is a depiction of what motivates most people to come to the US. Thus, we can say that ‘Gordita Chronicles’ is a balanced mixture of real-life and fictional elements, solving its purpose of authentically depicting the life of immigrants with a humorous twist.