Is Harold Wallach Based on a Real Person? How Did He Meet Angelyne? 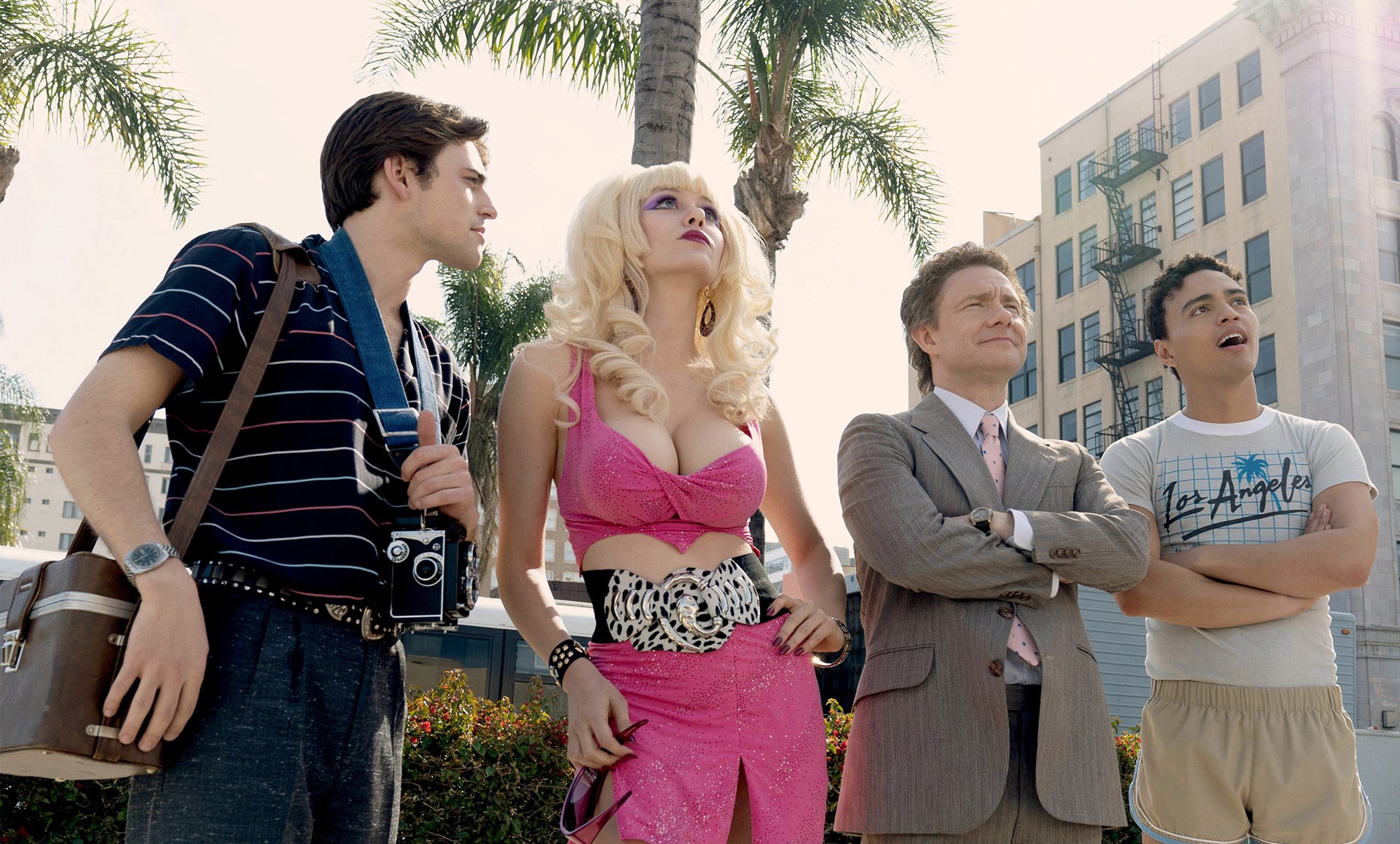 The Peacock miniseries ‘Angelyne’ follows the titular LA celebrity as she rises to fame in the 80s and 90s because of her strategically placed billboards around the city. As Angelyne becomes popular, appearing on talk shows and perpetually seen driving around town in her characteristic pink car, questions about her past arise. The news story that ultimately reveals Angelyne’s past is full of unexpected details.

The show is an intriguing mix of fantasy and fact, taking inspiration from journalistic sources and the real-life Angelyne’s whimsical persona. The narrative occasionally feels almost like a documentary, but just how real are the characters that populate it? Let’s take a closer look at one of Angelyne’s most significant associates on the show — Harold Wallach.

Is Harold Wallach Based on a Real Person?

As it turns out, the character of Harold Wallach is allegedly based on the real person — Hugo Maisnik. In the Peacock original, Martin Freeman essays the intriguing character with effortless ease. Hugo Maisnik was known as Angelyne’s manager during her peak as the “billboard queen.” As depicted on the show, Hugo ran an inherited display-printing business and helped Angelyne secure many of her most famous billboards. He was also the answer to many speculative questions about Angelyne’s source of funds.

Apart from his printing business, Hugo also invented an adhesive tape called Hugo’s Amazing Tape. Incidentally, his daughters appeared on a Shark Tank episode in 2018 with the very same product. During the episode, they also revealed that their father had passed away. A 2017 interview with Jesse Small, who attempted to make a documentary on Angelyne in 2012, also revealed that Hugo spent some time in a retirement home in Westwood, adding that he was living with Alzheimer’s.

Over her multi-decade career as an icon, Angelyne dabbled in acting and released two music albums. However, her predominant claim to fame was her appearance on a staggering number of billboards around Los Angeles, which, at one point, numbered more than 200! In a 2019 interview, Angelyne said, “Success is a high better than any drug, and to be honest, I got kind of addicted to the attention. I became a billboard junkie.”

As for Angelyne’s relationship with Hugo, who was older than her and married at the time she met him, she said that things had always remained platonic. Jesse Small also revealed that Angelyne’s belief in the barter system, to essentially not pay and instead exchange things for mutual benefit, was part of the teachings imparted to her by Hugo. In the same interview, Small shared that Hugo told him that he and Angelyne had a 50-50 deal.

It seems that the printing businessman had quite an influence on Angelyne’s trajectory since her first billboard went up only after she met him. The sign in question said “Angelyne Rocks” next to her signature image and was situated on Sunset Boulevard. On the show, Harold Wallach’s daughter, Wendy, has to contend with Angelyne’s seemingly constant presence. In real life, Hugo’s daughter, Katherine Saltzberg, wrote a one-woman play titled ‘Los Angelyne’ in which she described growing up in the pink-clad icon’s shadow.

How Did Hugo Maisnik Meet Angelyne?

According to Angelyne, she met Hugo in 1982. After leaving her then-boyfriend’s band, Baby Blue, Angelyne focused on a solo music career. While she was looking for a printer to advertise her self-titled music album, her paths crossed with Hugo. Angelyne described him as a “very eccentric, bored prankster” who immediately understood the value of her image. Since Hugo was already in the billboard business, he also served as a mentor of sorts and eventually helped Angelyne get her first billboard up on Sunset Boulevard in 1984.

Read More: Is Angelyne’s Jeff Glasner a Real Journalist? Where is He Now?