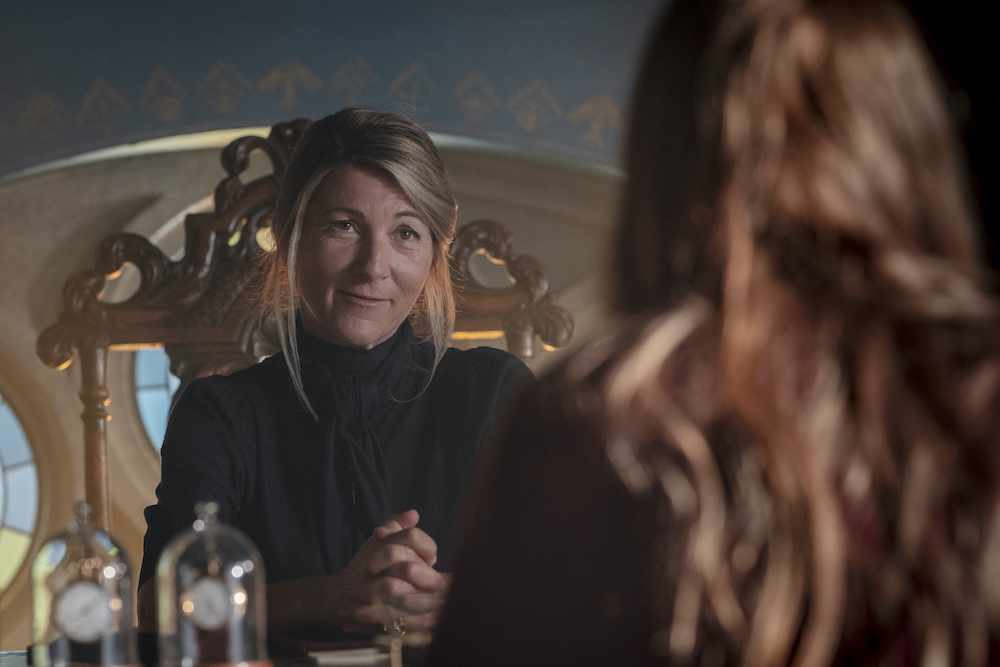 Netflix’s ‘Fate: The Winx Saga’ is set in the world of fairies and witches and other supernatural creatures. We follow the story from the perspective of the people in Alfea, a school where fairies learn to control and hone their magic. Many dangers lurk outside the boundary of the school and there is only one person that often stands between the students of Alfea and their imminent death. It is headmistress Farah Dowling.

Despite her being such a powerful presence in the show, it was a shocker in the finale of Season 1, when she met an untimely demise at the hands of her former mentor, Rosalind. It looked like Dowling was gone for good, but then her surprise appearance in Season 2 changed the way her arc was previously presented. If this sudden turn of events confused you and you want to know more about what actually happened to Dowling and whether or not Eve Best will reprise her role in the coming seasons, then here’s all you need to know.

What Happened to Headmistress Farah Dowling?

Considering the events of Season 1 and 2, it is confirmed that Farah Dowling is dead, though it doesn’t mean that she is gone for good. In the Season 1 finale, after Alfea is saved from the brutal attack of the Burned Ones, Rosalind comes back to claim her power. She has a lot of plans for Alfea and she knows that Dowling will never approve of them. Dowling, too, knows that Rosalind would never allow someone to stand in her way, which means that her former mentor will surely kill her. This is why, in the garden, just before Rosalind kills her, Dowling casts a spell that becomes the reason for her return in Season 2.

Knowing that Rosalind is much more powerful than her and that she’ll never survive whatever Rosalind has planned for her, Dowling focuses on her death. She taps into all of her magic to preserve herself in the nature of the garden. This means that even when her physical body is gone, her spirit is contained in the grass, flowers, and plants of the garden. Rosalind does a good job of burying her body so that it won’t be found out by anyone else, which is why Dowling has to bide her time and wait for someone to come find her.

In Season 2, when Bloom discovers that Rosalind had killed Dowling, she kills her when she loses control of the Dragon Flame. For this, she is put on trial, and to turn the case in her favor, Terra and Flora come up with a magic that will allow them to find out where Rosalind buried Dowling. While they don’t find the body, they discover a mysterious plant that wilts every other plant around it. When the Winx group channel the energy of the Dragon Flame from the crystal they’d used to get back Musa’s magic, the plant comes back to life and releases Dowling’s spirit, which it had been holding on to all this time. 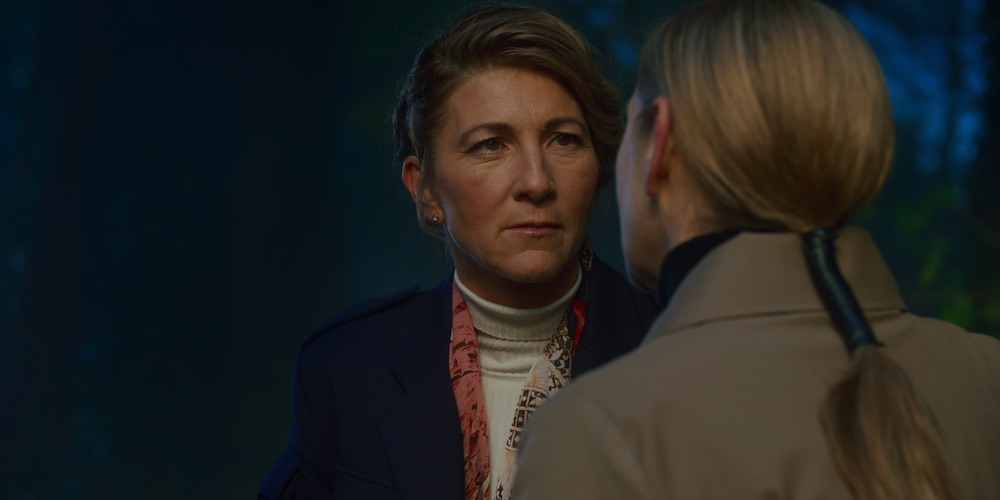 Dowling’s return is also well-timed because the Winx club needs her to free Bloom who has been sentenced to be in stasis for twenty years for killing Rosalind. On freeing her, Dowling tells the girls that she didn’t survive Rosalind’s attack, which means she is dead. Her spirit can only be around long enough to impart a final lesson to the girls and to say her goodbyes. As her spirit dissipates into the air, it becomes clear that Dowling is not coming back, either in the body or in spirit.

Does this mean that we’ll never see Dowling again? It depends on two things. First, characters who have died in present timelines are generally brought back in flashbacks or when traveling to the past comes into the picture. Because ‘Fate: The Winx Saga’ is all about magic, we wouldn’t put it past the show to indulge in such plot devices. The second factor is the availability of Eve Best. The Olivier Award-winning actress enjoys a busy career that involves movies, TV shows, and theatre.

Currently, she is known for playing Rhaenys Velaryon, the Queen Who Never Was, in ‘House of the Dragon’. Should the writers of ‘Fate: The Winx Saga’ come up with a way to bring back Dowling, Best will have to make some space in her schedule to reprise her role in the Netflix show. However, if the writers go further back into Dowling’s past, then they might cast another actress to play a younger version of Dowling, which means that while her character may come back to the Otherworld, Best might not. Only time will tell if we’ll see the beloved headmistress again.

Read More: What Happened in Aster Dell? Who Killed the People of Aster Dell?