Is Heartbreak High (2022) a Reboot or a Sequel of the Original Show? 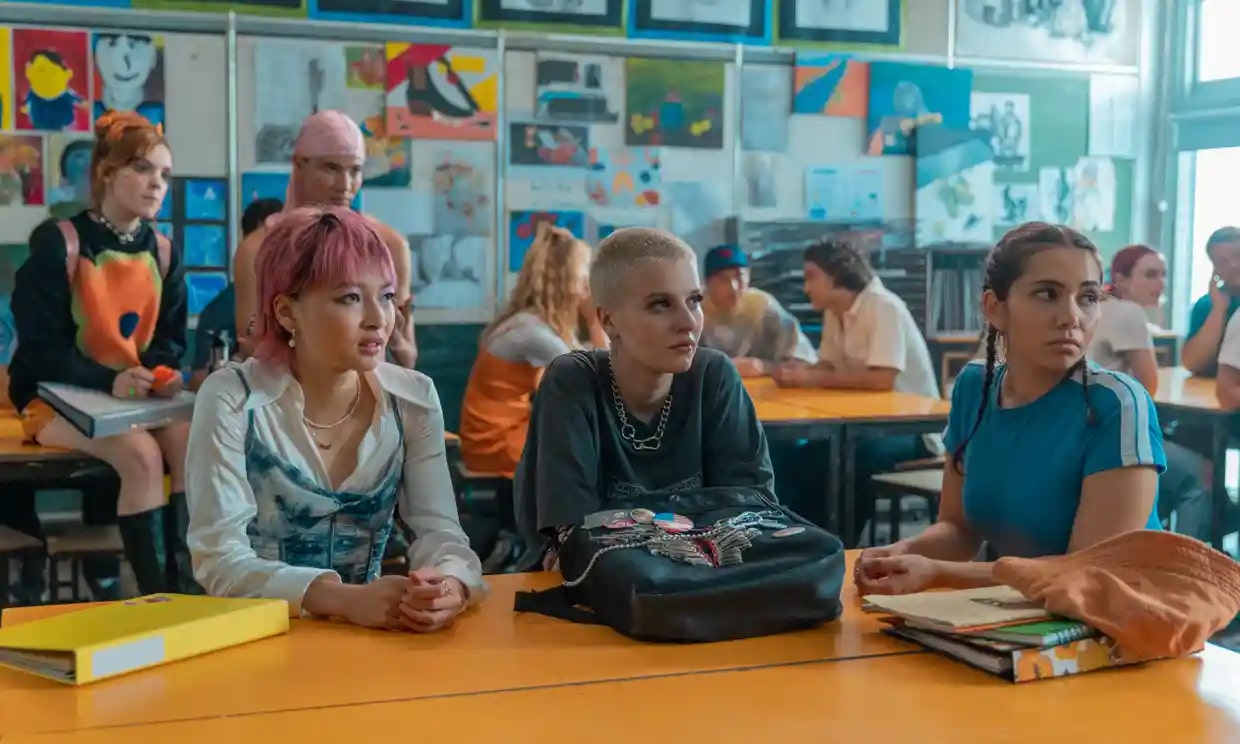 ‘Heartbreak High’ is a Netflix teen drama series. The show revolves around the students of Hartley High and their struggles. Amerie (Ayesha Madon) is a student hailing from a working-class background. Her scandalous mural depicting the secret hook-ups of various students turns her into a pariah at school. With the help of outsiders Quinni and Darren, Amerie sets out to fix her reputation and live the life of a normal teenager.

Created by Michael Jenkins and Ben Gannon, the original ‘Heartbreak High’ aired on Network Ten between 1994 and 1996 and on ABC TV between 1997 and 1999. It is the spin-off of the 1993 Australian feature film ‘The Heartbreak Kid,’ which itself is based on the 1987 stage play of the same name. If you are wondering whether ‘Heartbreak High’ is a reboot or sequel of the original series, we got you covered.

Netflix’s 2022 series ‘Heartbreak High’ is a reboot of the original show, not a sequel. Created by Hannah Carroll Chapman, Ben Gannon, and Michael Jenkins, the Netflix series takes place nearly three decades after the original show and uses the core narrative of the 1990s’ series to explore themes that are quintessentially 2022. The latter show doesn’t introduce newer versions of the characters from the original series. Instead, it has its own cast of characters.

Chapman told The Guardian in a September 2022 interview that she has been a fan of the original show since she was a teenager. “I was obsessed with the show when I was a teen; the opening credits music is still a dopamine hit for me,” she stated. “I [re]watched every single episode before we got into the plot room.”

According to executive producer Carly Heaton, the early meetings about the reboot reignited the passion of everyone involved for the 1990s show. “Of course the ‘rack off!’ compilation got sent around, and it ignited everyone sharing their feelings about [the show] and why it was so important,” she said. “It was that authenticity, I think. There was a level of aspiration – you know, they didn’t have uniforms, and they were cool – but their families looked like ours, their houses looked like ours, so it made us all feel really seen.”

In the efforts to modernize the 2022 series, mature themes were injected into the narrative. The Netflix show deals with consent, gender identity, sexual orientation, class exploitation, drug and alcohol abuse, and peer pressure. “[Heartbreak High] was groundbreaking for its time, so the team sat down and thought ‘What are the things that need to be discussed now?’” Heaton stated. “It [the class exploitation] is part of its essence, that lower-to-middle socio economic group; that’s where most of us grew up. We want aspiration, but in the same way Heartbreak did it; they’re cool, and you still want to be them, but there are people struggling, single parent families, people doing shift work. Often TV has portrayed that in terms of the struggle, and it can be very dark, but there’s love and hope in this. Just because you don’t have a lot of money doesn’t mean you don’t have a good life.”

For Chapman, this was an opportunity for her and her collaborators to give Generation Z their own version of ‘Heartbreak High,’ and the eight-episode Netflix series is definitely a success in that regard.