Is Heartland Based on a True Story? 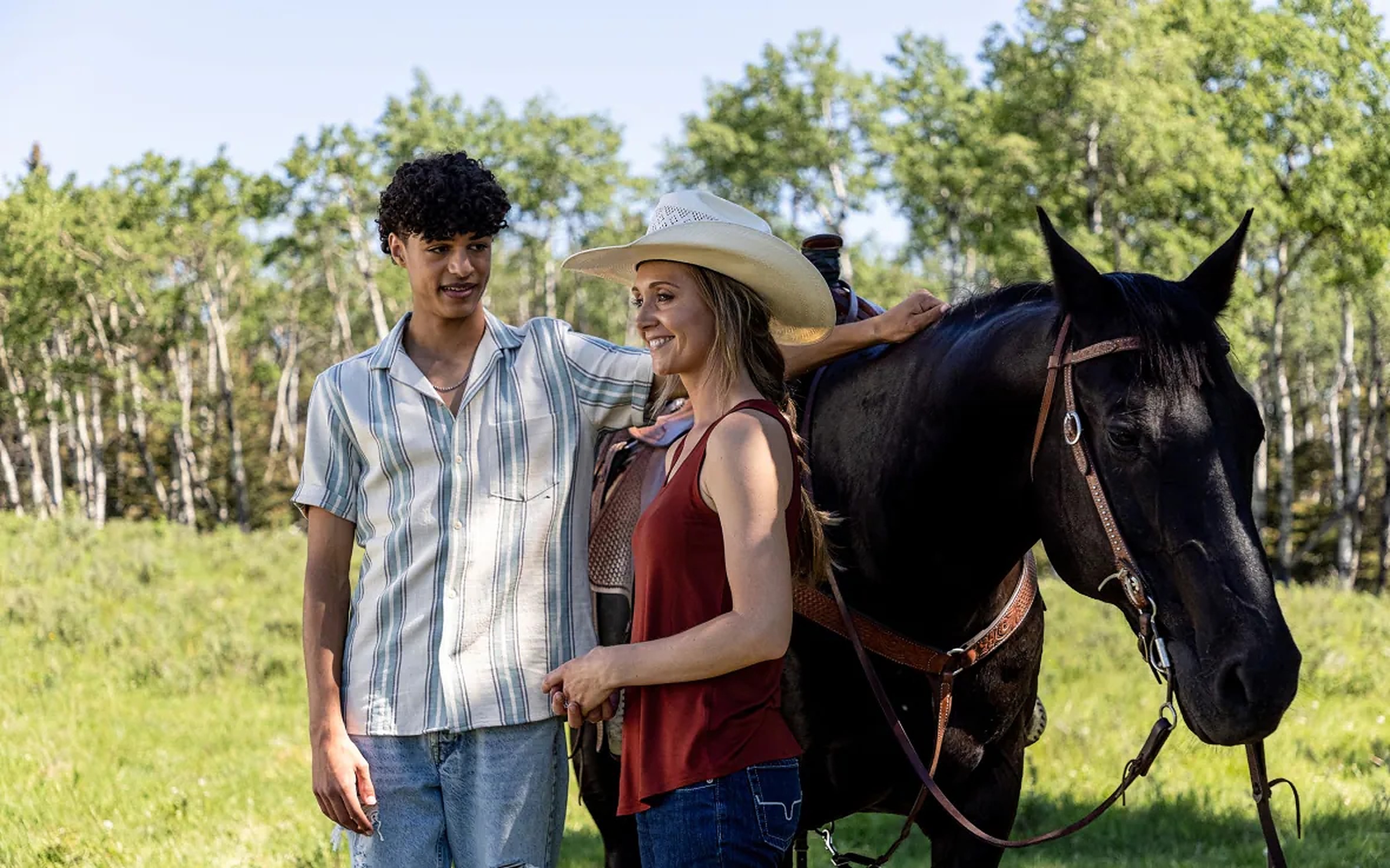 ‘Heartland’ is a touching comedy-drama TV series that narrates a beautiful tale of a family across generations. Developed by Murray Shostak, the show centers around sisters Amy and Lou Fleming, who live on their family ranch in Alberta with their father and grandfather. The family specializes in healing sick and injured horses, and the bittersweet challenges they face bring them closer with time.

The show is much loved for its realistic portrayal of family dynamics as well as human-animal interaction. It is made even more lifelike due to the nuanced performances of the cast members. Taking all this into consideration, fans often wonder whether ‘Heartland’ is inspired by actual people and events. Let’s find out if that’s the case, shall we?

Is Heartland Based on a True Story?

‘Heartland’ is partly based on a true story. It is adapted from the eponymous book series by Lauren Brooke. In a QnA session with CBC in March 2008, the author shared that her own experiences growing up with horses contributed to her writing. Lauren’s childhood hobby of making long lists of pretend horses and their personalities is what fuelled her to create the books. Furthermore, she has worked with troubled horses herself and thus has extensive knowledge of equestrian ailments and therapy.

Lauren is not just trained in professional horsemanship but also has significant experience in training young horses, especially children’s ponies. All of this assisted her in detailing the storyline of her books. In addition, the author did in-depth research on the internet and collected numerous books to learn about the therapy techniques and animal behaviors she wrote about.

When asked if any of the characters or story arcs were based on real-life incidents, Lauren said, “I get inspiration from reports of equine diseases and accidents, but also from situations that I have encountered myself during my horse-riding career. I check all veterinary details very carefully with my own veterinarian to make sure both the illnesses and Amy’s responses are accurate. I never base human characters on real people – although I do use real names – but several horses I have known in real life have made it into the Heartland stories. Tara’s pure white show-jumper Apollo belongs to a friend of mine!”

To ensure the authenticity of the narrative, Lauren works meticulously with the show’s writers, who help mold her ideas and drafts to fit the television format. While she formulates the characters, storylines, and equine situations, the writers then take turns to complete the script based on her input. Their collective efforts result in the magic that is created on-screen in each episode.

Furthermore, actress Amber Marshall (Amy) spoke in a July 2019 interview with CBC about how her character bears resemblance to her real life which makes it easier for her to essay the role. “I believe that over the years my character Amy has become more like myself and vice versa. The writers seem to gravitate to stories that happened in my real life, and by living on a ranch in Alberta myself, I have in turn adopted similar traits to my character,” said Amber. The talented actress also divulged that she loved horses while growing up and spent all her free time with hers, whom she kept north of London, Ontario.

After joining the show, Amber moved to the west, where she now lives a life quite similar to Amy’s. She revealed, “I now live on 100 acres with my husband and our many animals, including six horses. All the things we love to do are so accessible. Riding our horses in the mountains, team roping at local jackpots, or just helping friends move cattle from grazing areas.” Amber was even named the Parade Marshal in the 2019 Calgary Stampede, a renowned annual rodeo, exhibition, and festival held each year in July. It is rather obvious that all these experiences help add to the authenticity of her character.

The icing on the cake is that the location where the show is filmed is an actual ranch. It is owned by Roy Foster and his family, who moved to the Alberta property in 1928. Some of the architectural structures they originally built for their own cattle feature in several episodes. All these elements come together to make ‘Heartland’ an extremely realistic TV show. So, despite not being based on a true story, the series accurately reflects the equestrian lifestyle and the special bond between humans and animals.