Is I Love That for You Based on a True Story? 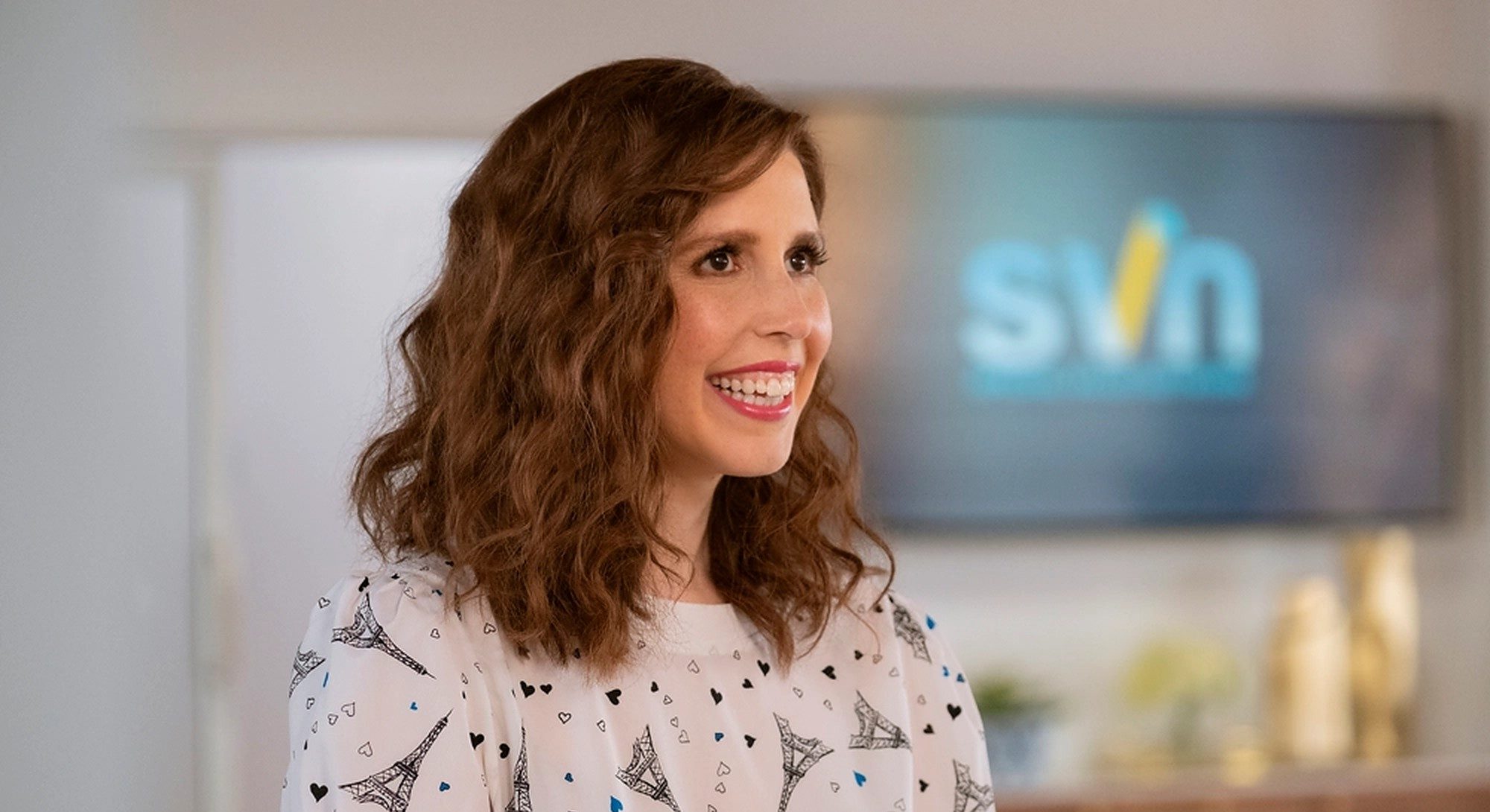 Created by Vanessa Bayer and Jeremy Beiler, ‘I Love That for You’ is a comedy TV series on Showtime. It follows Joanna, a childhood cancer survivor who wishes to be a television host on her favorite home shopping channel, SVN. When her dream finally materializes, she ends up goofing up in her first broadcast itself and is on the verge of getting fired. Despite always trying hard to steer away from being stereotyped as “that cancer girl,” she is now suddenly forced to use that very label to save her job.

Soon, Joanna’s false claims about her cancer returning start getting out of hand, and she finds herself entangled in her own lies. With its humorous take on life after cancer as well as its realistic depiction of workplace shenanigans, ‘I Love That for You’ takes the viewers into the quirky world of teleshopping. Although, the relatable characters do make one curious to know if the show is inspired by a real person. Now, if you are equally intrigued as us to find that out, let’s begin, shall we?

Is I Love That for You a True Story?

Yes, ‘I Love That for You’ is partially based on a true story. It draws from the real-life experiences of co-creator and ‘Saturday Night Live’ alumni Vanessa Bayer, who is a childhood cancer survivor herself. Born on November 14, 1981, in Orange, Ohio, she was diagnosed with acute lymphoblastic leukemia (ALL) at the age of 15. Bayer credits that challenging phase of her life for developing her sense of humor and her comprehension of comic relief.

In a December 2018 interview, Bayer shared, “When I was 15 I was diagnosed with ALL ― acute lymphoblastic leukemia ― and so I was treated for about two-and-a-half years. It was obviously a difficult thing to go through. I do think surviving something like that definitely affected my sense of humor and made me want to go into comedy because my family, my friends, and I all laughed about it a lot.” After ten months of intensive treatment and two more years of maintenance chemotherapy, she completely recovered and has not relapsed to date.

“In college, I was in this all-female sketch group called Bloomers. But I just think in general in my comedy there were just so many funny and interesting and awkward moments when I was sick. I think that kind of getting through that made me be able to see funny things in all situations,” Bayer further added. Moreover, she spoke about being inspired by comedian Tig Notaro – a breast cancer survivor who incorporates her experiences into her comedy.

Bayer said, “I mean, she’s (Tig) a genius. I think it’s great [she talks about cancer in her work]. It’s kind of like what we were saying before ― if someone has cancer or has something, they’re still the same person. And I think when someone can joke about it, it puts everyone else at ease a little bit.” In ‘I Love That for You,’ Bayer essays the protagonist Joanna; thus, it is likely that she has loosely based the character on her own cancer journey.

In another interview, the actress elaborated on the conceptualization of the show, saying, “It’s inspired by my real-life journey — when I was a kid, I had childhood leukemia and I always loved home-shopping…So that’s how the worlds, kind of, came together. And here we are.” A major part of the narrative is Joanna’s comic capers while working at SVN, a home shopping channel that she watches a lot during her hospital stay as a teenager. Bayer’s words reaffirm that even this aspect of the character is inspired by her observations of such channels while growing up.

According to the American Cancer Society’s statistics, childhood cancer rates have risen exponentially over the decades, but now 85% of children can survive five years or more. Many such survivors like Joanna manage to do remarkably well in life and refuse to let the disease define their identity. Hence, even though a lot of ‘I Love That for You’ has been fictionalized and exaggerated to accommodate the comic element, it still is a heartwarming way of celebrating the victory of cancer survivors and spreading a positive message about living one’s dreams to the fullest.

Read More: Where Is I Love That For You Filmed?