Is I Love That for You’s SVN a Real TV Channel? 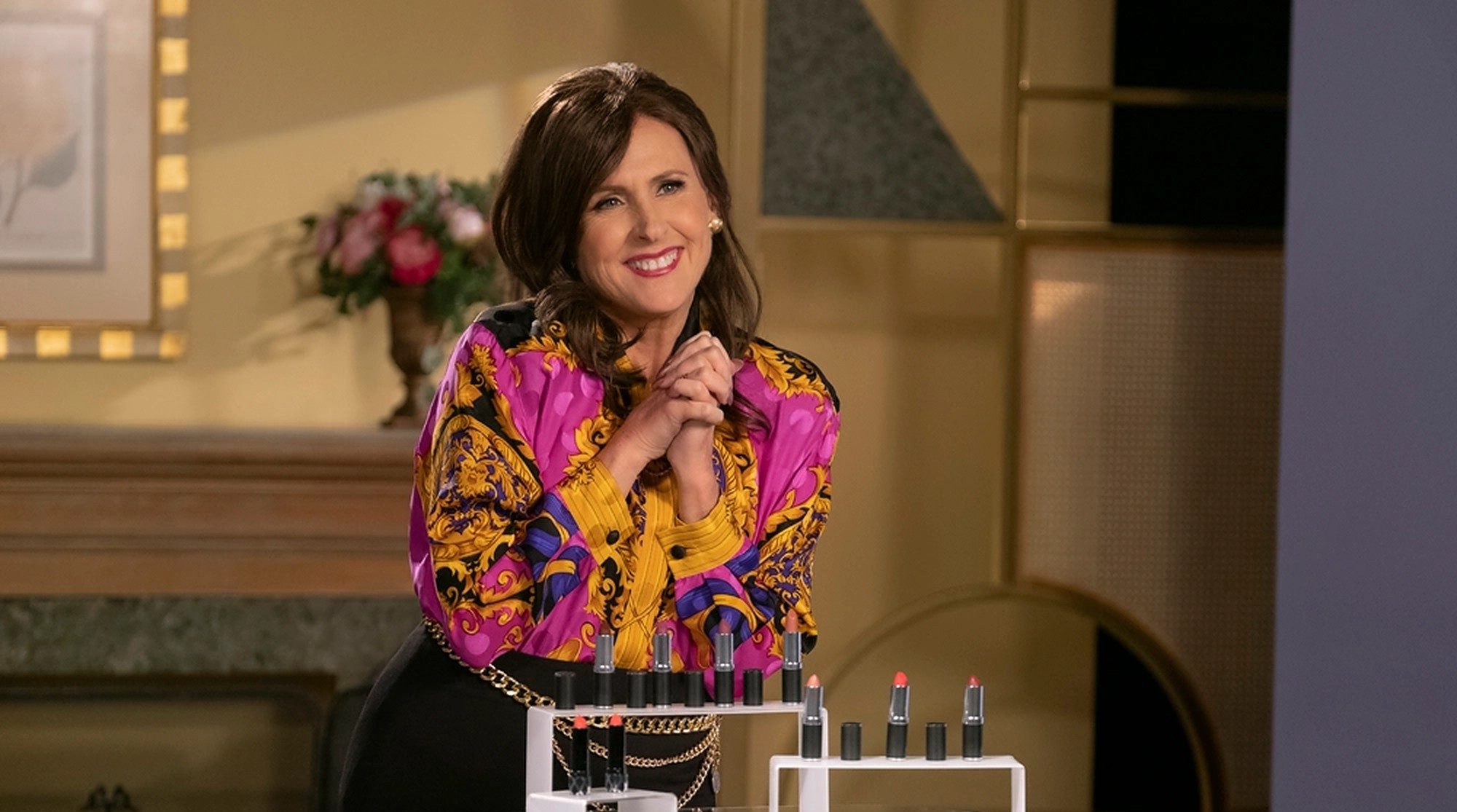 Showtime’s ‘I Love That for You’ is a heartwarming and realistic comedy TV series. Created by Vanessa Bayer and Jeremy Beiler, it revolves around Joanna Gold, who makes every effort possible to move on from her past as a childhood cancer survivor. Growing up, she has always idolized on-air host Jackie Stilton and aspires to work with her on the famous home shopping channel SVN.

Joanna does manage to get hired as a TV presenter at SVN, and soon gets introduced to her quirky colleagues and the competitive environment of the teleshopping industry. Viewers adore ‘I Love That for You’ for its relatable narrative, but what they want to know most is whether the SVN channel really exists or not. Let’s find out more, shall we? SPOILERS AHEAD.

Is SVN a Real TV Channel?

SVN or Special Value Network is a well-known home shopping television channel that Joanna is extremely fond of. From cosmetics to jewelry, as well as confectionaries and even laundromat services, the 24×7 channel sells all of these to the public at the best available prices and offers. However, fans of ‘I Love That for You’ shall be disappointed to know that it is a completely fictional channel that they won’t find in their cable service packages. 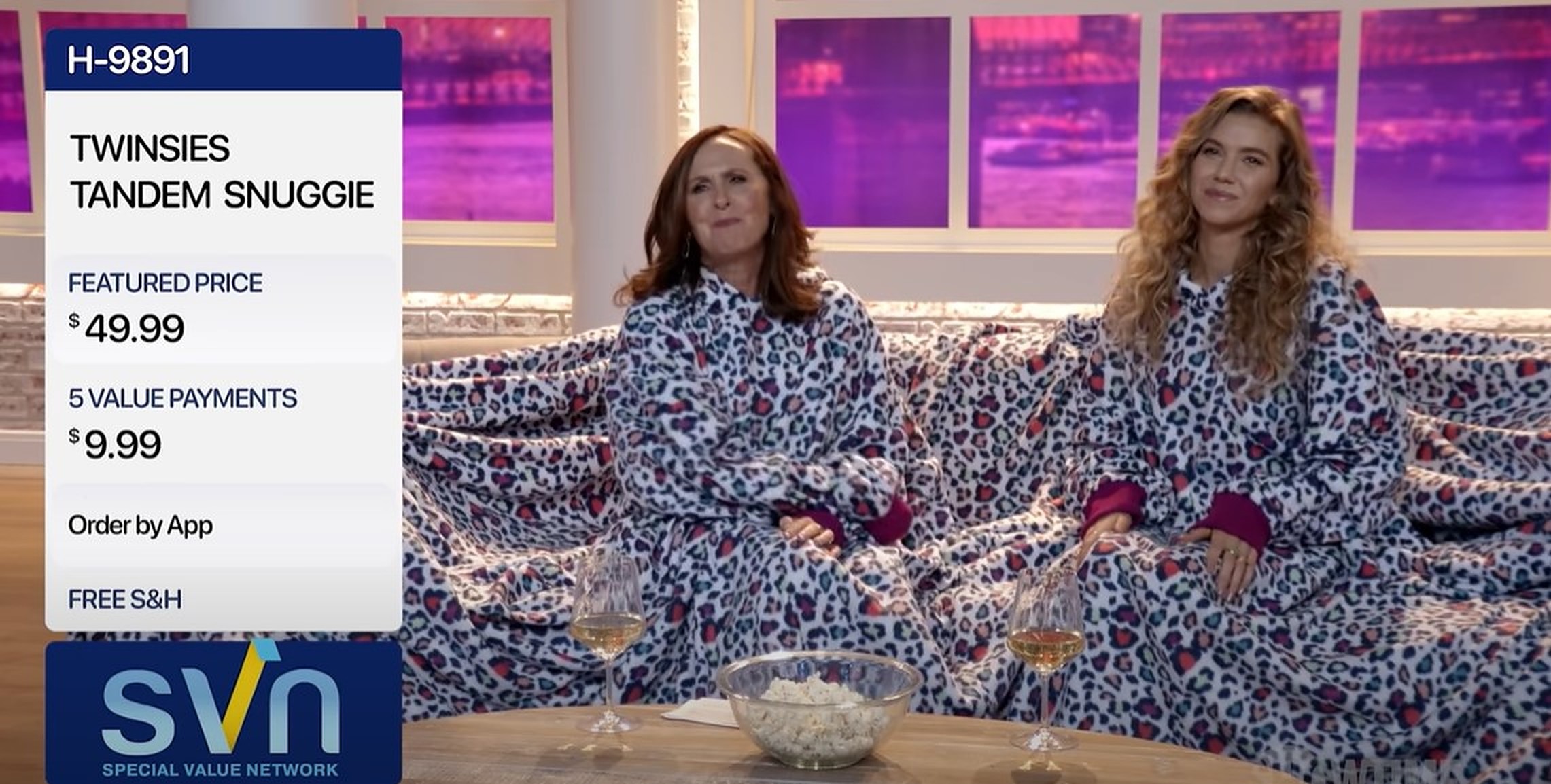 The makers have likely based SVN on several real-life and free-to-air teleshopping channels, such as Home Shopping Network (HSN), Quality Value Convenience (QVC), and ShopHQ. Moreover, the cast members have picked up several attributes of TV presenters who work in such home shopping networks. The constantly pleasant demeanor, asking the right questions to the guests, and subtly pushing the products in such a way that viewers get convinced to buy them, are some of these characteristics that on-air hosts on SVN display in the show.

For instance, in episode 1, titled ‘GottaHaveIt,’ Joanna is briefed by her colleagues on how to present the products during her mock broadcast. Some of the pointers they give her include trying to highlight the product variant that is least favored, discreetly moving attention away from the ones that are sold out, and not talking back to the off-camera crew who prompt her. Furthermore, she is expected to maintain a smile and be quick-witted throughout the show, despite any situation that may befall her.

In reality, the above-mentioned points are the very job requirements for home shopping hosts, in addition to being prepared for long work shifts. Apart from this, Joanna encounters shrewdly competitive colleagues, disagreeable on-air guests, and last-minute changes in the script, which again, are common occurrences for those working in the television broadcasting industry. Moreover, SVN’s presenters have unique sellability factors, such as Beth Ann, who uses her role as a social-media-savvy mother to connect to the viewers. Joanna too manages to save her job by commercializing her identity as a cancer survivor.

This is another trend in today’s media industry, where a person’s social outreach as a creator or TV personality depends heavily upon the image they sell of themselves to the masses. Creator Vanessa Bayer, who portrays Joanna in the show, further shared in an interview that the show is partly based on her love for home shopping channels. Thus, we can reaffirm that though SVN is a fictitious channel created for the narrative, it authentically represents the love-hate relationship viewers and presenters have with home shopping.

Read More: Is I Love That for You Based on a True Story?