Is Invictus a True Story? 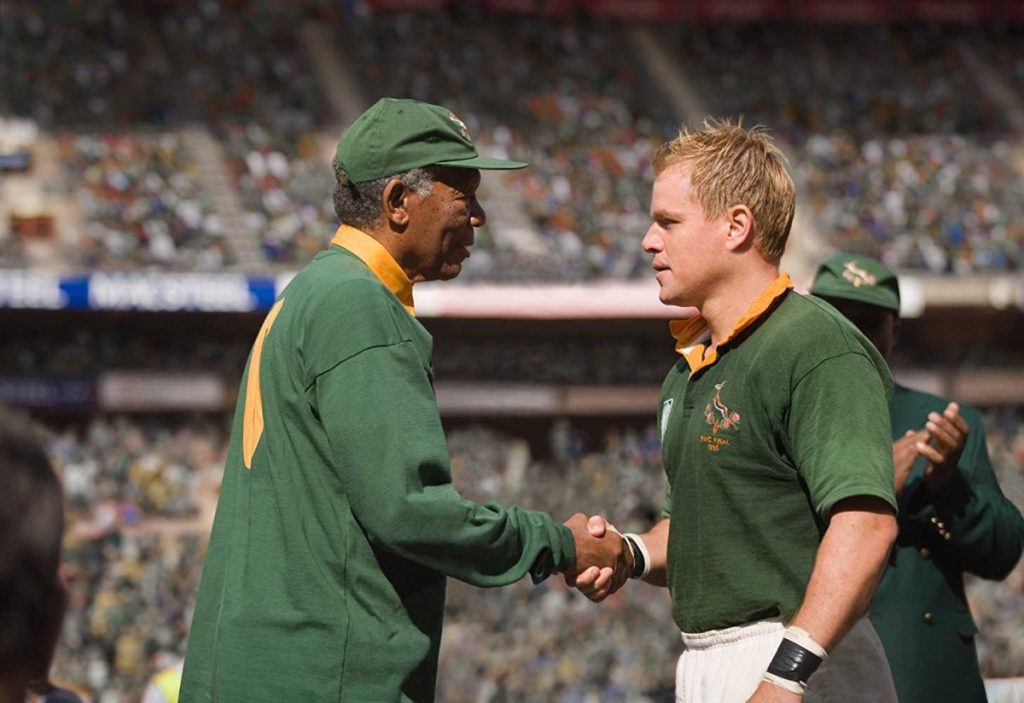 ‘Invictus’ is a sports drama film that delineates the story of ‘Nelson Mandela partnering up with the captain of Springboks, the national rugby team of South Africa, to lead the country to win its first Rugby World Cup ever in 1995. The film specifically focuses on the socio-political factors around the event and how it gets people to put aside their differences and come together to celebrate their victory. Naturally, most of you must be wondering how rooted in reality the film is. Well, we’ve got the answers right here!

Is Invictus Based on a True Story?

Yes, ‘Invictus’ is based on a true story. The movie chronicles the events before and during the 1995 Rugby World Cup as Nelson Mandela campaigned for South Africa to host the global event as a means to reunite the country that was torn apart by apartheid. John Carlin’s book ‘Playing the Enemy: Nelson Mandela and the Game That Made a Nation’ forms the foundation of the film. Carlin had interviewed Mandela three times regarding the rugby game that led South Africa to an unexpected victory at the World Cup.

The events in the film and the book took place only a year after Mandela had been democratically elected as the president. As shown in the film, Mandela truly believed that winning the World Cup could bring the nation together. It is important to remember that in South Africa, rugby was considered a symbol of racist white rule, considering that it was a game played mostly by white people in the country. Therefore, the majority of the crowd, out of spite, would often cheer for the opponents, no matter who they were.

Mandela saw the sport as an opportunity to strengthen the “Rainbow Nation” and invited François Pienaar, the former captain of the Springboks rugby team, over to his office to share his wish that the Springboks must win the World Cup. The film recreates this meeting of June 1994, at Union Buildings, quite accurately. Along with that, it also throws light on the interactions of the former President with Pienaar. 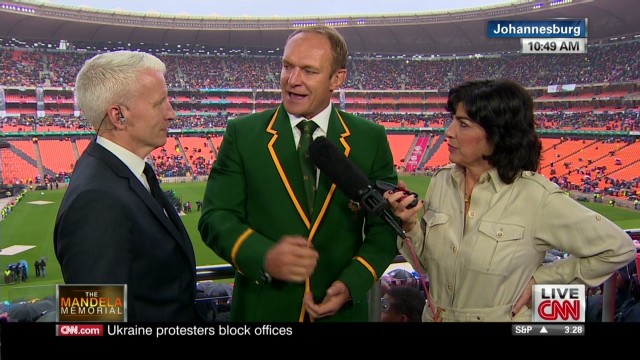 One would think that the scene with the airplane flying over the stadium may have been added for cinematic effect. But in reality, it actually happened. The film also captures the angst of the moment when the stadium crowd sees the aircraft flying very low. When the people read the words “Good Luck Bokke” written on the underside of the aircraft in support of the Springboks, they were overjoyed. The Boeing 747 was flown by the South African Airways pilot Laurie Kay, and the flyover was planned a week ahead. There were no passengers in the flight, but only a small crew. The course of the flight had also been plotted well in advance.

Mandela won over the people’s hearts when he came to the field in a green and gold Springboks jersey. The mostly white Afrikaner stadium crowd was highly impressed and started cheering his name. An aspect of the film that has been highly praised is Morgan Freeman’s portrayal of Nelson Mandela. Freeman worked hard to capture Mandela’s accent, posture, and voice accurately.

The film also features the former Springboks player McNeil Hendricks, who essays the role of Chester Williams, the only non-white player in the 1995 national rugby team. The film touches upon the controversy surrounding Williams, as some believed that he was part of the team only as a token appointment. However, his performance on the field put all the doubts to rest.

The movie slightly takes off from reality in its depiction that Mandela was the only one arguing for the African National Congress (ANC) to support rugby as a way of offering peace to white Afrikaners. Makhenkesi Arnold Stofile and Steve Tshwete were also key advocates. However, Mandela had to convince Stofile to retain the Springbok as the team’s emblem, although the ANC widely opposed this idea.

François Pienaar (now 54) remembers Mandela with utmost respect and fondness. In an old interview, Pienaar had revealed how he wasn’t confident in Mandela’s leadership at first only because he had grown up seeing Mandela in a negative light. However, he remembers how the then-president exuded a warmth that made him feel “safe.” In fact, Mandela kept in touch with him for years after the World Cup and even congratulated Pienaar and his wife on the birth of their first child.

The film’s title comes from the poem ‘Invictus’ written by the British poet William Ernest Henley. The words inspired Mandela all the years that he was in jail for fighting apartheid. The former president passed away on December 5, 2013, at the age of 95, but is remembered for this historical decision (among many others) to this day that proudly embodies the notion of “One Team One Country.”

Read More: Where Was Invictus Filmed?