Where Was Invictus Filmed? 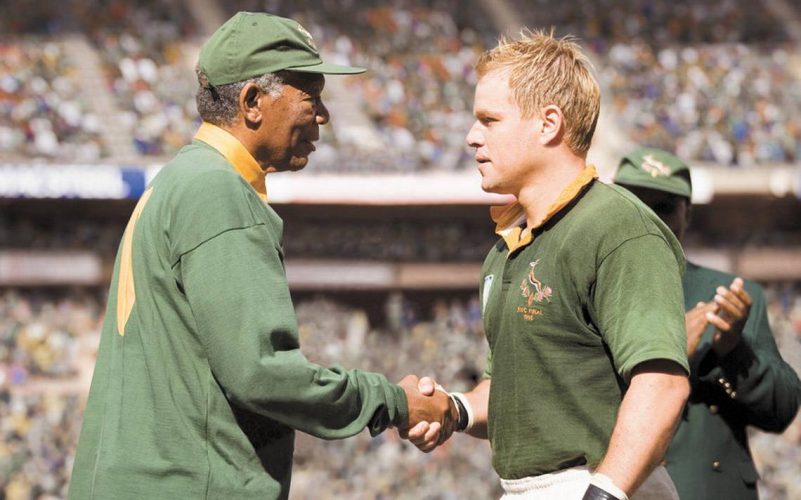 Starring Matt Damon and Morgan Freeman, ‘Invictus’ is a biographical sports drama film, based on the book ‘Playing the Enemy: Nelson Mandela and the Game That Made a Nation’ by John Carlin. The film showcases Nelson Mandela (Morgan Freeman) and François Pienaar’s (Matt Damon) fight against the racial divide in the country, after the end of apartheid. Mandela believes that the only way to bring people together is through sports, and the 1995 Rugby World Cup is going to be the perfect opportunity.

Since the film focuses on the events of the rugby world cup, several important parts of the movie were filmed in a stadium. Moreover, the movie also gives viewers a brief introduction to important events in South African history. Therefore, some scenes were also filmed at historical places in the country. To get a better idea, let’s have a detailed view of all the filming locations of ‘Invictus’.

‘Invictus’ was filmed in South Africa. Located in the southernmost part of the African continent, the country offers several breathtaking destinations for traveling and filming. Owing to its diverse locations, clement weather, highly-skilled technicians, government incentives, South Africa has served as a filming location to several popular movies like ‘Blood Diamond’, ‘District 9’, ‘Mad Max: Fury Road’, ‘Safe House’, and ‘Lord of War’, and many others. Let’s have a look at the specific filming location of the movie.

Cape Town is the primary location for the filming of ‘Invictus’. Tokai, a residential suburb of the coastal city, is where Mandela’s visit to the Springbok training camp was filmed. Several well-known movies, TV shows, and documentaries such as ‘Black Mirror’, ‘Motherland’, ‘Mad Max: Fury Road’, were filmed in the second-most populous city in South Africa.

Moreover, before one of the big games, the Springbok team visits Robben Island, where Pienaar understands the situations in which Mandela was held for 18 out of 27 years of his imprisonment. It is one of the most important scenes in the film as it inspires Pienaar to help Mandela fulfill his dream of racial unity. The port city is also a popular tourist destination, mostly for its lush wineries, sandy beaches, and rocky cliffs.

Some of the most important parts of the film were shot in Johannesburg. It is the biggest city in South Africa, and the 1995 Rugby World Cup was held in its Ellis Park Stadium. So, naturally, when ‘Invictus’ was being filmed, the production team chose the stadium as one of the key locations. The crew members were well aware that it won’t be possible to bring 60,000 people to shoot the stadium scenes. So, creating a digital crowd was the only logical approach.

The visual effects supervisor Michael Owens joined hands with CIS Vancouver’s VFX supervisor Geoffrey Hancock and CIS Hollywood to use rotoscoping to fill the stadium with the crowd instead of utilizing a bluescreen or greenscreen solution. In addition to the rugby matches, the exterior scenes of Mandela’s house were also filmed in Johannesburg.

Pretoria was not a primary location for the film, but one very crucial scene was filmed in the city. The scene in which Francois and Mandela meet for the first time was shot in the offices of the Union Buildings, which serve as the seat of the government. Before ‘Invictus,’ no other film was shot in Pretoria.