Is Jackass Movie Scripted or Real?

Directed by Jeff Tremaine, ‘Jackass: The Movie’ is a hilarious reality slapstick comedy movie that follows the nine original cast members of the hit MTV reality TV series ‘Jackass’ as they perform even more crazy stunts, skits, and pranks in front of the unsuspecting public. It is a continuation of the show and has four sequels of its own. Given the adrenaline-filled dangerous stunts and the potentially self-harming pranks that the cast members perform, it often makes one wonder whether the movie is as real as it claims. Let’s probe and find out more, shall we?

Is Jackass Real or Fake?

‘Jackass: The Movie’ is billed as a reality-based slapstick comedy movie, meaning that everything depicted in the movie is unscripted and spontaneous. However, since the narrative majorly constitutes high-risk stunts that can cause fatal injuries if not supervised, it is unlikely that those are performed at the spur of the moment on-screen. Moreover, all the pranks as well have elaborate setups, such as Bam Margera scaring his mother with a live alligator. Obviously, no person would do so without the requisite precautions and training in real-life. 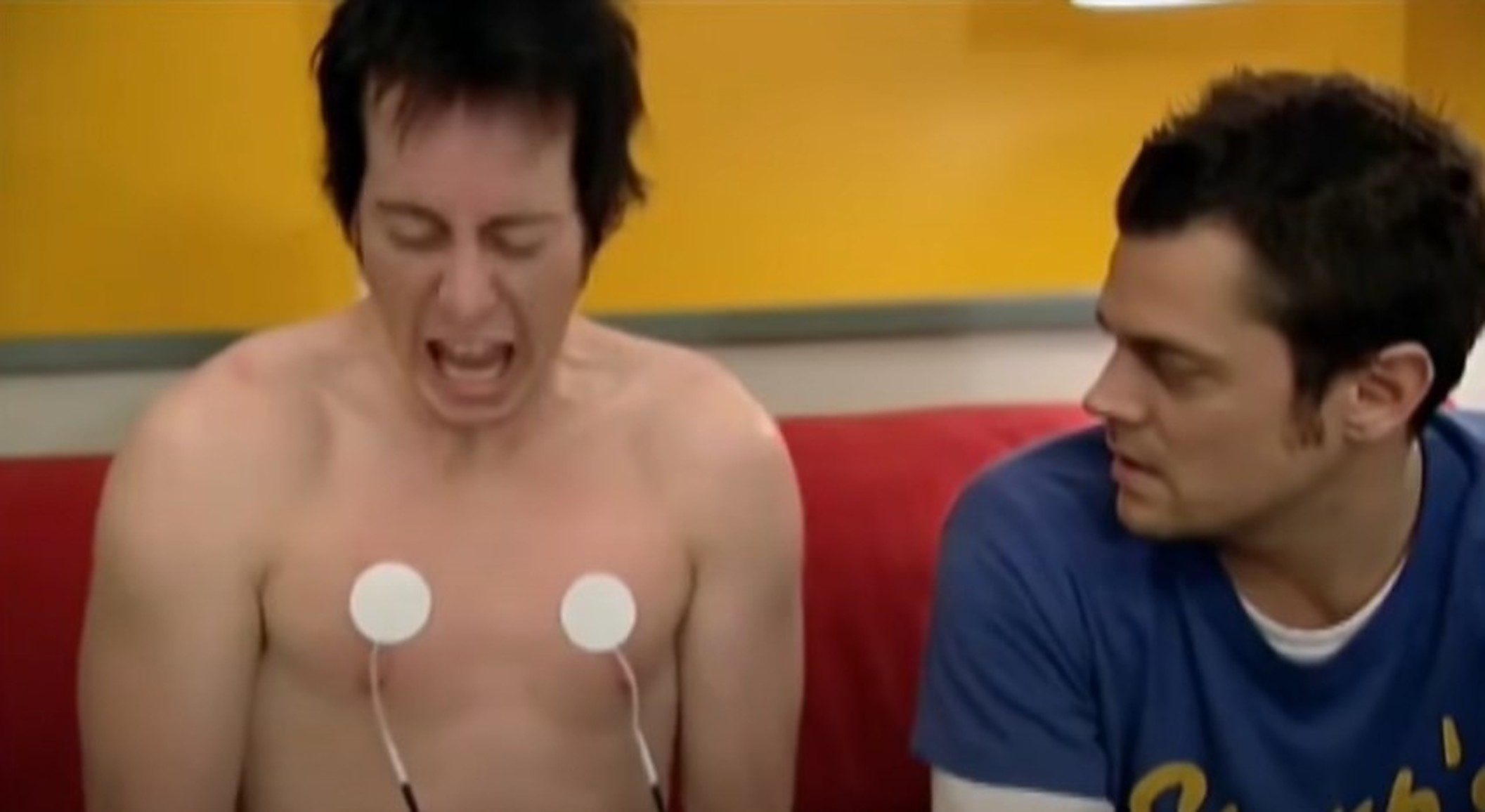 In an October 2010 interview, then-MTV President Van Toffler shared that the production team took all the needed safety precautions while filming the movie. “We took tons of precautions on set. We had safety people there all the time. We never wanted anyone to get hurt,” he said. Not just that, Jeff Tremaine and cast member Johnny Knoxville added that initially, they did film the pranks in stores on an unsuspecting audience, but when things started getting unruly, they took location agreements from store owners who were willing to participate.

This way, the owner was kept in the loop about the prank they planned, but the reactions of the unaware employees and customers were recorded authentically on camera. Since ‘Jackass: The Movie’ is an extension of the show’s format and a movie always requires more permits and safety requirements in place, a script was probably followed to ensure that the various segments were lensed in a controlled environment. Furthermore, the movie was originally supposed to have a different ending, and bits of it have been incorporated into the end credits montage.

As per the cast members, the contraption they initially created for the final skit did not work the way they desired; hence, they scrapped it for an alternate ending altogether. In addition, many of the stunts required multiple retakes due to technical malfunctions and consent forms. This further indicates that the format was pre-decided and written according to the setup where the segment was to be filmed. But despite the safety regulations and script, several cast members reportedly got injured during stunts, and the public ended up getting offended by certain skits.

Therefore, the audience’s responses are seemingly natural in the movie along with the cast members’ reactions to the outcomes of each segment. Also, the improvisations in case of unexpected situations and changes were devised on the spot by the team and are not a product of any written material. To reinstate, we can say that ‘Jackass: The Movie’ is a mix of real and mostly scripted elements that need to be taken with a pinch of salt for enjoyment.