Is James DeSantis Married? Does He Have Kids? 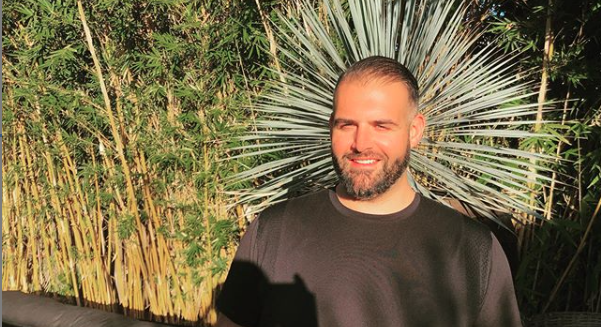 ‘Backyard Envy,’ airing on Bravo TV, showcases three best friends turned business partners transforming ordinary outdoor spaces into anything but that! James DeSantis, Melissa Brasier, and Garret Magee co-founded Manscapers, a landscaping firm based in New York, and have achieved great success due to their efficient utilization of space and enchanting results. The business relations expert of the trio, James grew up in upstate New York and went to the Fashion Institute of Technology to learn about the design world. It is here that he also met his future business partner Melissa. He is an avid traveler and also a registered yoga instructor. Here is all you need to know about James DeSantis’s home life.

James has been openly gay for a while now but has never spoken about his personal life on television. Due to this, there is no information on his love life. Unfortunately, his relationship status can neither confirm nor denied. However, it must be noted that he is a huge advocate of the LGBTQ community.

He feels that the show has received such an outpour of love and support, in part, due to the fact that Bravo TV is a very LGBTQ-friendly channel. They got their start due to gay men in Chelsea, and he also said, “We have hot guys who wear tank tops to work who dig your bushes and plant your holes. Our entire staff is gay, actually like 95 percent are gay. Not because for any reason, it’s just that those are the people that we know and who work for us.”

#BackyardEnvy is BACK for Season 2! Don't miss the premiere Tuesday, August 4 on @Bravo! pic.twitter.com/kMFpsPOJHj

The platform that they have gained from the show is something that the entire team at Manscapes wishes to use positively. Amongst many of their projects is the South Hamptons estate of the late LGBTQ activist Eddie Windsor. Their goal is to render their services so that the various fundraisers that have been helpful for the community in the past can continue. They also did an event for AIDS research with Housing Works.

Apart from this, he also wishes to break gender roles and battle body image issues for men. He wants their viewers to see that stereotypes can indeed be broken. He stated that out of the three of them, it is Melissa Brasier that does the conventionally masculine task of building and construction. While interviewing with the New York Times, he also said, “I plan to be open about my experiences and show that men can be just as insecure as women, especially when we don’t follow the norm of what the perfect male body should look like.”

Things always have a way of working out, and with a heart of gold and such noble intentions, I wish him nothing but the best for his future endeavors, be it personal or professional.

James DeSantis has no children of his own. When asked by World of Wonder what would be the ultimate TV show for him to get children to stop crying, he said, “I don’t have a kid but I’m basically a child and throw temper tantrums, so my go-to is Drag Race”. However, many a time, on his best friend Melissa’s Instagram profile, we can often catch glimpses of him spending time with her daughter Lucia. It is clear to see that the three of them are much more than just friends or business partners— they are a close-knit family.

Read More: Is Garrett Magee Married? Does He Have Kids?