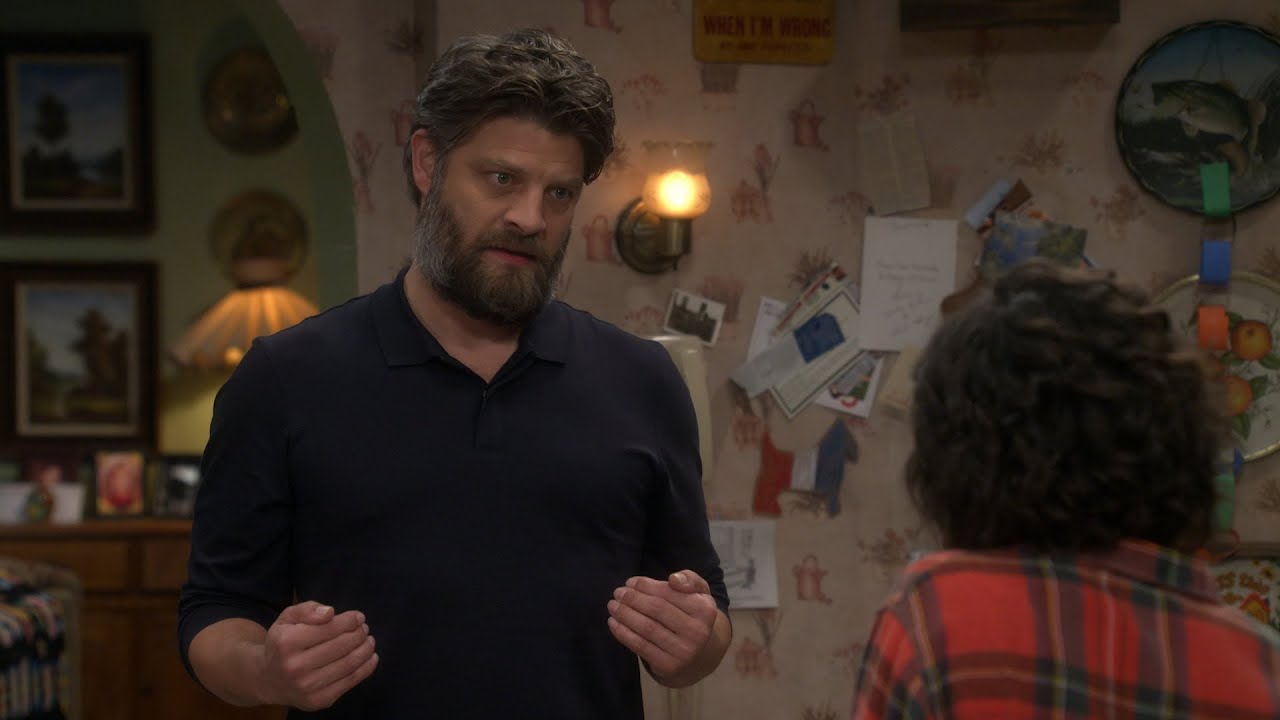 Jay R. Ferguson (‘Evening Shade’ and ‘Mad Men’) has been a part of ABC’s ‘The Conners‘ since it first premiered in 2018, becoming a series regular in season 3. Having taken on the role of Ben Olinsky, who is snarky but well-meaning, he serves as Darlene Conner-Healy’s former boss and love interest. The fact that their relationship involves two complicated love triangles makes matters all the more intriguing, especially with Ben’s reactions. So, here is what we know about the future of Jay’s character in this comedic and incredibly entertaining production.

What Happened to Ben Olinsky?

When we first meet Ben Olinsky in season 1 episode 5 of ‘The Conners,’ he comes across as rude as he rejects newcomer Darlene’s creative ideas in the workplace to keep everything as is. However, they quickly move on from such aspects and begin a romantic involvement that evolves into something serious soon after. In fact, Ben requests that she move with him to Chicago when he receives an offer to relocate the magazine, yet that never transpires. In season 2, they break up once it comes to light that Darlene was reigniting her connection with a former beau, David Healy.

Despite rising tensions at work, Ben stays true to himself. He helps out his former girlfriend Darlene whenever needed and provides support, which ultimately leads to them reconciling after she’s fired. The couple picks up right from where they left off, and Ben later admits to wanting a family with Darlene. From failing to launch a new magazine to her menopause to him operating his late father’s hardware store as a new profession, they go through each phase together, albeit with a few disagreements.

With that said, things change when Darlene proposes to Ben, and he says no, claiming that she prioritizes the world before considering him. He even adds that he needs some space to figure out what he wants. In season 3, Darlene tries to prove that Ben is her one and only by placing a deposit on a home they could share, something he has always desired, and he agrees to renew their relationship. A little while later, Ben calls it quits for good upon discovering that she intended to go on a vacation with a male co-worker, forming another triangle.

Is Jay Fergurson Leaving The Conners?

Jay Ferguson is not saying goodbye to ‘The Conners’ and his character of Ben Olinsky anytime soon. We can say this for sure as the actor has not made any announcements concerning the same. Besides, even the show’s creators have confirmed his continued engagement in the story. In September 2021, Dave Caplan shared that Ben and Darlene will always be a pivotal part of each other’s lives no matter their relationship status because they have a history and chemistry that just can not be erased. Ben is also close to her family; thus, exploring that dynamic could be a part of the storyline.

There’s no doubting that Ben is remarkably lovable, so Jay would want to see his tale through, which we hope for as well. It further seems as if Jay is content with the balance between his private and professional life at the moment, indicating that it won’t be a factor affecting his time on ‘The Conners’ either. Moreover, by the looks of it, the actor is entirely focused on the ABC production as there are no upcoming projects that have been publicly disclosed yet. Therefore, everything points towards Jay Ferguson’s stay on the sitcom for the foreseeable future.

Read More: What Happened to Mark on The Conners? How Did He Die?