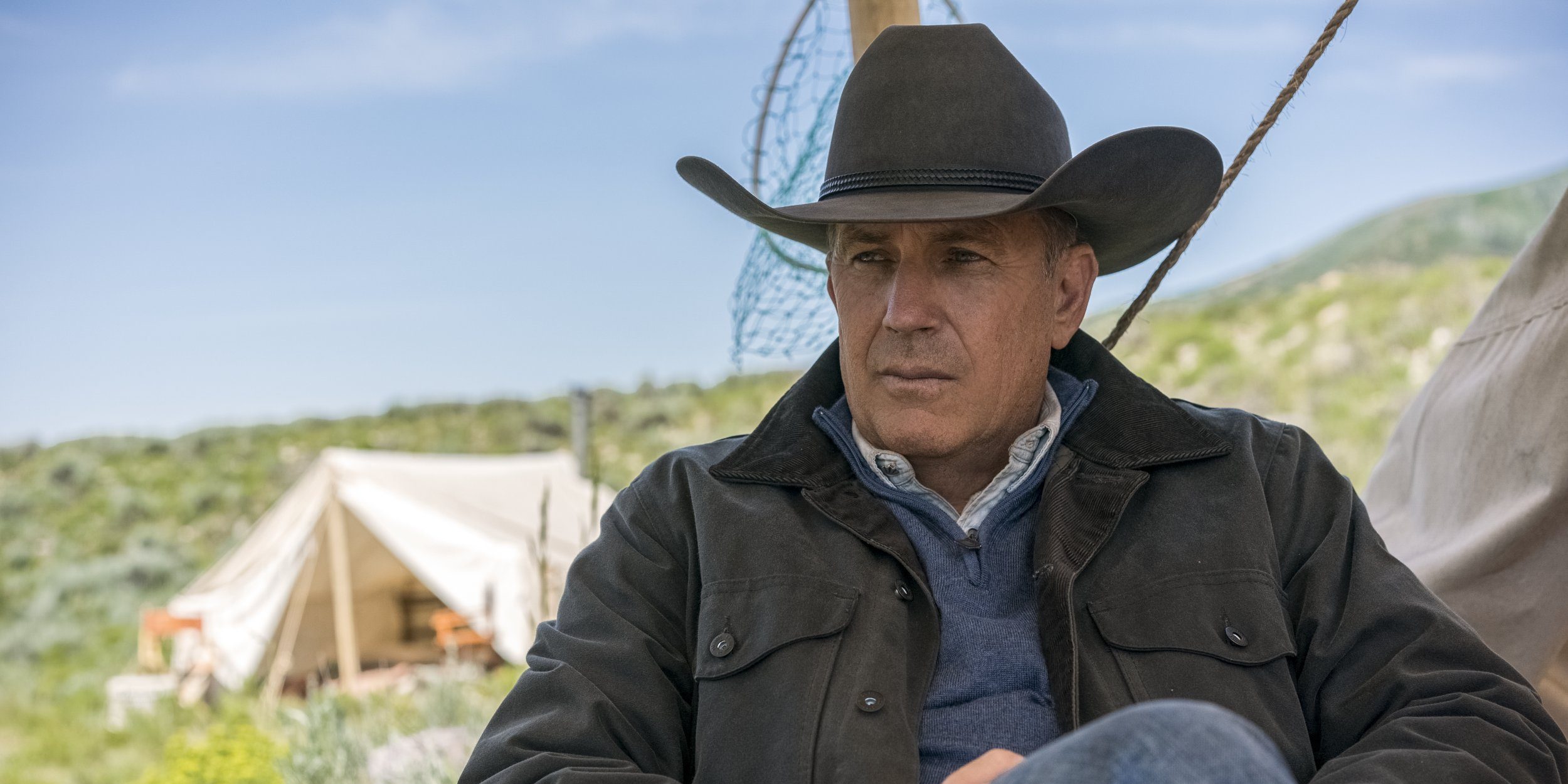 ‘Yellowstone‘ co-creator Taylor Sheridan’s ‘1883’ serves as a prequel to the former series, which highlights the struggles faced by the Dutton family in building their ranching empire. The Dutton family is the focus of both shows, albeit in different eras. In the present day, the Dutton patriarch, John Dutton, leads the charge in Montana and looks after the vast ranch his family has left behind as a legacy. However, does Kevin Costner’s charismatic veteran rancher John Dutton appear in the prequel? Here’s everything you need to know in that regard! SPOILERS AHEAD!

Kevin Costner’s John Dutton is the focal point of ‘Yellowstone,’ and he and his children are the caretakers and owners of the largest ranch in the USA. John is known for his strong family values and often talks about the struggles the previous generations of his family experienced in building what is today known as the Yellowstone Ranch in Montana.

The legacy of the family begins with James Dutton (Tim McGraw) and Margaret Dutton (Faith), who leave behind the impoverished streets of texas in search of a new home with the promise of prosperity. The couple and their children’s story is elaborated upon in ‘1883,’ which takes place during the late 1880s. Thus, it is no surprise that Costner’s John Dutton does not appear as he wasn’t born during the era. Neither does the character appear in the show with the use of any storytelling gimmicks thus far.

On the other hand, James Dutton’s debut in the ‘Yellowstone’ universe comes in a flashback in the show’s fourth season premiere. During the same sequence, viewers meet a teenage boy on horseback who is identified as James’ son, John Dutton Sr. The character appears as a much younger version in ‘1883’ with child actor Audie Rick essaying the role.

So, to quickly summarize, John Dutton Sr in ‘1883’ is the grandfather of John in ‘Yellowstone.’ The name John can be considered as an heirloom that is passed down in the family and reflects the Dutton legacy. It adds a level of depth to how dear the family’s history is to them and the pride that comes with it.