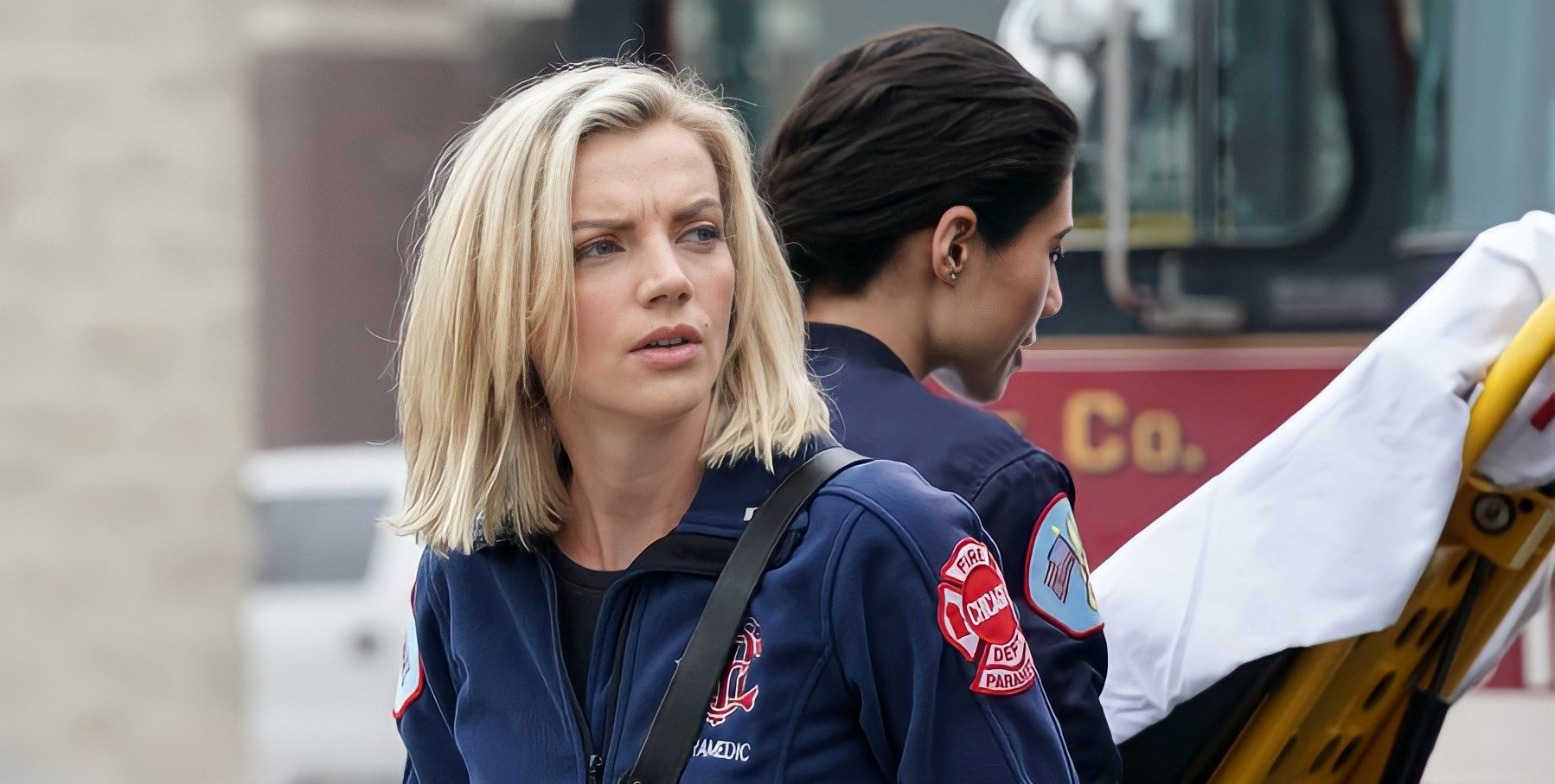 For the fans of NBC’s ‘Chicago Fire,’ the action series is a spectacle with unforeseen twists and turns. The tenth season of the show doesn’t stay apart as an exception. In the fifth episode of season 10, Lieutenant Matthew Casey (Jesse Spencer) bid his adieu to his colleagues before moving to Portland to take care of his late friend’s children. Casey’s sudden departure raised numerous questions regarding his relationship with Sylvie Brett and the character’s possible departure to accompany her boyfriend.

However, Brett decides to continue her paramedic career at Firehouse 51, to the relief of fans. But the tenth episode of season 10 reinstates doubts regarding Brett’s future in the show. On that note, here’s everything you need to know about what’s in store for Kara Killmer’s Sylvie Brett!

What Happened to Sylvie Brett?

When Matthew Casey decides to move to Portland, he asks Brett to leave with him. She informs Casey that she can’t leave and accepts to continue their relationship remotely. Without leaving Firehouse 51 with her boyfriend, Brett decides to stay at the house and develop the paramedicine program she envisioned. She asks Mouch to join her initiative and they succeed to convince her superiors to support the program. However, in the tenth episode of season 10, Brett informs Stella that she is leaving for Portland to see Casey.

Brett discusses the gifts to buy for Griffin with Violet. Her departure is followed by Chief Hawkins’ arrival at the house to fill in temporarily for her absence. He joins Violet in duty calls and the two of them become a team instantly. The turn of events didn’t fail to scare the admirers of Brett. Her absence and the scope of Violet and Hawkins’ storyline led fans to worry over the possible exit of the character. So, is Kara Killmer exiting the firefighter-based show? Let’s find out!

Even though Brett and Casey decide to continue their journey together in a long-distance relationship, the paramedic is going through a time where she needs her partner with her more than ever. Her initiatives to enhance the existing paramedical regulations and efforts to reform the state of paramedicine in the city of Chicago deserve her boyfriend’s presence and support. Thus, even if she decides to move away to join Casey, Brett is beyond blame. However, there are no official statements or announcements from NBC or Kara Killmer regarding Brett’s supposed departure.

Moreover, we may even see her storyline developing as the tenth season progresses. In an interview given to Parade, showrunner Derek Haas revealed what to expect from the show, particularly regarding Brett. “She’s [Brett] also going to see her half-sister Amelia and stepdad Scott. Her birth mother’s husband that we haven’t seen in a while is also coming up. Then she’s got some fun storylines coming, too, because we like to see Brett smiling,” Haas said.

Brett’s journey to Portland very well can be a plot device to move her relationship with Casey forward. Her temporary absence also gives the writers a scope to develop the chemistry between Hawkins and Violet. Considering these factors, we believe that Kara Killmer is likely to continue featuring in ‘Chicago Fire.’ In the remaining part of the tenth season, we may see Brett spearheading her paramedic program while dealing with her family.

Read More: Is Miranda Rae Mayo Back on Chicago Fire? Where Was Stella Kidd?