Is Kathryn Newton Dating Anyone? Who is Her Boyfriend? 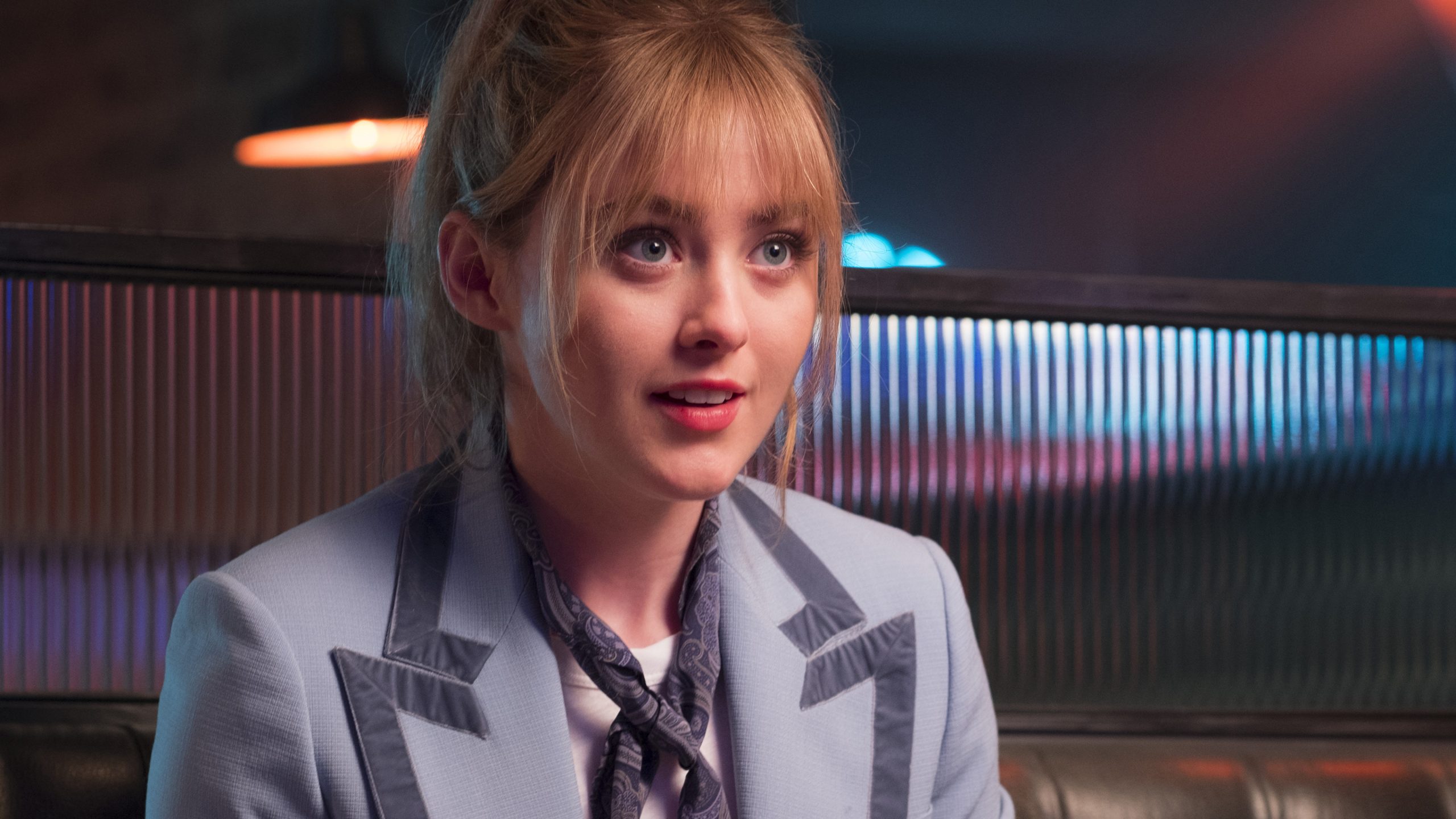 In 2001, a brilliantly talented 4-year-old started her illustrious career by making her television debut on the soap opera ‘All My Children’. Well, the outstanding young talent is none other than Kathryn Newton. After a few roles in some short films, Kathryn shot to fame when she won two Young Artist Awards, one for her role in the CBS sitcom ‘Gary Unmarried’ and one for the film ‘Paranormal Activity 4’. Soon, people around her started seeing her enormous acting potential, which helped the young artist land prominent roles in films such as ‘Three Billboards Outside Ebbing Missouri’ and ‘Ben is Back’.

In 2017, Kathryn garnered enormous praise and critical acclaim for her portrayal of Abigail Carlson in ‘Big Little Lies’ The cherry on the top in the career of the 24-year-old actress is her brilliant performances in ‘Detective Pikachu,’ Netflix’s mystery drama series ‘The Society’ and the science fiction romantic comedy, ‘The Map of Tiny Perfect Things’. With such a remarkable career, Kathryn’s personal life has fueled a huge interest in her fans. We, too, got curious to know more about her personal life. So we dug deep, and here is everything we found out!

Kathryn Newton was born on February 8, 1997, in Orlando, Florida. She is the only child of David Newton, a businessman, and Robin, an airline pilot. At the tender age of 4, Kathryn braved all odds to star in ‘All My Children’, which turned her into a famous child actor. Her father wished she would take over his business one day and even wanted Kathryn to learn Mandarin as his company has dealings in China. However, destiny had other plans for her. Despite getting fame so early in life, the Florida-native hated the spotlight and instead chose to live a normal life. 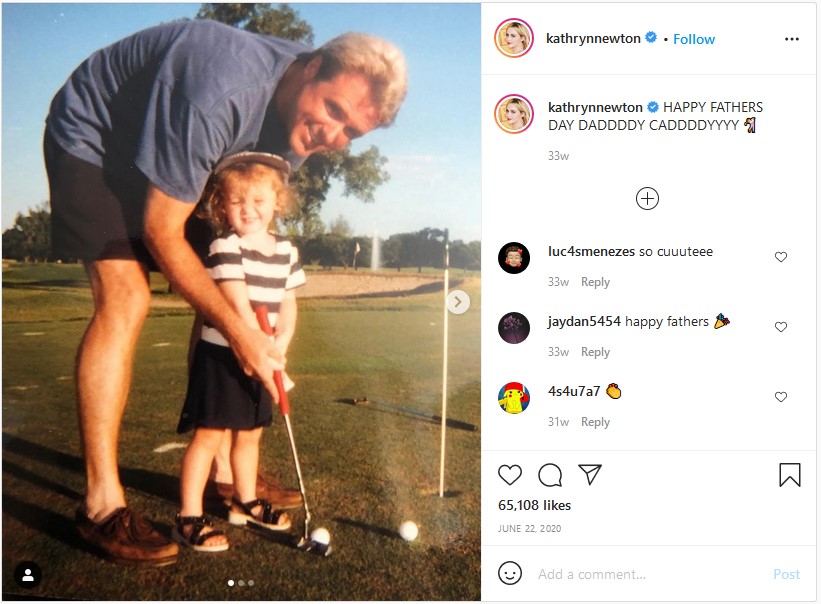 She studied at an all-girls Catholic school in Florida before moving to California to join Notre Dame High School. It was in Notre Dame that Kathryn discovered her love for golf, a sport she used to play with her father during her childhood. In an interview with InStyle she said, “I don’t really have that many actor friends, my castmates are my close friends, but I have a lot of friends who are from high school and just from growing up who I’m still really close to, who have never seen me act in anything, which is kind of funny… But golf gave me my friend group, my closest friends are still my golf team.” 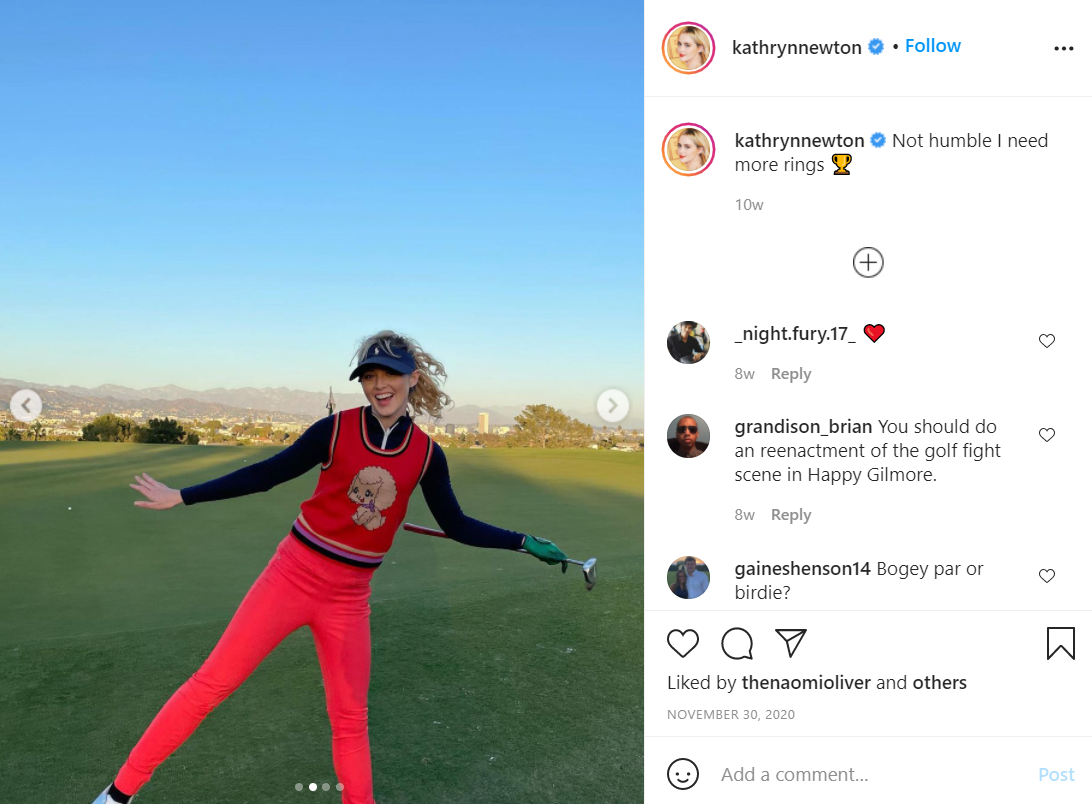 Golf gave the teenager who wanted to live a regular life a home among friends who never saw her act but knew her by her school nickname “Kathryn the Golfer.” Yet, the acting world kept beckoning the young talent back, and once Kathryn got offered prominent roles in ‘Bad Teacher’ and ‘Paranormal Activity 4’, there was no looking back.

Kathryn has always chosen to keep her personal life under tight wraps. She has mentioned time and again in interviews that she isn’t interested in dating an actor. In an interview with Cosmopolitan, the star exclaimed, “I’ve never had a boyfriend. It’s a bummer. Or is it a bummer? I’ve seen so many girls my age get their hearts broken.” Kathryn also revealed that Emma Roberts once tried to play matchmaker for her but she turned all the choices down as they were all actors. 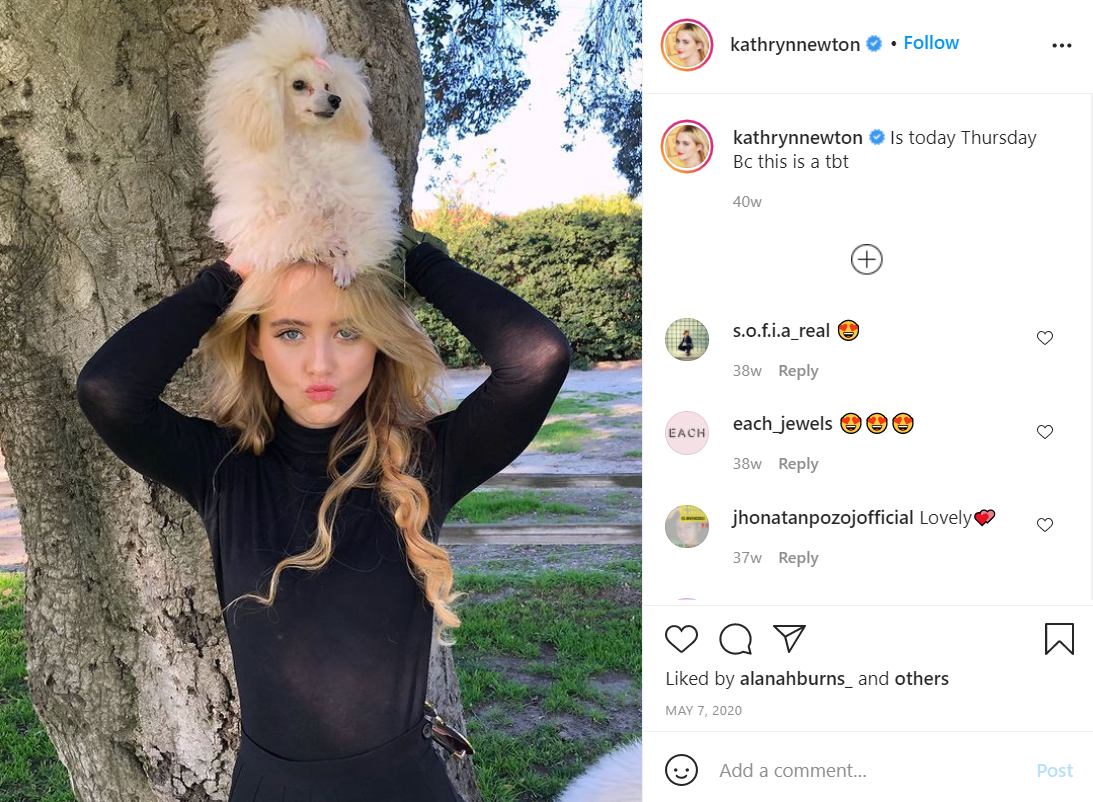 There has also been a rumor of Kathryn dating actor Brandon Thomas Lee after they were spotted together at a restaurant in 2019 along with Lee’s mother, Pamela Anderson. When asked about it at the 2020 SAG Awards red carpet, Kathryn neither confirmed nor denied the rumor. Instead, she chose to praise Brandon, who she has been friends with since high school. Brandon also put the rumors to bed and insisted that the relationship was platonic by saying, “Me and Kathryn are good friends, both our lives are crazy. It’s just hard to … you know, we see each other every once in a while. But we’re friends.”

Read More: Kyle Allen From The Map of Tiny Perfect Things: Everything We Know