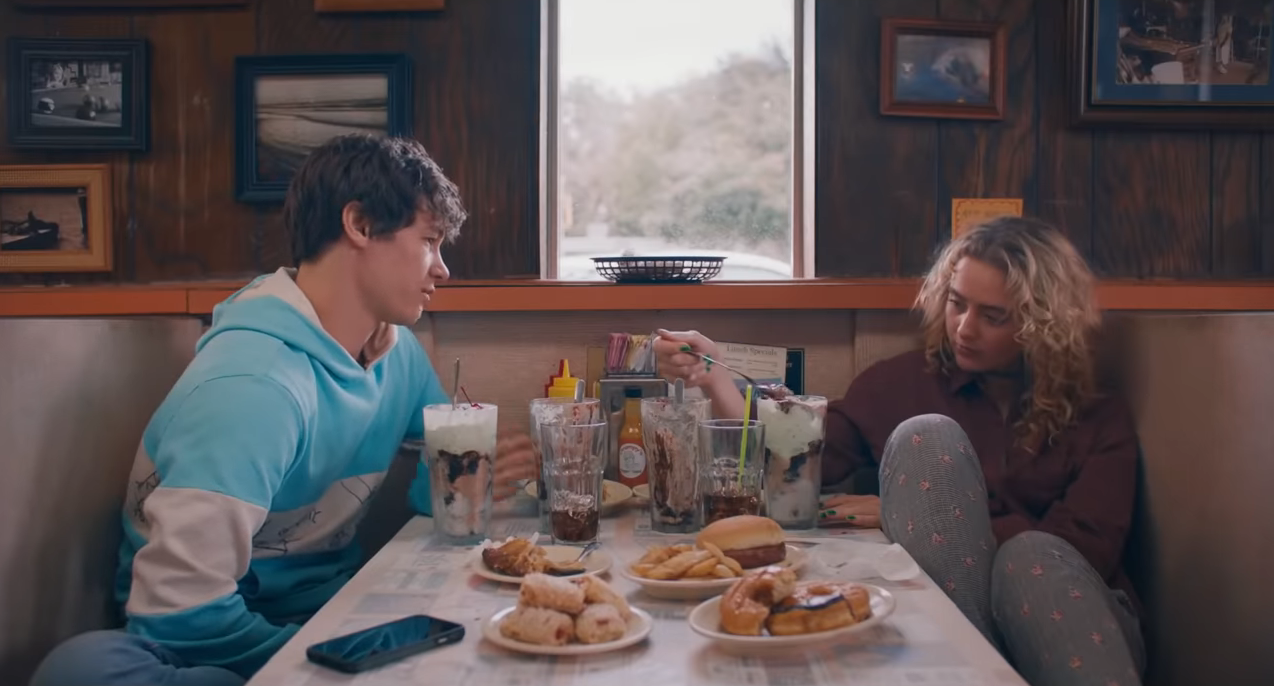 ‘The Map of Tiny Perfect Things’ is essentially a romantic young adult comedy-drama with the twist of science fiction blended into the story-line. The science-fiction part arises from the time loop the story is set in. Directed by Ian Samuels, from a screenplay by Lev Grossman (based upon his short story of the same name), ‘The Map of Tiny Perfect Things’ is a tale of two teenagers, Mark and Margaret.

They live a life stuck in a time loop and are the only two people aware of the situation. The two are strikingly opposite in terms of personality and develop a beautiful friendship that inevitably turns into romance. The refreshing narrative combined with commendable performances from the actors has left us wanting more. Hence, we compiled a list of some similar time loop movies to pacify the intrigue. Most of these movies like ‘The Map of Tiny Perfect Things’ can be watched on Netflix, Amazon Prime, and Hulu. 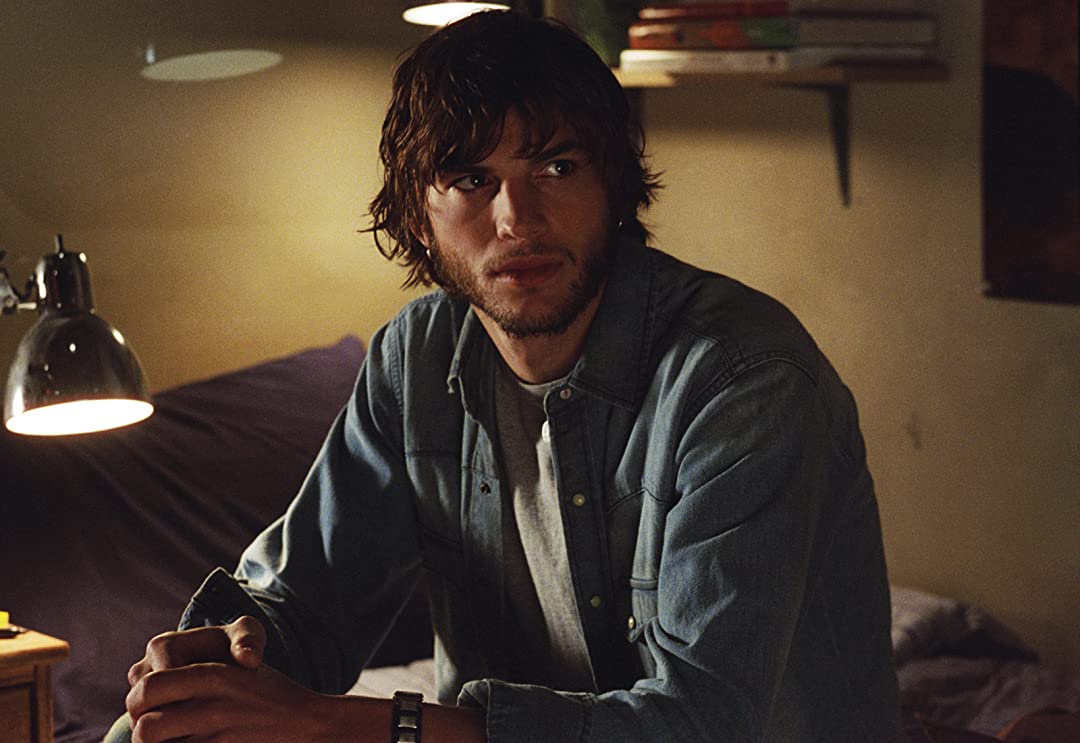 Even though ‘The Butterfly Effect’ is a science fiction thriller, the central theme of the movie is time manipulation, like that in ‘The Map of Tiny Perfect Things.’ Ashton Kutcher plays a 20-year-old college student Evan, who had frequent blackouts and memory loss throughout his childhood. As he grows up, in his 20s, he discovers that he can go back in time. He uses this ability of his to alter his past by making changes in his past. But the changes have drastic consequences where either he or one of his friends suffers miserably. The film was not well received by critics, but it earned substantial commercial success. 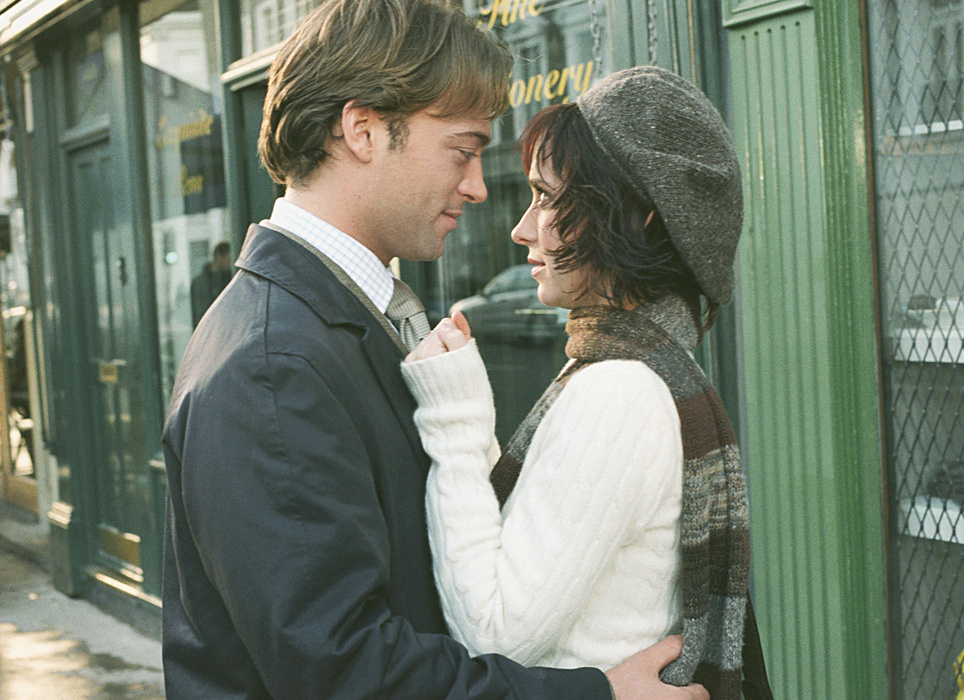 The romantic fantasy film directed by Gil Junger revolves around an English businessman Ian Wyndham (Paul Nicholls), who lives with his American musician girlfriend, Samantha Andrews (Jennifer Love Hewitt) in London. ‘If Only’ also shares the time loop and romantic theme with ‘The Map of Tiny Perfect Things.’ After a lover’s spat, Samantha dies in a car accident. A heartbroken Ian returns to their shared apartment only to wake up to Sam’s voice. Ian concludes that the events of the previous day were a dream. As the story unravels, repetition of the “dream” incident occurs, and Ian realizes that Sam will die by the end of the day. Ian then takes up a quest to prevent his girlfriend’s tragic death.

‘About Time’ is a British romantic comedy-drama film starring Domhnall Gleeson and Rachel McAdams as the leading pair. The film is similar to ‘The Map of Tiny Perfect Things’ in terms of the theme of time manipulation incorporated in a romantic drama. Tim Lake (Gleeson) discovers that the men in his family possess the unique ability to travel back in time to moments that they have experienced before. Tim uses this ability to pursue his love interest, Charlotte (McAdams), after she turns him down at the first proposal. 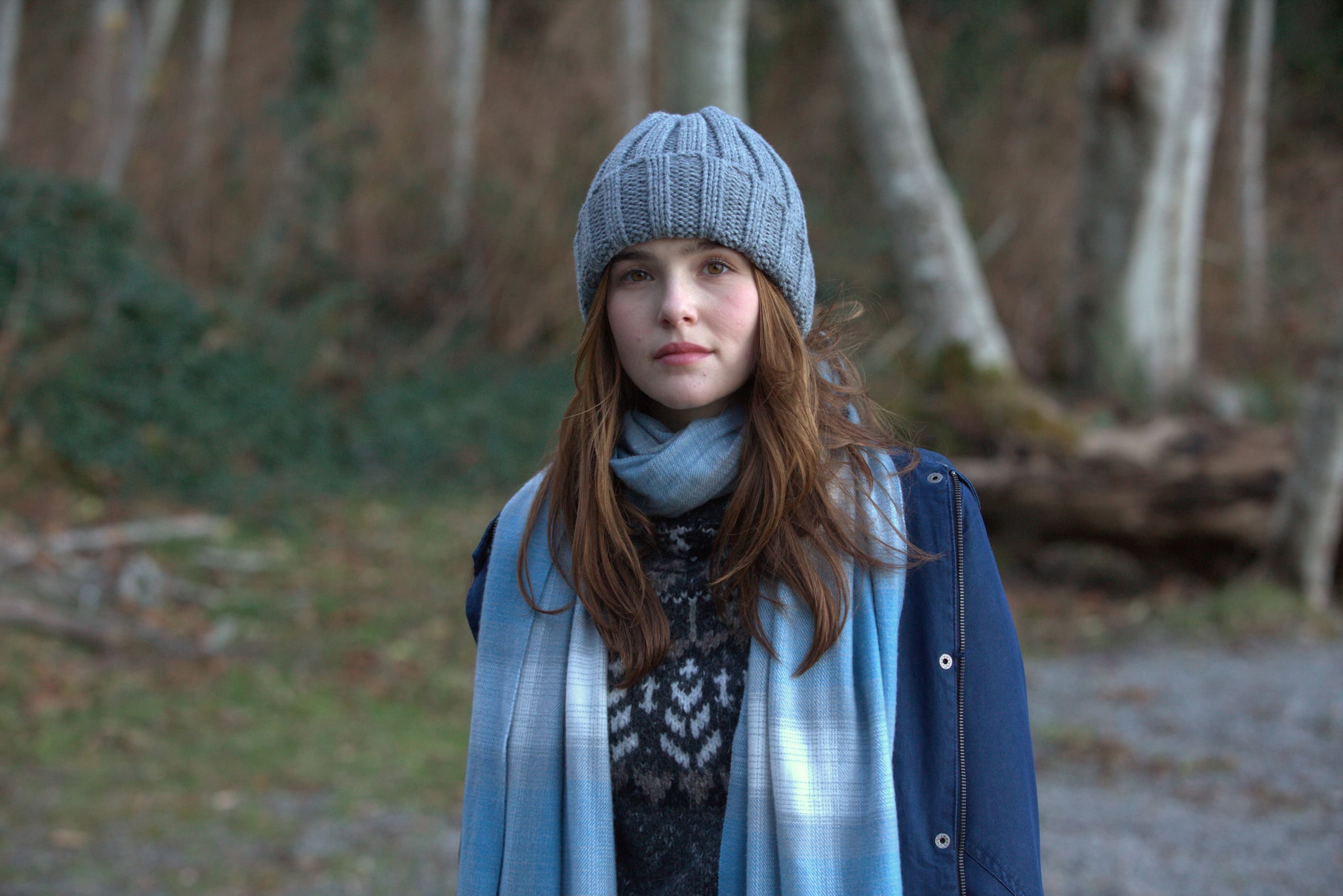 Based on the novel of the same name, ‘Before I Fall’ is a teen drama directed by Ry Russo-Young and stars Zoey Deutch as the protagonist, Samantha Kingston. On her way back from a party, Samantha and her friends apparently die in a car crash. The next day, Samantha wakes up and is caught in a time loop where she relives the day of the crash.

Like Mark and Margaret in ‘The Map of Tiny Perfect Things,’ Samantha’s realization of being stuck in a time loop is followed by her acceptance of the situation. However, events within the time loop in ‘Before I fall’ change, and Samantha finds herself acquainting with people other than her friends from her original life. With commendable performances from the main cast, the film received mixed reviews from critics. 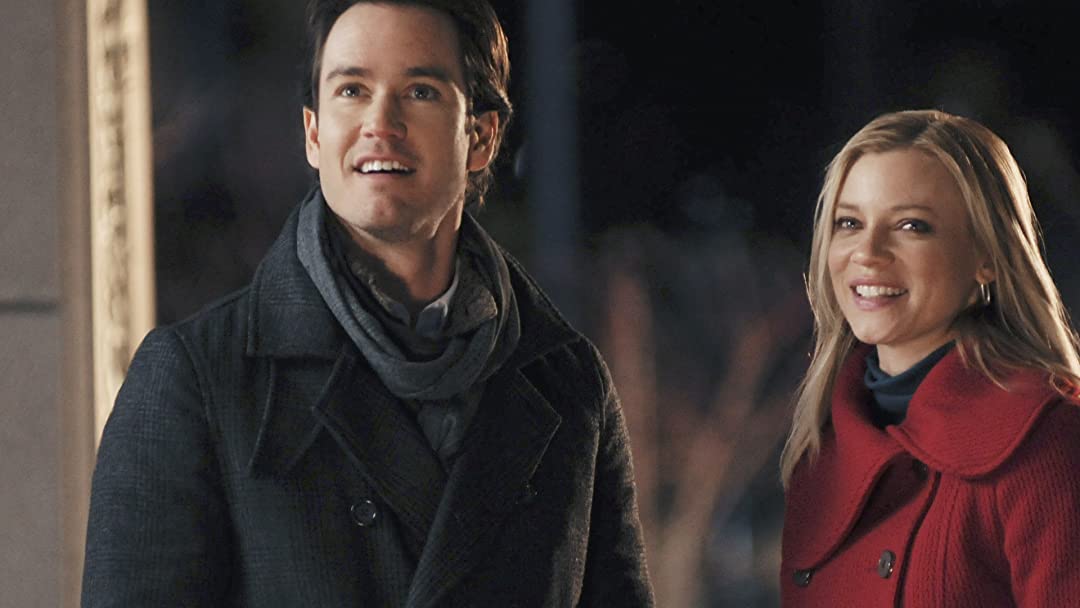 ’12 Dates of Christmas ’ is also a time loop romantic comedy like ‘The Map of Tiny Perfect Things.’ The former revolves around Kate (Amy Smart), who wants her previous relationship back, and widower Miles (Mark-Paul Gosselaar), who is on a quest to find a new partner. After rejecting a blind date with Miles, Kate finds herself stuck in a finite time loop that offers her 12 opportunities to fix her mistakes and ultimately develop feelings for Miles. The contrasts drawn between the two protagonists are parallel to the opposite personalities of Mark and Margaret in ‘The Map of Tiny Perfect Things.’ 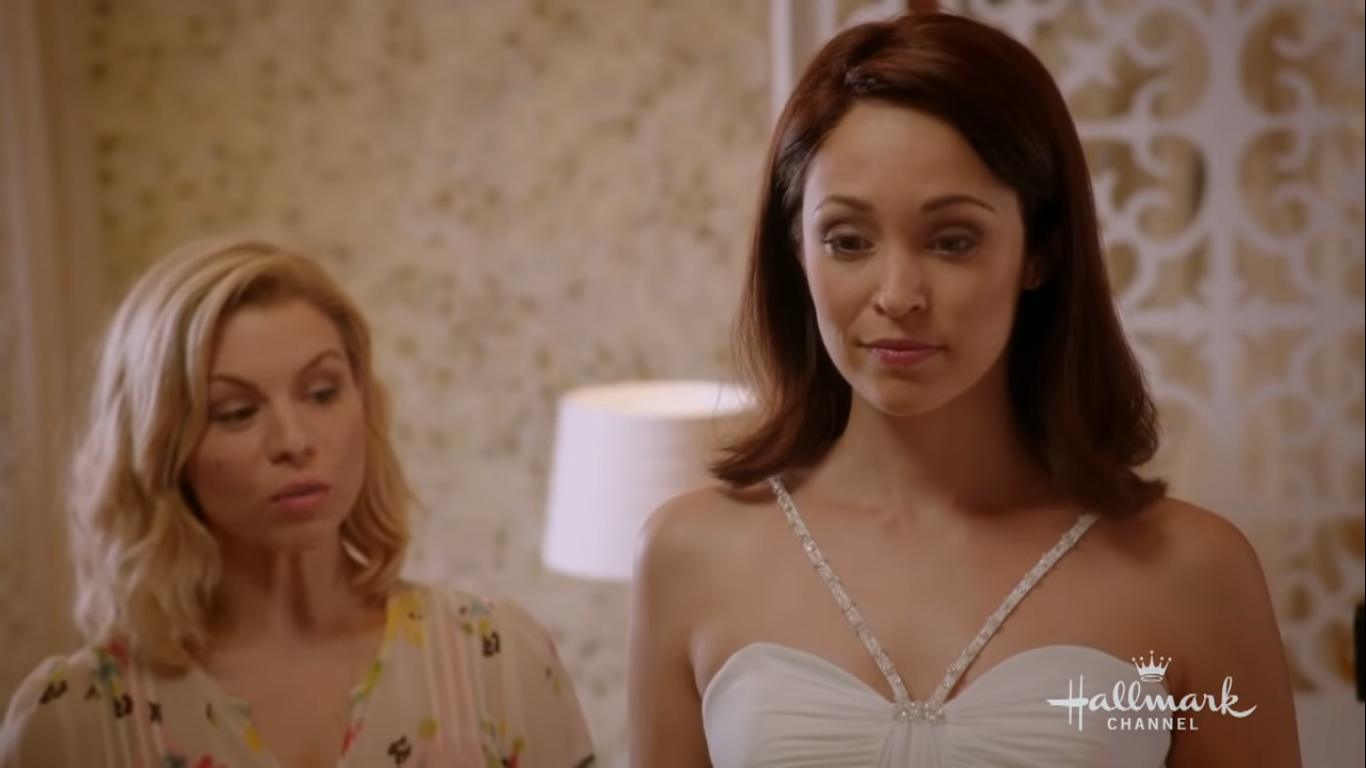 The fantasy romantic comedy, directed by Ron Oliver and written by Nancey Silvers has Autumn Reeser, Ali Liebert, and Shawn Roberts in the cast. The film’s story-line narrates the experiences of an architect, Jaclyn Palmer (Reeser), as she is stuck in a time loop. Just like Mark and Margaret in ‘The Map of Tiny Perfect Things,’ Jaclyn is forced to relive one particular day in her life over and over again, and this day is her disastrous wedding day. The loop continues to ail her till she can find what she actually wants in life.

‘Palm Springs’ is a science fiction romantic comedy and perhaps the most similar to ‘The Map of Tiny Perfect Things’ on this list. There is a time loop, there are two strangers-turned-friends (in both films) stuck in the time loop, and the looming question prevails: how can the loop be broken?

In ‘Palm Springs,’ Andy Samberg’s Nyles and Cristin Milioti’s Sarah Wilder meet at the wedding of a common acquaintance. After an incident involving a cave, both Sarah and Nyles are caught in the middle of a time loop. As they try and figure out their circumstances, the two tackle several obstacles. Stellar performances from the cast with comedic deliveries of dialogue makes the film a delightful watch.

Read More: Where Was The Map of Tiny Perfect Things Filmed?