10 Movies You Must Watch if You Love ‘The Butterfly Effect’ 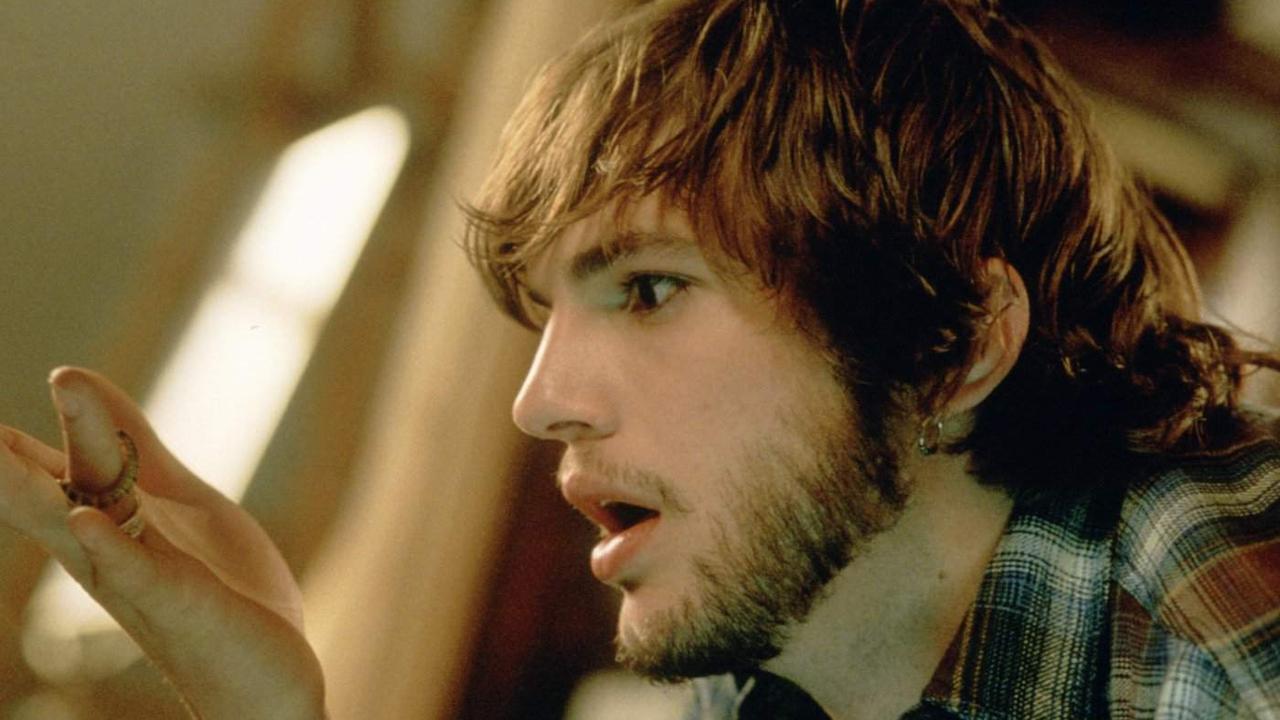 ” A robin redbreast in a cage/Puts all heaven in a rage.” – William Blake. Blake in his poem Auguries of Innocence beautifully captured the essence of what Edward Lorenz tried to explain when he tried to show the correlation between the details of a tornado forming and a butterfly flapping its wings. To put it simply, the phenomenon deals with significantly different outcomes that can take place due to seemingly small alterations in initial circumstances. The theory itself is fascinating and it comes as no surprise that plenty of filmmakers decided to explore just how a butterfly effect would play out in the lives of the characters. If you are ever having trouble figuring out what the butterfly effect is, or if you ever feel that you are in complete control of your life, we suggest you watch these films similar to The Butterfly Effect that we recommend. You can watch some of these movies like The Butterfly Effect on Netflix, Hulu or Amazon Prime. 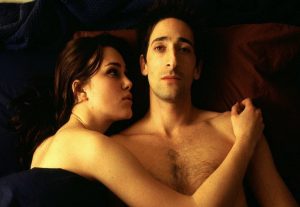 This psychological thriller starts with the butterfly effect theory as Adrian Brody’s character, war vet Jack Starks hitches a ride with a mysterious stranger only to find himself lying next to a dead cop and being charged with murder. However, as the plot progresses, the butterfly theory mutates into a spectacle of time travel as Jack is committed to a mental facility and put on experimental drugs to try and help him. Consequently, these drugs give him the power to travel to the future and he reacquaints himself with Keira Knightley’s character – Jackie. The movie hints at how time travel might change the consequences of the butterfly effect as Jack manages to prevent Jackie’s mother’s death by sending her a letter about how she orphans Jackie and consequently turns Jackie’s life around. The woman who would go on to become a low paid waitress after being orphaned is instead a nurse since her mother is alive. A finely made film that explores various avenues of chance through the scope of science fiction, this movie definitely deserves a watch. 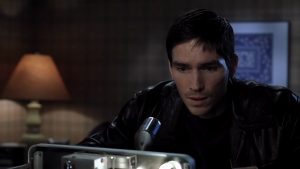 This science fiction thriller directed by Gregory Hoblit follows the story of a firefighter and his son who accidentally manage to communicate through time and unleash a butterfly effect. The son John and the father Frank communicate thirty years in time during an aurora borealis. John warns his father of an impending warehouse accident where he dies in John’s timeline. Frank saves himself but an alternate timeline is created by this act – a timeline where Frank dies of lung cancer and John’s mother is murdered by a serial killer. The rest of the movie revolves around the father-son duo trying to stop and catch the serial killer respectively in their own timelines. However, the climax sees another timeline being created by the serial killer being shot by Frank. A timeline where the family is alive and well and wealthy (having invested in Yahoo!) and Frank and John enjoy a baseball game in 1999 where Frank is still alive since he quit smoking a long time back. 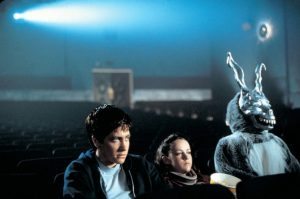 One of the most infuriatingly complex films by Richard Kelly, this movie now enjoys a cult status. The film not only deals with the butterfly effect on multiple levels but also the very perception of reality and its paradoxes. The film follows the theory at the core of Donnie’s own life as he is miraculously called out of his bedroom by a mysterious rabbit moments before a jet engine crashes into his bedroom. The rabbit, having saved his life starts to push Donnie towards several misdeeds and they have consequences for the characters around him.

However, the main butterfly effect happens when the story shows an alternate timeline where Donnie just wakes up to realize that this is the exact moment of his death and the jet engine comes crashing down on him. The film thus explores the possibility that the entire chain of events not have taken place at all. If the butterfly effect could have as much impact when the butterfly flapped its wings, then Donnie Darko would be the cinematic representation of the same. 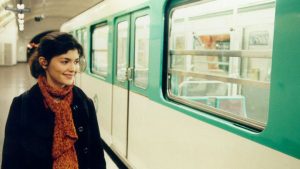 Directed by Laurent Firode, this film is also known as ‘The Beating of the Butterfly’s Wings’ in a telling nod to what the film might be about. Starring the extremely talented Audrey Tatou, the film is basically a look into the lives of various characters. Never quite reaching a resolution, the film follows Irene (Tatou) who is told by an old woman that she would meet the love of her life on that day. The rest of the day follows random events like a coffeemaker being stolen, a lottery ticket – these small things all go on to effect Irene and the characters around her. A sweet film, the movie thoroughly explores the butterfly effect and everyday chaos in human life.

Starring Ryan Reynolds, this film is titled to reveal the exact nature of chance. The plot accordingly follows a man who is in complete control of his life – a time management lecturer, Frank practices what he preaches and lives life perfectly. However, one day, his wife sets a clock back by ten minutes and he misses the ferry, turns up late for the speech and has an off day. Things turn worse when he helps a pregnant woman and there is a mix-up as his wife believes the baby is his and he is having an affair. In order to prove his faithfulness, he undergoes a paternity test but discovers that he is unable to have a child. The lie about his own life and the realization that his daughter is not his own and his wife has been unfaithful makes him go through withdrawal. However, he realizes the chaotic nature of life and decides to live life by chance alone. The film is one of the few that explores the butterfly effect without the use of science fiction or magical realism, just through everyday life and how random it is. 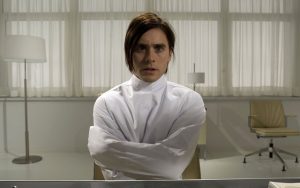 An exploration of infinite what-ifs this film stars Jared Leto as Nemo Nobody. Nemo’s life plays out two parallel scenarios as he waits on the station and has to make a decision whether to go with his mother or his father. The cinema splits the narrative at that point and shows how Nemo’s life would play out in case of both possibilities. A finely made film that explores various themes including the chaos theory and the butterfly effect at the very beginning where a leaf is responsible for Nemo’s parents meeting in the first place. A wonderful work by the talented Jaco Van Dormael, this film definitely deserves greater recognition. 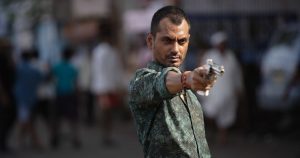 This Indian noir thriller screened at the Cannes in 2013 but was released in India in 2017. The plot follows Adi a cop wet behind his ears as he comes face to face with a supposed gangster fleeing a shootout. Adi corners the gangster Shiva portrayed brilliantly by Nawazuddin Siddiqui. He faces multiple choices at that moment about the kind of man he wants to be – each choice has its consequences far-reaching and life-altering for Adi and those around him. Although the film reaches an apparent didactic end where the audience feels that Adi has lived up to his father’s expectations in taking the middle path, the director deftly includes a fourth scenario where Adi doesn’t live at all. A finely made film made more brilliant by stellar acting performances, this movie has not made enough waves amongst the audiences and it is a shame for it is a fantastic film that will leave you agape. 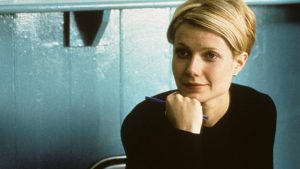 Starring Gwyneth Paltrow this film explores the life of a young woman who is fired from her PR firm and as she leaves she drops an earring. Later rushing to catch the tube her life is split into two parallel timelines based on whether she catches the train or not. Influenced by Blind Chance and the motif of public transport, this film is more light-hearted though Helen (Gwyneth’s character) goes through quite a lot. Both possibilities share a common ground where she is pregnant and loses her child. The first one sees her die soon after finding true love and the second sees her alive, but alone and having gone through a messy breakup. The film with its brilliant acting paved the way for alternate reality movies in the UK and remains one of the finest specimens of the butterfly effect. 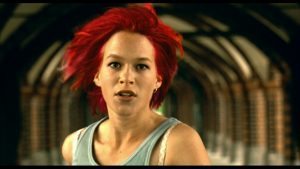 This cinema has become a cult classic – a fast paced, action packed, bright and unique cinematic experience. Lola has twenty minutes to get hold of a large sum of money or her boyfriend is dead. Lola runs through three scenarios, each having their own consequences not only on her and Manni but on every character she runs past. The parallel reality turns this snazzy film into a crime drama which provides food for thought and this film remains one of the finest cinematic examples of all time due to the directorial brilliance and the on-screen chemistry. 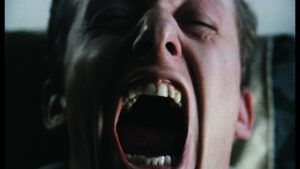 The man who started it all, the great  Krzysztof Kieslowski made his film in 1981 but the Polish censorship only allowed him to release it in 1987. The thinker who made new types of films and explored various possibilities came up with the idea of including this theory in films in the first place. Witek chases after a train after he impulsively decides to go to Warsaw. The film follows different scenarios and the driving force turns out to be a man buying a beer. The influential director explores various complex themes in the movie apart from the butterfly effect, the most important being censorship and life in communist Poland. One of the finest films of all time, this movie went on to influence both the second and third films on this list, and it took off from there, so if you love movies about the butterfly theory you have this man to thank for it.