Is Kimi Based on a True Story? 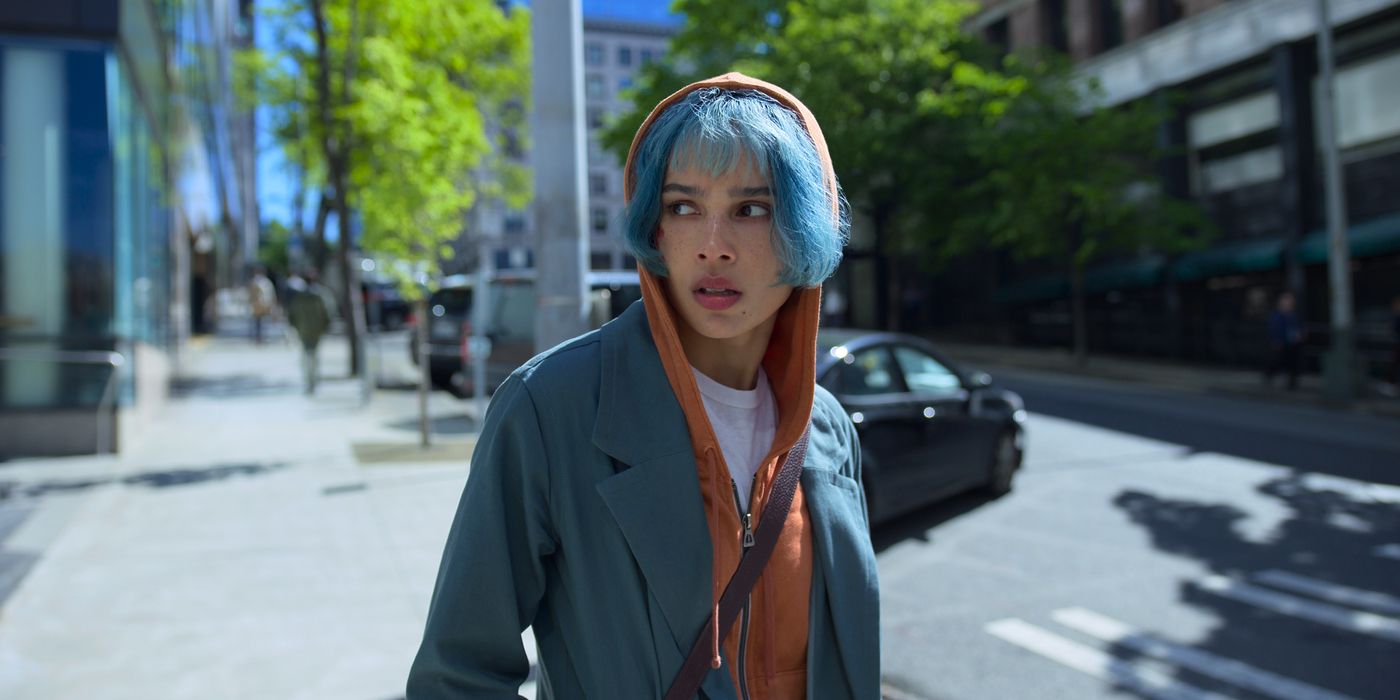 ‘Kimi’ is a thriller movie directed by Steven Soderbergh that tells the story of Angela, a tech worker with agoraphobia who must venture outside the comfort of her house to get justice for an assault victim after stumbling upon evidence against the culprit. The movie is a character-driven story that is firmly rooted in reality.

It alludes to real-world events such as the Covid-19 pandemic and thrives on the present day’s digital technology. Moreover, it tackles themes such as sexual assault, crime, and corporate corruption. Naturally, if you watched the movie, you must be wondering whether it is based on any actual incidents or true stories. In that case, here’s everything you need to know about the inspiration behind ‘Kimi.’

Is Kimi Based on a True Story?

No, ‘Kimi’ is not based on a true story. The film is based on an original concept from writer David Koepp and weaves a fictional narrative. However, the backdrop of the movie, as well as its premise, has some semblance to reality. Koepp read numerous newspaper articles before coming up with the idea for the film. He began writing the script after the onslaught of the Covid-19 pandemic. Koepp wanted to incorporate the societal changes caused by the pandemic into the storyline.

“The idea was always that the heroine is agoraphobic, and that’s because that’s the worst person that this should happen to. I was trying to think of whose job would this be? Who could live at home and not ever likely to go out, and then what makes them go out?” Koepp shared about the film’s conceptualization in an interview with The Wrap.

The Covid-19 pandemic’s impact is felt in the movie, as the characters wear masks and regularly sanitize their hands. Moreover, the film alludes to protests against the government’s policies over movement restrictions in the country during the height of the pandemic. The film’s title refers to a device known as Kimi, which, although fictional, resembles real-world AI and voice-controlled assistants such as Alexa, Siri, and Google Assistant.

Through the device, the film also comments on privacy in the digital age and the use of such technology in crime-solving. In the movie, Angela stumbles upon a crime via Kimi’s recordings. The situation is likely loosely inspired by the real-life murder of Silvia Galva. The victim’s Amazon Echo device recordings were treated as crucial evidence in the case. Another similar case took place in Arkansas in 2015. However, the film focuses more on the crime’s impact on its protagonist than the actual investigation.

Ultimately ‘Kimi’ is a smart and gripping thriller film that tells a fictional story. However, its narrative is submersed in real-world scenarios and conflicts. The film’s tense atmosphere reflects the times we live in and allows the viewers to easily connect with the protagonist’s plights. It also deals with sensitive themes and raises valid questions about corporate ethics that are relevant in the digital age. The writer’s attention to detail and deft handling of said themes give the movie a sense of realism.