Kimi Ending Explained: Who is the Killer? 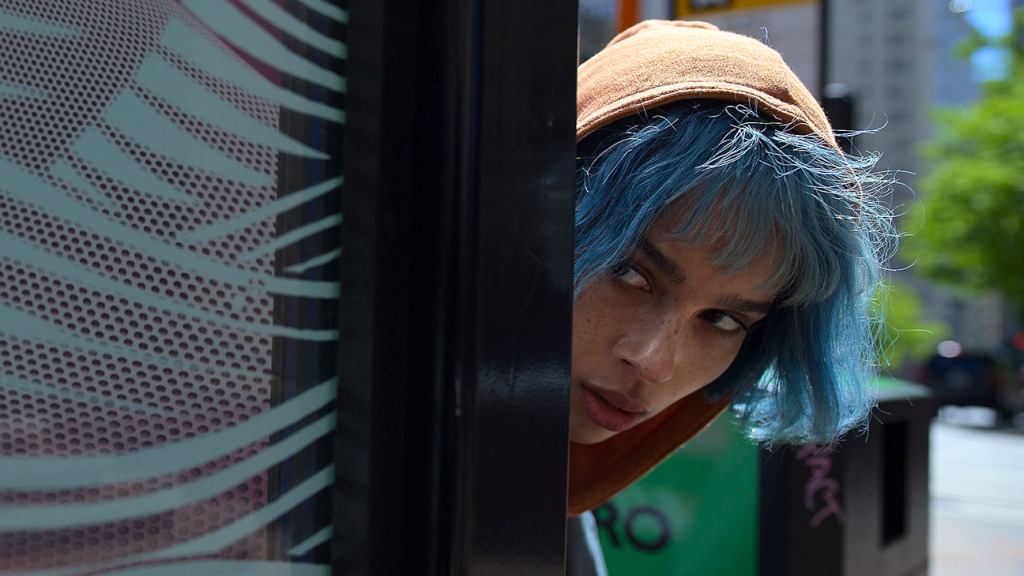 Director Steven Soderbergh’s ‘Kimi’ is a thriller film that blends elements of crime, technology, and psychology through the story of Angela, a tech worker. Angela discovers evidence of a heinous crime. However, Angela quickly realizes that only she can bring the matter into the spotlight but, in doing so, must confront her greatest fear.

After a series of tests, Angela finds herself in grave danger and at the center of a conspiracy greater than she imagined. If you are curious to find out how Angela maneuvers herself from the threats and whether she succeeds in her quest for justice, here’s everything you need to know about the ending of ‘Kimi.’ SPOILERS AHEAD!

‘Kimi’ follows Angela Childs (Zoë Kravitz), a tech worker for Amygdala Corporation, a company that makes Kimi. This cloud-based, voice-activated assistant controls all the electronic devices in a person’s home. Angela has agoraphobia which has been aggravated by the Covid-19 pandemic. Therefore, she resorts to staying at home and working. Although Angela regularly hooks up with her neighbor, Terry, she refuses to go out. Angela works as an audio analyst and resolves miscommunication complaints of Kimi. 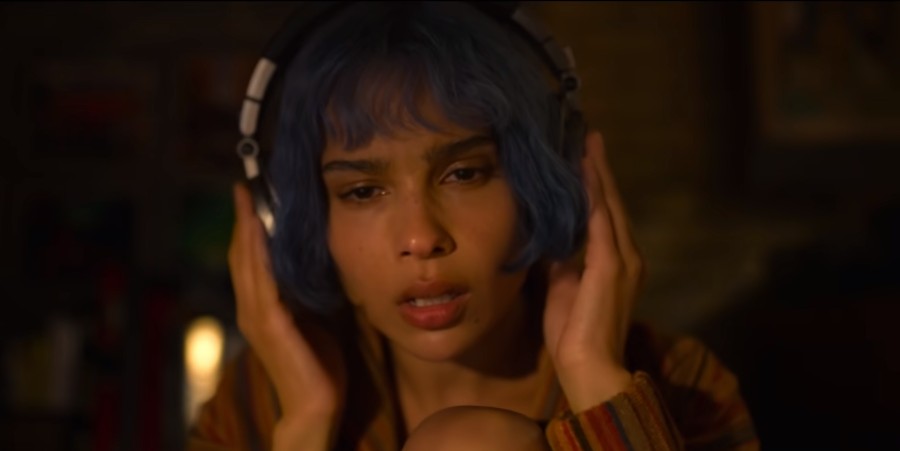 One day during work, Angela goes through the audio streams assigned to her and discovers a muffled voice recording that hints a woman has been assaulted. Angela becomes disturbed and tries to report the incident to her superior, who shuts her down and suggests contacting Natalie Chowdhury, the company’s Head of Organic Voice Interpolation. Angela uses the help of Darius, an IT worker, to get a dummy admin ID and access all the voice recordings of the user whose device flagged the complaint.

Through the audio files obtained from the device’s database, Angela learns that the device belonged to a woman named Samantha Gerrity. She accused a person named Brad of raping her and was subsequently killed when she threatened to reveal the truth. The dreadful events were recorded by Kimi and are evidence of the crimes against Samantha. Angela gets in contact with Natalie in hopes that she can get justice for Samantha.

To do so, Angela is forced to venture out of her apartment and confront her agoraphobia. When she meets Natalie, Angela realizes that the company is trying to sweep the matter under the rug and suspects that the culprit is an important figure in the company. Thus, Angela flees from Amygdala’s office and heads to the FBI with the evidence. Whether or not Angela succeeds in her quest and gets the culprit apprehended makes up for the rest of the plot.

Kimi Ending: Who Is the Rapist and Killer? Does Angela Share the Evidence With the FBI?

During the film’s final act, Angela finds herself running from some goons led by Rivas. Rivas is working on the orders of Bradley Hasling, the CEO of Amygdala. Earlier in the movie, it is hinted that Bradley is trying to hide a dark secret. As it turns out, Bradley is the “Brad” from Samantha’s voice recordings. He refused to take responsibility for his actions, and when Samantha threatened him, he had her killed with Rivas’ help. Now, Bradley has sent Rivas and his men to take care of Angela. 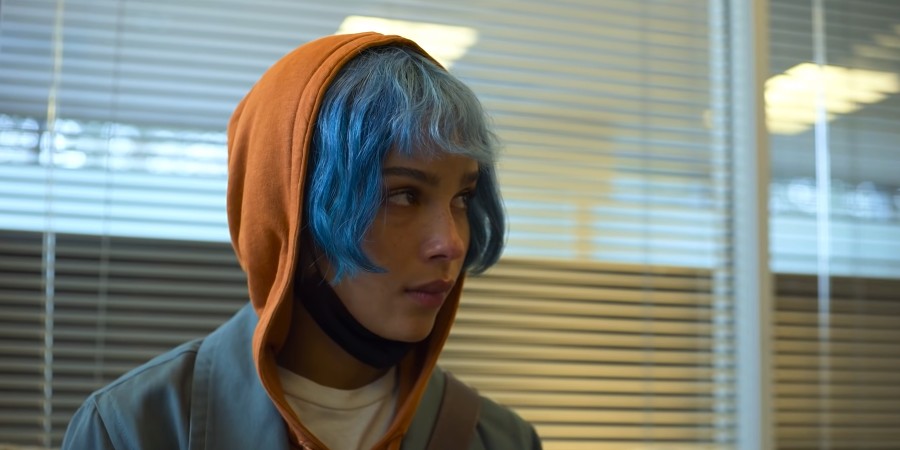 As Angela tries to make her way to the FBI office, she is tracked down by a hacker named Yuri. Rivas’ men try to kidnap Angela in broad daylight but are stopped by the intervention of a group of protestors. Angela reaches the FBI office, but before she can enter, she is drugged and carried back to her place. Angela’s neighbor, Kevin, tries to save Angela from the goons but is stabbed in the process. Rivas holds Angela and Kevin at gunpoint and demands all the evidence against Bradley that Angela has. It seems like Angela is done for, but Rivas and his men make a terrible mistake by bringing Angela back to her house.

Although killing Angela in her house would have avoided any suspicion of foul play, the decision led to the goons’ downfall. Since Angela spends most of her time at home, she is aware of every nook and corner of it. With Kimi’s help, Angela distracts the goons and hides in the attic. She retrieves a nail gun and uses it to kill the goons. In the end, Angela proves to be a formidable force and emerges on top. She informs the authorities of the crime and shares the evidence.

In the final moments, Bradley is arrested, and the scandal becomes public. Thus, Angela succeeds in her quest and obtains justice for the crimes against Samantha. The ending also highlights the role of the surveillance capabilities of modern technology and their role in solving crimes. Despite the unethical corporate behavior of the Amygdala Corporation, their own device plays a crucial role in the undoing of their CEO, and there is a sense of poetic irony to the entire scandal.

Does Angela Overcome Her Agoraphobia?

As the narrative progresses, viewers learn more about Angela and her past. Angela has agoraphobia, which creates paranoia and anxiety from unexpected situations. Hence, Angela resorts to staying at home. We later learn that Angela’s issues began after she was assaulted. During Angela’s conversation with Natalie is revealed that Angela was working in Washington DC when a man assaulted her.

However, instead of the aggressor, Angela was put on trial. The incident left a significant impact on Angela’s psychological state and led to her experiencing agoraphobia. Angela’s agoraphobia is also why her and Terry’s relationship is becoming stagnant. Towards the end, Angela recognizes that she must confront her agoraphobia and venture outside to reveal the truth about the recordings. Despite feeling anxious and almost having a panic attack, Angela successfully navigates all the challenges and succeeds in her quest.

In the final moments, the camera pans through Angelas’ entire apartment, but she is nowhere to be seen. Instead, viewers see Angela outside her house at a food truck. She is enjoying her time outside and has reconnected with Terry. Hence, it is safe to say that Angela has overcome her agoraphobia. Angela relates to Samantha’s situation, and having the culprit in Samantha’s case arrested likely provides Angela with closure about her past. Thus, Angela overcomes her agoraphobia, and the movie ends with Angela living her best life.