Is King of Stonks’ Magnus Cramer Based on a Real Person? Where is He Now?

‘King of Stonks’ is a Netflix satirical series that tells the story of CableCash, a fintech German start-up that causes the biggest financial scandal in German history. Magnus Cramer (Matthias Brandt) is the CEO of CableCash. Along with COO Felix Armand (Thomas Schubert), he turned the company into what it is. When the series opens, CableCash is about to go public. Magnus dupes Felix into giving him full control and firmly establishes himself as the face of the company. Magnus is charismatic, bombastic, and an opportunist. If you are wondering whether he is based on a real person. We got you covered. SPOILERS AHEAD.

Who Is Magnus Cramer?

Magnus is one of the main protagonists of ‘King of Stonks.’ Twelve years before the series, Magnus was one of the consultants from Deutsche Bank that came to Networth to buy the company. Established by the future Deutsche Bank head Jutta Katz, Networth sought to provide an uncomplicated online payment option to internet entrepreneurs, though they are only restricted to adult filmmakers, ringtone makers, and online gambling websites. Networth drew Deutsche Bank’s attention because of its sophisticated code, which Felix created. Magnus recognized this and convinced the other man to hide the said code. As a result, the deal fell through, and Networth tanked. Magnus and Felix bought the company for one euro and rebranded it as CableCash. 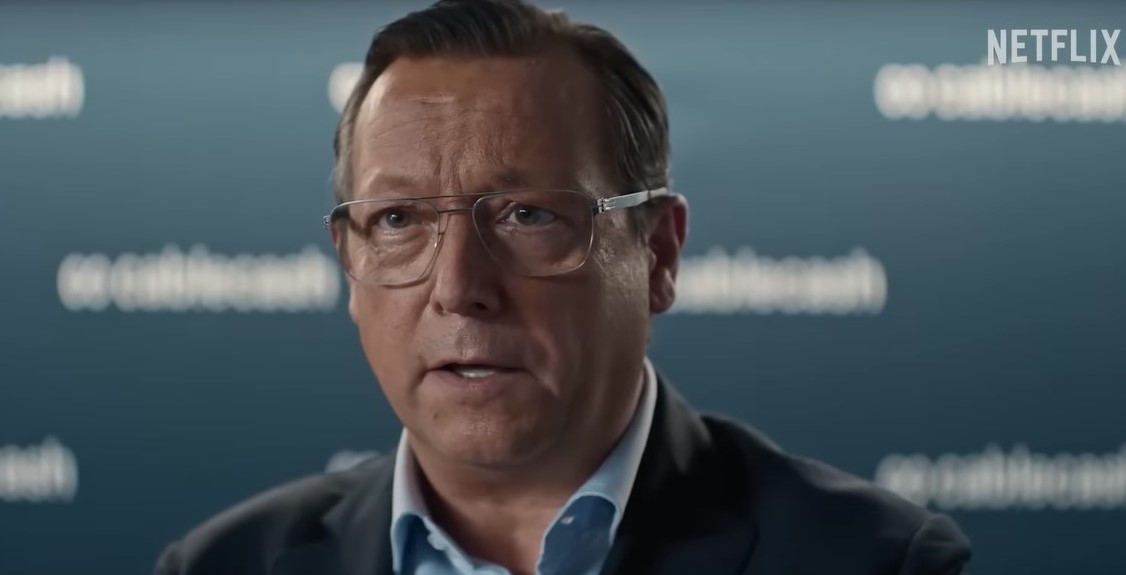 Magnus has big ideas in the show but always needs Felix to accomplish them. He is eventually forced to cede the executive control to Felix, but the latter allows him to keep being the sole CEO of the company.

Is Magnus Cramer Based on a Real Person?

While Magnus Cramer, the CEO of CableCash, doesn’t exist in real life, he seems to have been inspired by Markus Braun, the CEO and CTO of Wirecard AG, a since-insolvent payment processor and financial services providing company in Germany. Wirecard AG was at the epicenter of one of the biggest financial scandals of recent years. There were accusations of accounting malpractices since the company was incorporated. In 2019, The Financial Times published a series of exposés. The company went insolvent in June 2020 after it was revealed that it couldn’t find €1.9 billion in cash.

Braun is originally from Austria. After obtaining a degree in commercial computer science from the Technical University of Vienna, Braun got a Ph.D. in social and economic sciences from the University of Vienna. In 2002, two years after receiving his Ph.D., Braun became the CEO, CTO, and board member of Wirecard. In June 2020, Braun resigned from his post at Wirecard after about two billion dollars went missing. The German authorities subsequently arrested him.

In a June 2022 interview, Philipp Kässbohrer, the co-creator of ‘King of Stonks,’ was asked what role the Wirecard case played in the show. Kässbohrer responded by saying that the inspiration for the real-life scandal was minor in the series and that CableCash was its own fictitious company. He explained that he and his team were focused on the motivations of the characters.

Where Is Markus Braun Now?

On June 22, 2020, Braun turned himself into the German police and was subsequently arrested for the first time. The bail was set at €5 million ($5.67 million), which Braun paid and was released. Exactly a month later, on July 22, he was apprehended by the authorities again. Braun faces charges of fraud, breach of trust, and accounting manipulation. If convicted, he can go to jail for up to 15 years. According to Braun, he is not one of the masterminds of the scandal but a victim of fraud.

Read More: Is King of Stonks Based on a True Story?