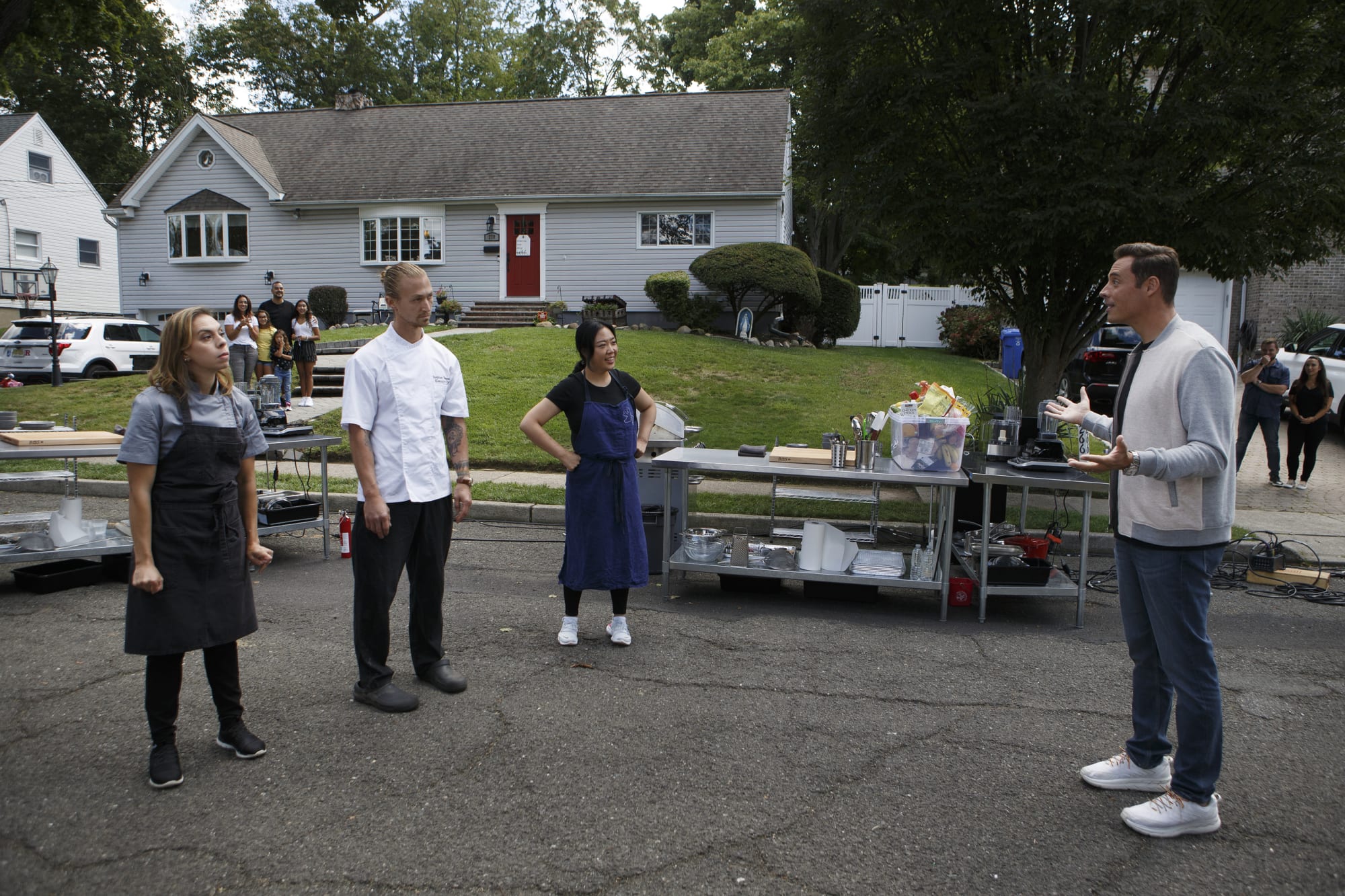 As the title suggests, Food Network’s ‘Kitchen Crash’ is a cooking show wherein three eager chefs barge into unsuspecting neighborhoods and try to convince families to hand over a few ingredients from their refrigerators so that they can have a competition like no other. By blending aspects like mystery, quick thinking, and food into one, it is the perfect cocktail of ‘The Final Table,’ ‘Supermarket Stakeout,’ and ‘MasterChef.’ So now, if you are curious about the background, production, and realness of this clever series, we’ve got the details for you.

Is Kitchen Crash Real or Fake?

Let’s be honest, whenever a show that advertises itself to be “impromptu” comes onto our television screens, the primary thing that we assume is that it has to be scripted. Thus, when Food Network came up with ‘Kitchen Crash’ and declared that “anything can happen” within the competition, which host Jeff Mauro “will make sure of,” many viewers commented that it would be impossible for everything to be authentic. After all, why would families be dressed up or allow strangers with a camera crew to raid their homes if they didn’t have information beforehand? 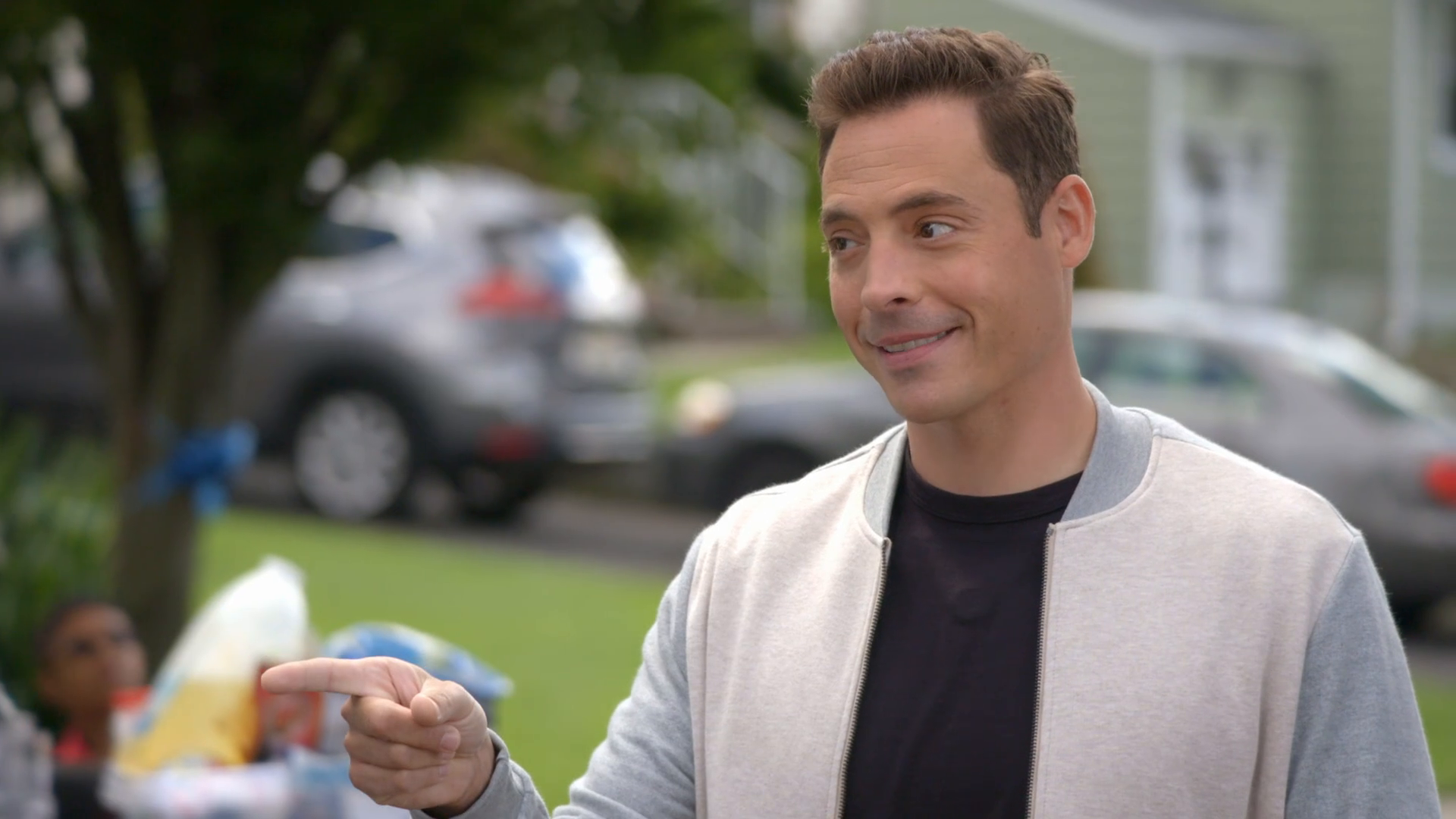 However, on a Reddit thread for the same, Jeff Mauro supported his show’s claim and clarified every problem one might have with the premise. “Full disclosure, the families DID know a television show was filming on their block and they could possibly be featured,” he asserted. “They DID NOT KNOW it was a Food Network show or a food competition in any way. When the FN truck pulled in the day of filming, of course, our cover was blown. No food or pantry items were scripted or planted.”

Under the username, “TheSandwichKing,” Jeff further explained, “The food you see is what they gathered from the homeowner’s kitchens. Zero additions from the productions….No sugar, frozen chicken, no oil makes for a much more fun game!” In reply to another comment on the same thread, the talented host said that he would love to take this competition all over the United States of America, but “Covid restrictions and quarantine laws,” at least at this point, would create complications. 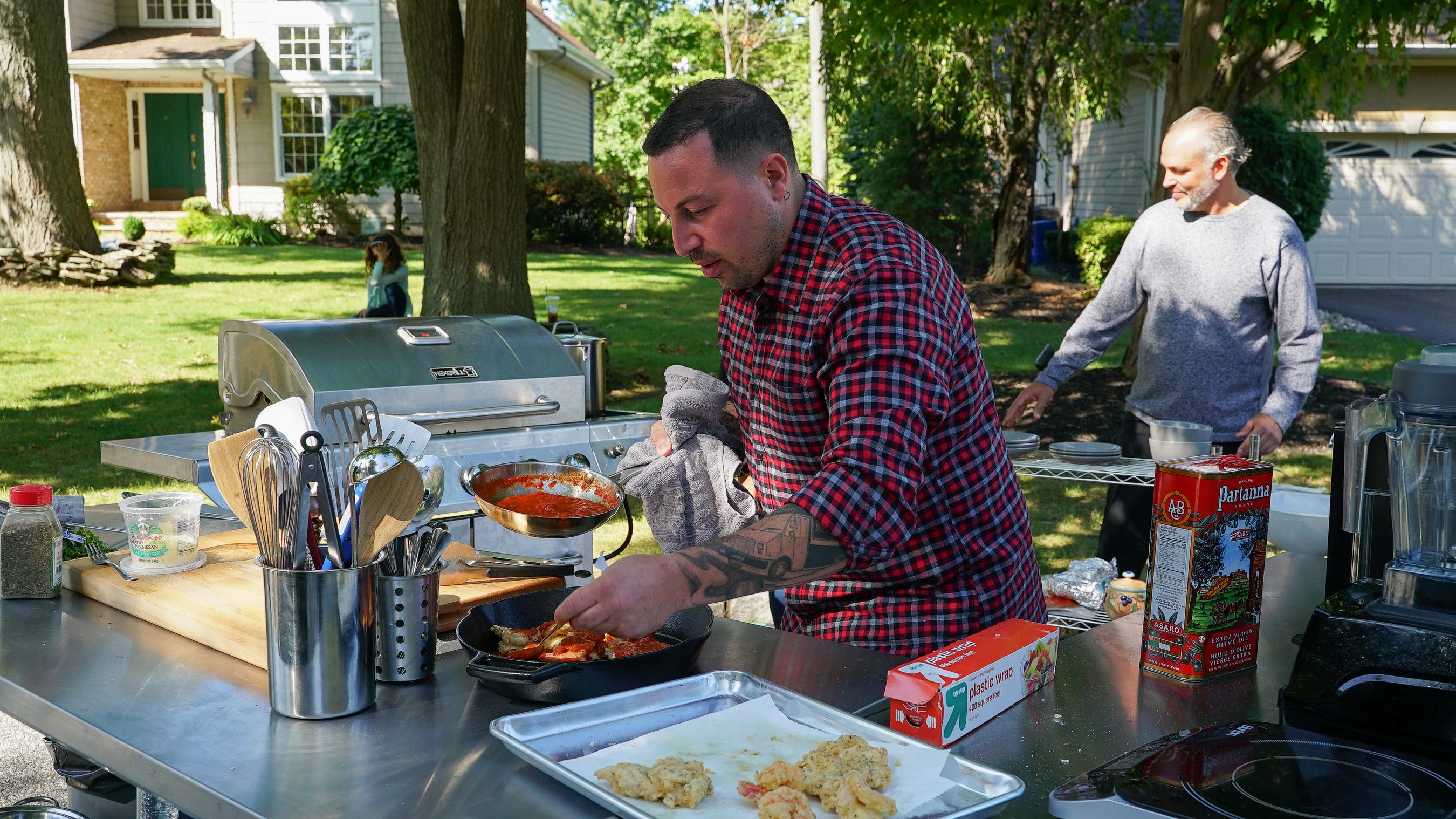 “There is a immensely diverse wealth of great locations, neighborhoods and blocks in the country and my goal is to hit them all,” Jeff Mauro candidly declared. “Each location and house is a character in this show and the options are endless.”

Do The Families on Kitchen Crash Get Paid?

The answer to this question is a plain and simple yes. In one way or another, the producers compensate the families that feature on ‘Kitchen Crash.’ Apart from the reimbursement for ingredients, they also receive a share of the $10,000 grand prize if their chef won. There is always an understanding between a chef and the family whose ingredients they are using that if the $10,000 comes their way, they will split it somehow. This most likely gets discussed in the 10 minutes the chefs have on the show to convince people for help.

100% reimbursement for any and all things used or unused. We are very respectful of this https://t.co/teX9NYkh7T

For the others, they merely have to settle for the “100% reimbursement for any and all things used or unused.” The host, chefs, and production team are all aware of the importance of good groceries and are “very respectful” about the matter of restitution.

Read More: Is Jeff Mauro Married? Does He Have Children?