Is KJ Gay or Bisexual in Paper Girls? 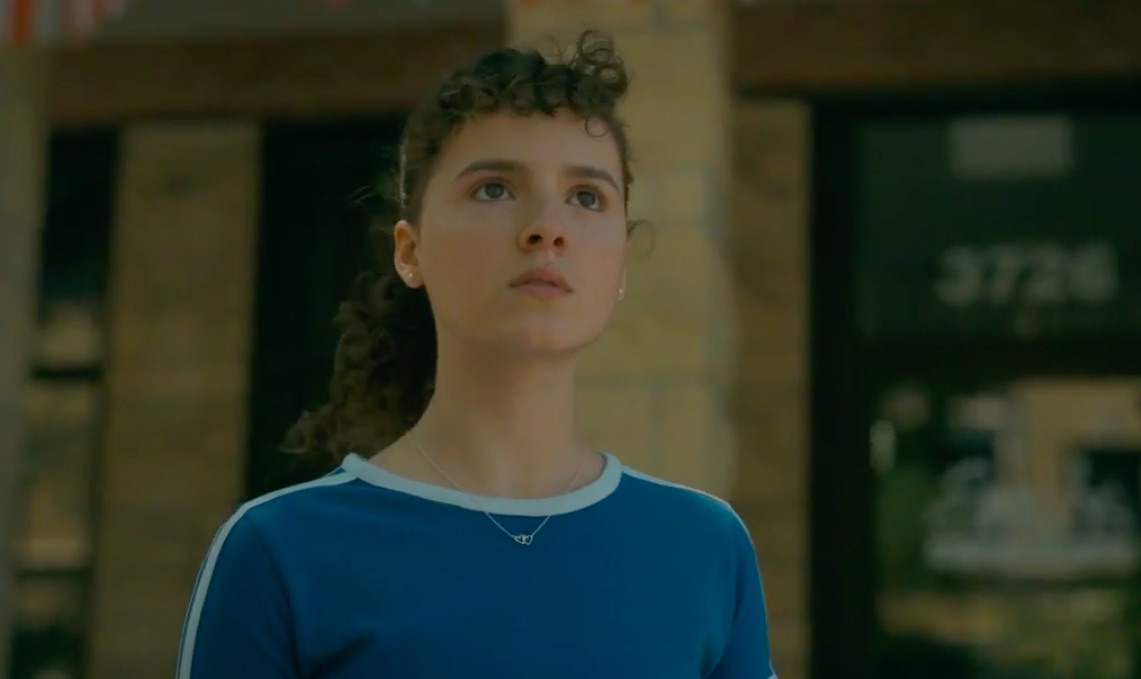 Amazon Prime’s ‘Paper Girls’ is a time travel drama that follows four twelve-year-old girls on an adventure of a lifetime. The series serves the audience with a thick plot with uncertainty and unexpected twists lingering at every corner. Apart from the confusing timelines and the fragile connection between the past and the future, the show also focuses on building strong and distinct characters. While the girls explore the meaning of time and their travels in it, they also discover surprising things about themselves. While crossing paths with her future, KJ comes across a startling realization about her sexuality that changes the way she sees herself and the people around her. What does it mean for her? Let’s find out.

Is KJ Gay or Bisexual?

Yes, KJ is gay in ‘Paper Girls’. The revelation comes to her when the girls land in 1999 with older Erin and Larry. When both adults die trying to save the girls from a deadly robot, the preteens are forced to consider the option of seeking shelter in their own homes. This puts them at the risk of being seen by a family member, which wouldn’t be ideal for them, considering the mess that they’re already in. This is when KJ remembers that around the Fourth of July, her family goes away for holidays, which means her house should be empty and ready for them to take shelter in.

It turns out that her prediction was based on the 1988 situation when she was still a kid. In 1999, she is in her early 20s and goes to NYU, despite the fact that she’d wanted to get a business degree as a kid. Now, her family is celebrating the Fourth of July at their home. However, this doesn’t stop the other girls to go in and help themselves to some food from the party. After hesitating for a while, KJ walks into her home, though she has to remain out of sight, hoping that no one recognizes her.

While exploring her own home, she ends up in a room where she meets a girl that turns out to be the future KJ’s girlfriend. While it is not a completely out-of-the-blue revelation, KJ is taken aback. She lashes out later when she hits Mac in the nose for no apparent excuse. The reason she finds it so hard to digest that she is gay is because of the homophobic environment of the time she used to live in. The late 80s were not a very kind time to be a homosexual, which was also the reason people like KJ had to remain closeted.

Once she left her small town behind and moved to New York, KJ found it easier to explore her sexual orientation. For the twelve-year-old KJ, however, it is still a great shock. But once the information starts to settle down, it becomes easier for her to accept who she is. She spends some time talking with her future girlfriend and expresses her curiosity about how one knows where one belongs on the sexuality spectrum. Slowly, she finds that it is not so bad after all, though she still needs some time to come out to her friends. She comes on the verge of telling Mac, but the conversation takes a different turn and she drops the idea.

The newfound information about her orientation also leads KJ to re-evaluate her friendship with Mac, and it looks like she might have more feelings for her. This makes her uncomfortable, which becomes evident in her haphazard behavior with her. One moment she is the kindest person to Mac, and in another, she jerks away her hand while Mac is trying to express gratitude. This shows that there is still a long way for KJ to come to terms with who she is and accept herself completely, without any inhibitions before she can come out to others.

Read More: Do KJ and Mac End up Together in Paper Girls?