Is Land Based on a True Story? 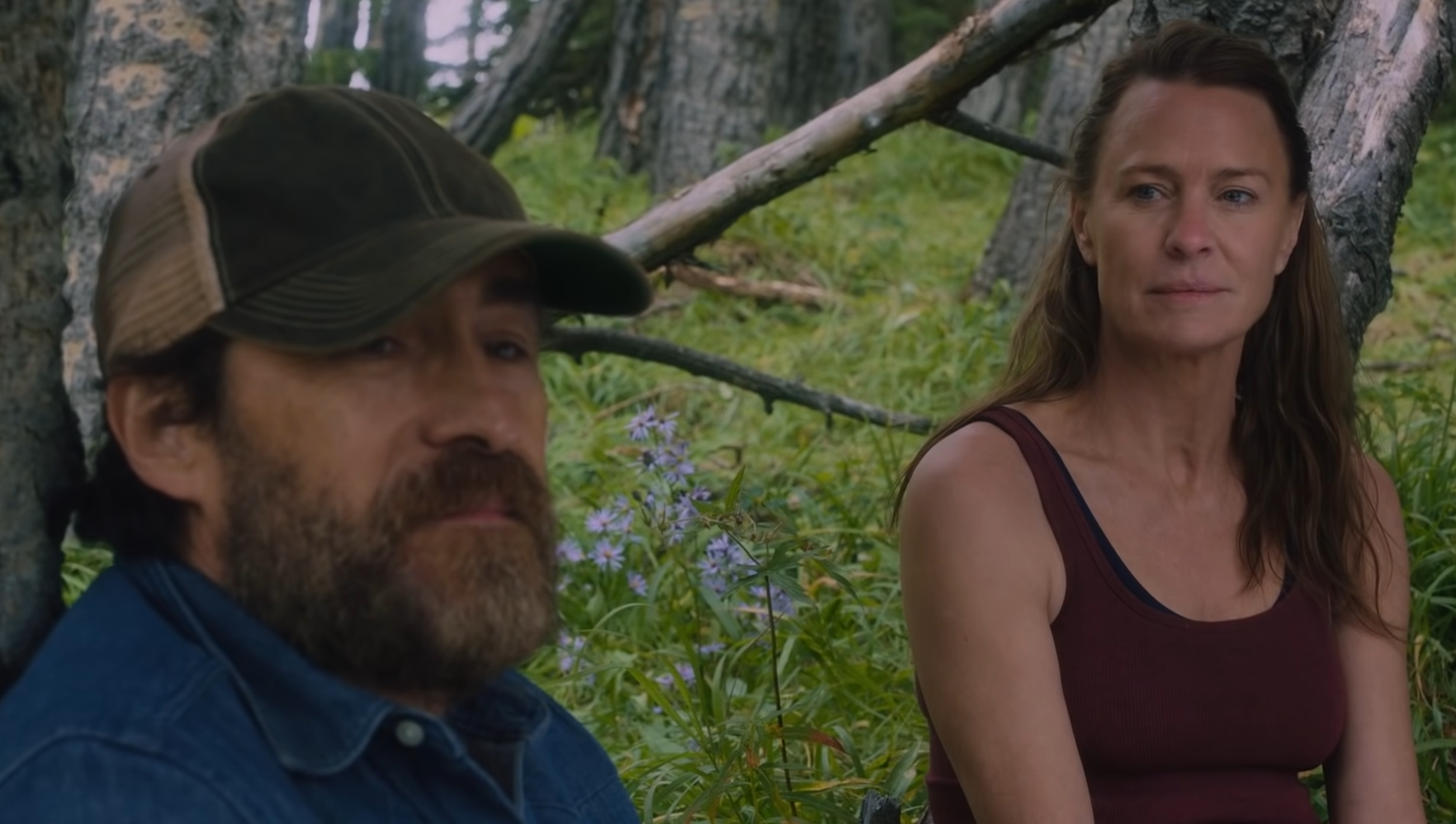 Grief can slowly creep into one’s mind, and it can force people to make decisions out of desperation. ‘Land,’ a beautiful examination of this emotion, marks the directorial debut of Robin Wright. She essays the character of Edee Mathis, a Chicago-based lawyer who suffers from immeasurable grief in the face of a devastating loss. Her life seems hijacked by ennui as she desperately tries to break free from its shackles. Edee’s suicidal tendencies indicate a move to escape her grief, but eventually, she chooses to isolate herself in the Wyoming wilderness.

Her callous packing depicts her desperation, and she cuts herself off from any probable contact with her privileged life. Edee’s travails of survival push her to the brink of death, a fate she seems to accept without any protest. She is saved by a local hunter, whose presence helps Edee overcome her loss. ‘Land’ is a tale that resonates with the feeling of desolation that we all have experienced at some point in our lives. So, let’s examine whether the touching story has some roots in real life or not.

Is Land Based on a True Story?

No, ‘Land’ is not based on a true story. The film is based on a fictional script written by Jesse Chatham and Erin Dignam. Producers Allyn Stewart and Lora Kennedy took the developing story by Chatham to Robin Wright, who was working on ‘House of Cards’ and had directed some of its episodes. Both the producers were enamored by Wright’s directing abilities and her acting credentials. Upon identifying the script’s potential, Wright enlisted Erin Dignam, her friend, to create a nuanced narrative that could function as a poignant script. 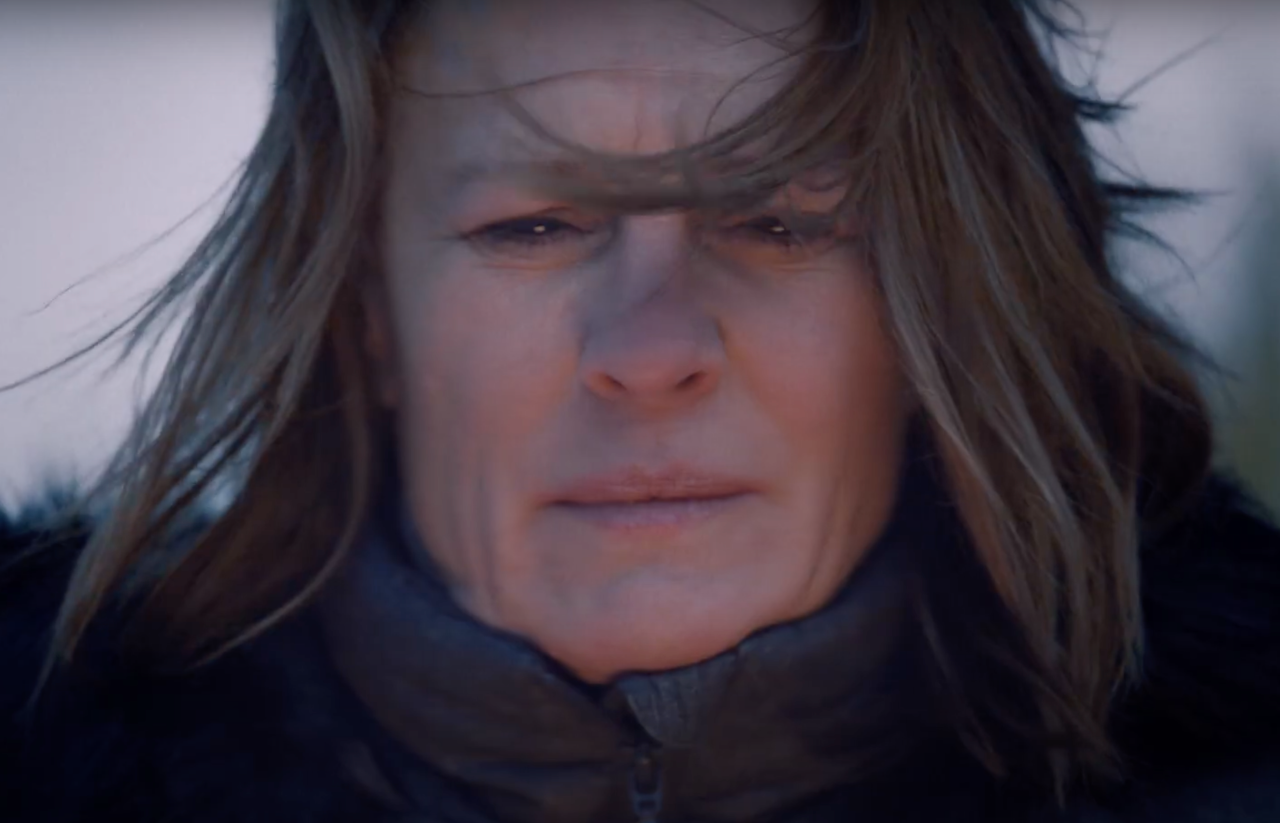 Interestingly, modern cyberbullying was a major reason that pushed Wright towards helming the project. The constant judgment and hatred spewed on social media made her realize that empathy, kindness, and human contact can help dispel the pall of gloom. True to her thoughts, Wright created a film that celebrates the potential of human bonding and nature, which can help a person heal the wounds of traumatic memories. Writers Jesse Chatham and Erin Dignam withhold extensive details of Edee’s past: the reasons for her unfathomable grief are vaguely dealt with through flashbacks. 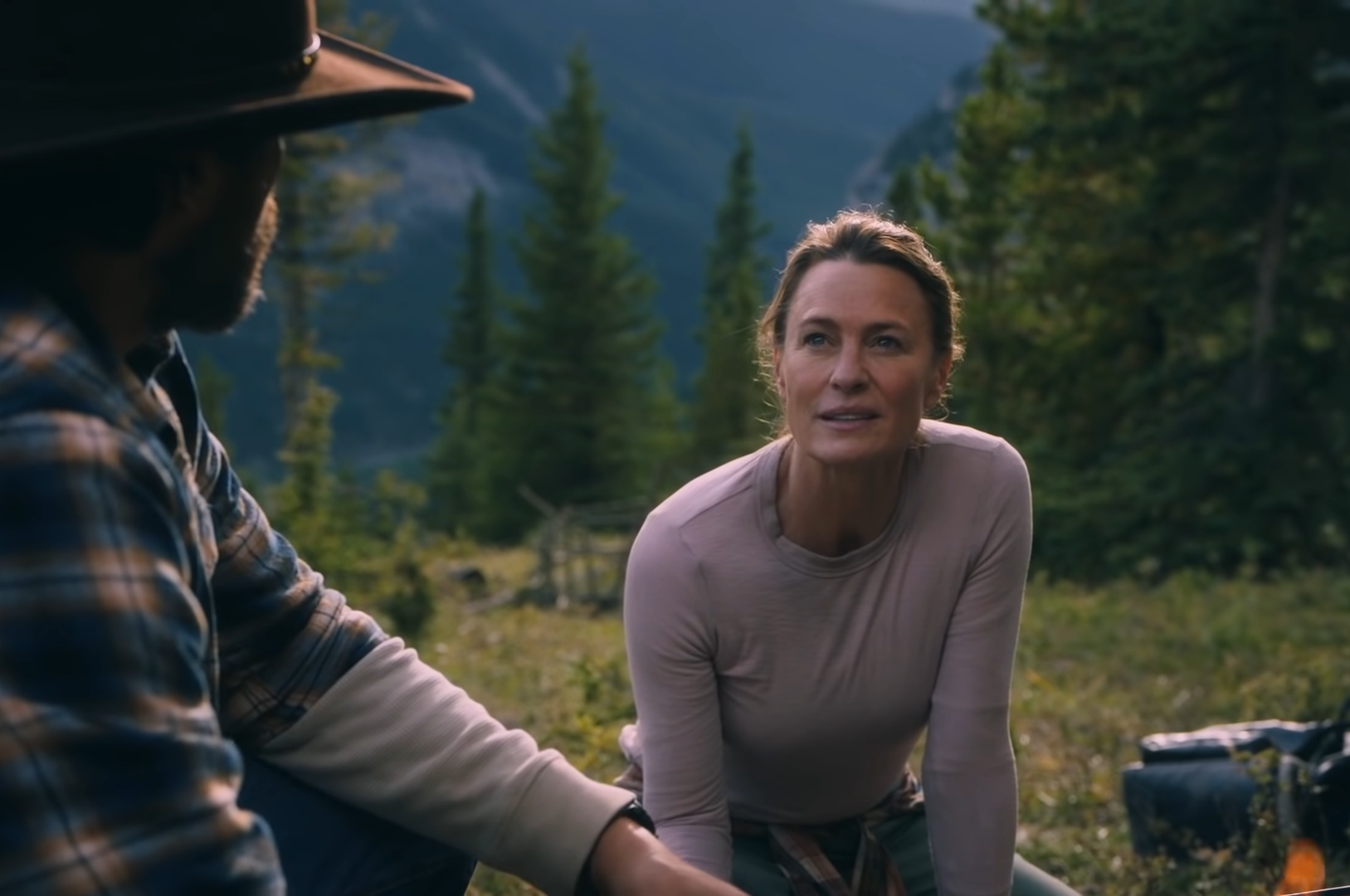 It almost feels that Edee visits the expanse of nature on a suicidal quest. Nevertheless, Wright portrays Edee’s agency as she depicts a woman’s journey through suffering and pain. More than Edee’s life story, ‘Land’ talks about the fundamental yearning for a simple life in the modern world’s violent commotions. Miguel’s character is like a guardian angel who helps Edee survive the harsh wilderness. The dynamic between Miguel and Edee is told through a platonic disposition.

The two need each other, but the film’s visual economy moves away from showing a melodramatic undertone. This aspect was a huge part of the film that helped Wright establish the journey of Edee, who chooses to deal with her grief in her own way. The narrative of ‘Land’ can be compared to films like ‘Nomadland’ and ‘Into the Wild,’ but Wright’s treatment moves it from the art-house gravitas of the aforementioned films. Even though ‘Land’ is not a true story, it definitely touches on some emotional chords that make us believe in its narrative.

Read More: Where Was Land Filmed?