Is Lifetime’s Christmas on Mistletoe Lake Based on a True Story? 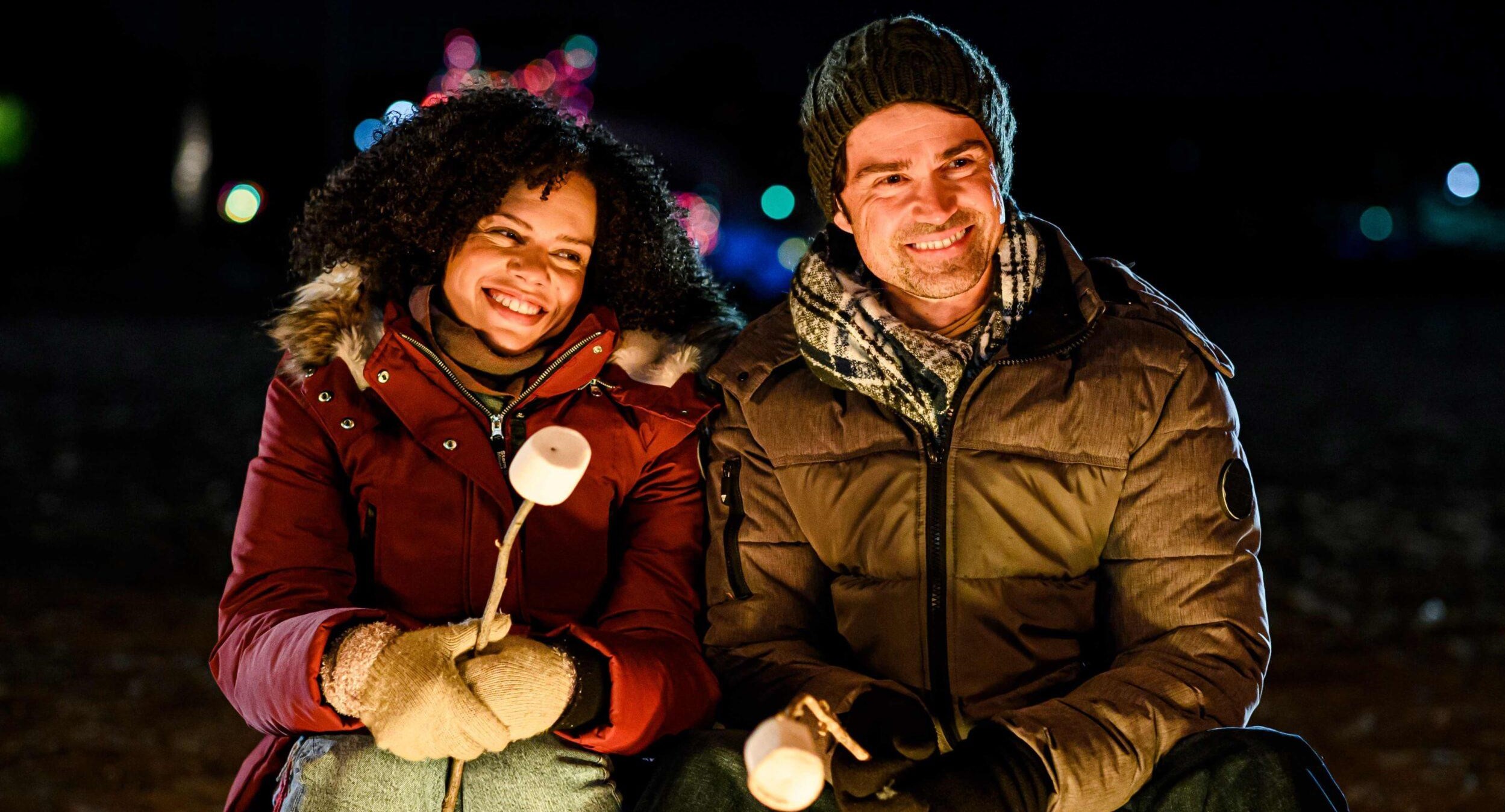 Written and helmed by Robin Dunne, Lifetime’s ‘Christmas on Mistletoe Lake,’ a part of Lifetime’s ‘It’s a Wonderful Lifetime’ lineup, is a romantic comedy film that follows Reilly Shore, an interior designer who likes to indulge in adventurous trips to random places every Christmas. The random town that she lands on for this year’s winter holiday season is Mistletoe Lake. However, to her dismay, the town’s one and only bed and breakfast doesn’t have any vacancies due to the annual Christmas Harbor Festival.

With her adventure off to a disappointing start, Reilly meets with a 12-year-old girl named Emma and her widower dad, Raymond, and accepts their invitation to stay on his boat. She helps Raymond renovate the boat for the upcoming festival and inevitably, sparks fly between them. The romantic narrative is complemented by the heartfelt performances from a talented ensemble cast, including Genelle Williams, Corey Sevier, Brandon Ludwig, Hattie Kragten, and Jane Moffat. Given the seemingly realistic depiction of Reilly and Raymond’s blooming romance, some of you might be wondering if the narrative is rooted in reality or not.  Well, let’s find out together, shall we?

Is Christmas on Mistletoe Lake a True Story?

No, ‘Christmas on Mistletoe Lake’ is not based on a true story. However, the narrative can be credited to the creative mind and exquisite writing of Robin Dunne, who not only sat on the director’s chair but also wrote the script for the movie. He was able to make good use of his years of experience working as an actor and writer in the film industry to come up with a seemingly realistic and heartwarming screenplay for the Christmas film.

The Lifetime movie is filled with several familiar and seemingly true-to-life elements and subjects, including the Christmas Festival and the blooming romance between strangers. Thus, it is no wonder why some of you might wonder if the movie is based on true events. Moreover, these themes have been touched upon in various other movies and TV shows over the years. One of the most suitable examples has to be Hallmark’s ‘The Christmas Ornament.’ Apart from sharing a similar backdrop of winter holidays and snow, both the movies’ characters and themes also have a few similarities.

First and foremost, the presence of a widow/widower, in the form of Raymond in ‘Christmas on Mistletoe Lake’ and Kathy in ‘The Christmas Ornament,’ is common in both movies. The chance meeting between Kathy and Tim in the Hallmark film during Christmastime is likely to remind you of that of Raymond and Reilly in the Lifetime movie. Although ‘The Christmas Ornament’ inclines towards being a more serious and dramatic narrative, it doesn’t change the fact that the budding romance between Kathy and Tim against the backdrop of snow is very similar to Raymond and Reilly.

Similarly, in real life, there are widows or widowers who give love another try after they meet someone special again, be it in a social setting such as Christmas festivals or under any other circumstances. So, despite having such a seemingly true-to-life narrative, the Lifetime movie is simply a work of fiction.

Read More: Where Was Christmas on Mistletoe Filmed?