Is Lifetime’s The Gabby Petito Story Based on a True Story? 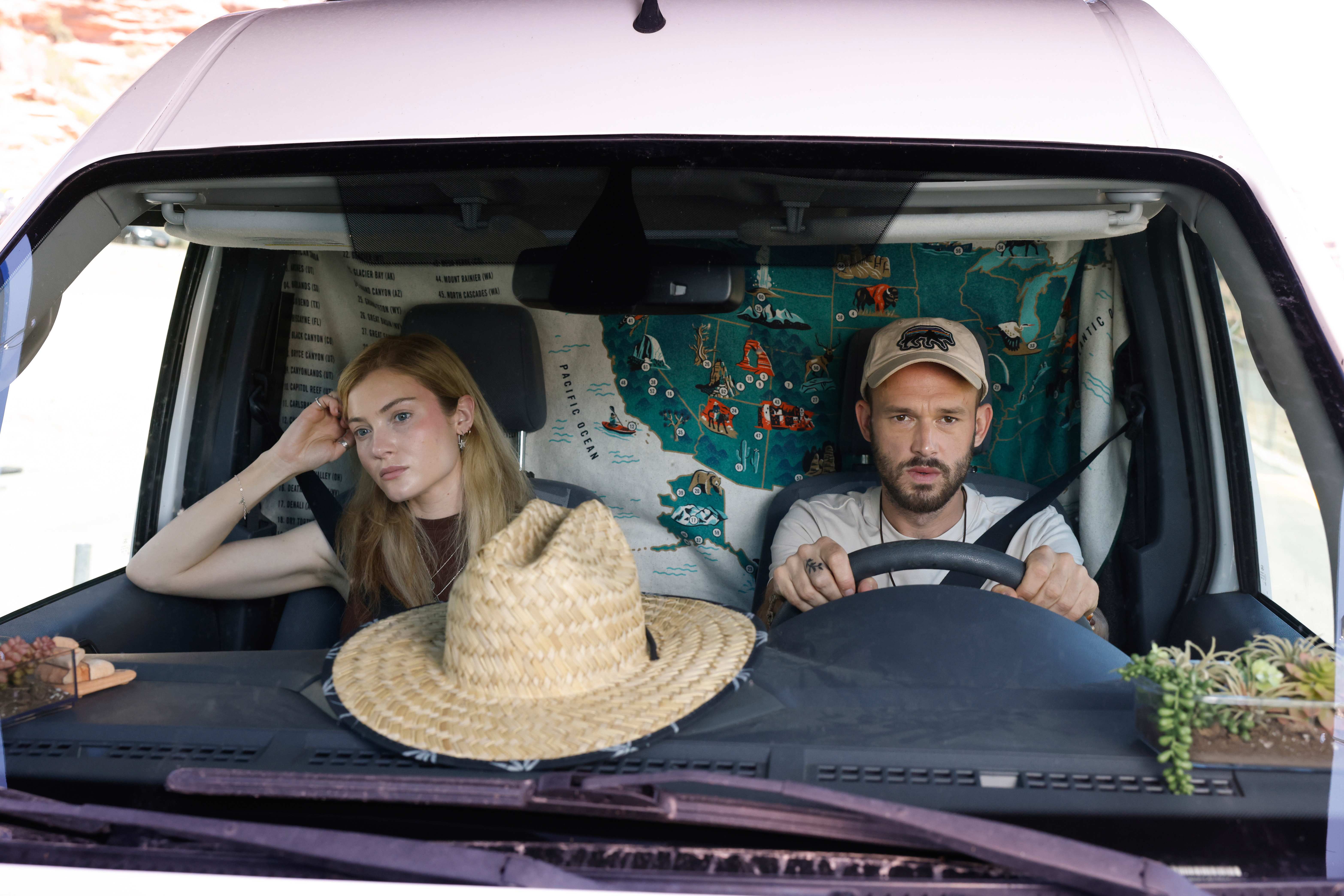 Directed by Thora Birch, Lifetime’s crime drama film ‘The Gabby Petito Story’ revolves around Gabby Petito, who sets out for a cross-country trip in a van with her fiancé Brian Laundrie. What starts as a joyous journey of two people in love becomes a nightmarish experience for Gabby, who starts to find Laundrie’s behavior problematic. Starring ‘The Gifted’ fame Skyler Samuels as Gabby and Evan Hall as Laundrie, the 2022 film progresses through the conflicts that arise between the couple, which rewrites Gabby and Laundrie’s fates. The realistic exploration of Gabby’s life, which reminds us of several true-crime films and TV shows, must have made the viewers eager to know about the origin of the film. Well, here’s everything you need to know about the same!

Is The Gabby Petito Story a True Story?

Yes, ‘The Gabby Petito Story’ is based on a true story. The film follows the disappearance and murder of Gabby Petito, who was reported missing on September 2021. Gabby was born and raised in Blue Point, New York. As per reports, Gabby started dating Brian Laundrie in March 2019 and the couple got engaged in 2020. After completing a cross-country journey between New York and California in 2020, the couple began another trip in July 2021. On August 12, 2021, a 9-1-1 call reported a confrontation between Laundrie and Gabby. They were separated for the night by police officials.

On August 25, 2021, Gabby uploaded her final post on her Instagram account, and on the same day, her and Laundrie’s van was spotted in Grand Teton National Park, Wyoming. Around a week later, Laundrie returned home alone, without his fiancée. Gabby’s mother reported her missing around ten days later and Laundrie, who reportedly refused to cooperate with the investigation, became a person of interest in Gabby’s disappearance. A week later Gabby was reported missing, search for Laundrie, who also went missing, started in Carlton Reserve. On September 19, 2021, human remains were discovered near Grand Teton National Park.

The remains were eventually confirmed to be Gabby’s and the autopsy revealed that the cause of death was homicide by “blunt-force injuries to the head and neck, with manual strangulation,” as per the FBI’s report. An arrest warrant was issued for Laundrie. On October 20, 2021, human remains were found in Carlton Reserve and the FBI confirmed the next day that the same belong to Laundrie. According to Laundrie’s family‘s attorney Steven Bertolino, he killed himself by inflicting a gunshot wound to his head. On January 21, 2022, the truth about Gabby’s murder was finally unraveled. The FBI’s report stated that Laundrie claimed responsibility for Gabby’s death in written statements found in a notebook belonging to him.

Thora Birch’s film attempts to trace the trajectory of Gabby’s murder, exploring what really led to the crime rather than just depicting the same. “It’s important to note that this story is not about what happened. It’s about how it happened. This story really aims to look at Gabby and Brian’s relationship to the point that they got to. Like, ‘How did they end up alone in the woods that tragic evening? How did all of that happen?’” Skyler Samuels explained to ET Online. “Because that’s the part that wasn’t talked about in all this media coverage of their disappearances and their deaths, and that’s really what we’re focused on,” the actress added.

For Thora Birch, her film is a “cautionary tale” for people who have been confronting similar experiences as Gabby’s, which led to her death. The director also hopes that the film can be a “wake-up call” to such people. As far as Birch is concerned, “there are many, many, many Gabby Petitos out there,” as per the same ET Online interview, which makes her film relevant according to her. However, Gabby’s family had made it clear that they have nothing to do with the Lifetime movie.

“We thought our followers should know that the Lifetime movie on Gabby Petito has no connection to the Petito family nor did they give their approval. Lifetime took it upon themselves to make the movie,” Gabby’s family shared in a statement released through The AWARE Foundation. The statement was released in the wake of public outrage against the film as several social media users have accused Lifetime of “profiting off” Gabby’s murder.