Is Long Slow Exhale Based on a True Story?

‘Long Slow Exhale‘ is a sports drama series that follows J.C. Abernathy, Head Coach of the women’s college basketball team Clayton Hall Cougars. Her team has just won the NCAA Women’s Basketball Championship and is hoping to recreate the feat next year. However, all the dreams are dashed as J.C. finds herself in midst of a sexual abuse scandal. Horrified at the implications and worried for her career, she decides to find the truth behind the mess. But as J.C. delves deeper, she is faced with heartbreaking confessions and difficult decisions.

The head coach has to make sure that her choices do not harm those close to her, including the players she is responsible for. ‘Long Slow Exhale’ deals with some eerily familiar themes prevalent in the industry. The show’s bold choice of narrative, as well as exemplary handling of the conveyed issues, have garnered a sweet spot in many hearts. As far as the reality behind the incidents depicted within the show is concerned, here is all that we know about the same!

No, ‘Long Slow Exhale’ is not based on a true story. The Pam Veasey creation is a reflection of her observations of the education and sports industries. Pam was once married to Pomona College’s Assistant Football Coach, Marvin Williams. Their sons Mason and Avery are both athletes, with Avery being drafted in the 5th round of the 2021 NFL Draft by the Atlanta Falcons. She is also an Adjunct Professor at the University of Southern California’s School of Cinematic Arts Writing Division. Having been a sports enthusiast since she was a child, Pam always wanted to work on a show that centers around organized sports and the drama they are packed with. 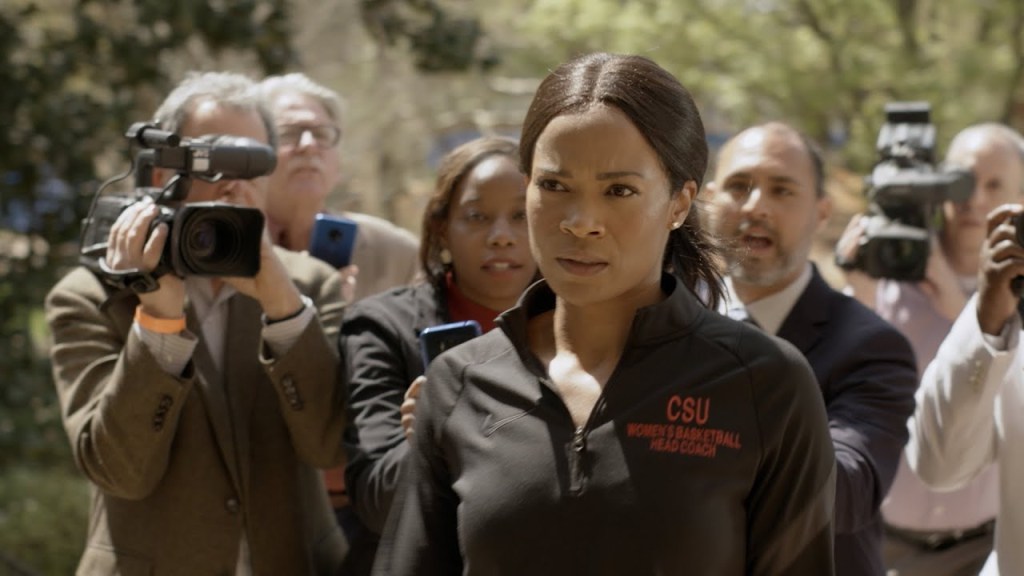 The rising number of scandals within the collegiate sports circles inspired Pam to come up with ‘Long Slow Exhale,’ given her close ties to the fields of education and professional sports. While researching for the show, Pam realized that most stories that tackle similar themes usually have a male character at the center of the tale. She wanted to convey how a woman would react when faced with similar circumstances. Hence, the character of J.C. Abernathy was born, and the amazing Rose Rollins was roped in to portray the Head Coach.

‘The L Word’ fame Rose Rollins herself was more than happy to embody the character that Pam had envisioned. J.C. is a strong character in a position of authority. However, her journey through the women’s basketball drama series as she comes to terms with her flaws and realizes that her responsibilities as a Coach extend beyond the arena is what Pam wants the audience to understand. J.C.’s self-realization that despite victories in the playground, she failed her students through her negligence is meant to be the main takeaway from the show.

Through ‘Long Slow Exhale,’ Pam aimed to show the audience the things that transpire behind the scenes of such scandals. She wanted to depict the politics that happens at the administrative levels, the mad scramble of the institutions as they try to save their own image by trying to find a single party and avoid any allegations against them, and the harm that befalls the victims/survivors. The series also deals with other issues, like drug abuse, emotional vulnerability, abandonment issues, and the pressure borne out of expectations, that are common amongst athletes as well as general students in college.

The show’s goal is to convey that the welfare of students, especially those from whom people expect more, should be the primary concern of institutions rather than awards or public image. While it is often perceived that the role of students is nothing more than to work hard and get rewarded, it is to be understood that their issues are not irrelevant just because of their young age. With the fictional premise of ‘Long Slow Exhale,’ Pam touches upon a very real matter— giving the students a chance to share their woes and have someone understand them might go a long way instead of the constant barrage of demands and expectations.