Is Lorraine Bracco Married? Does She Have Children? 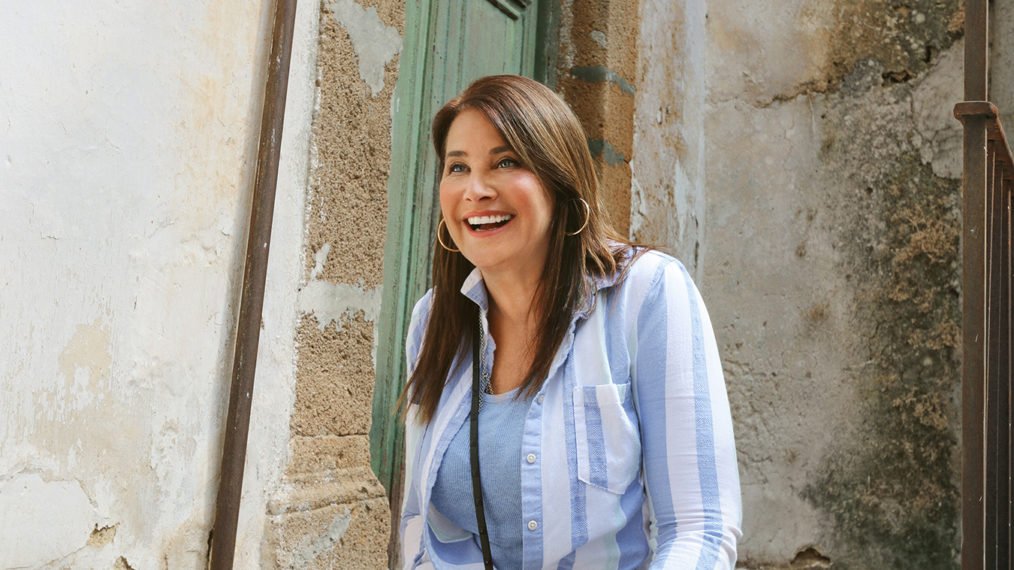 Lorraine Bracco is an American actress, model, and author, most famous for her flawless performances in the 1990 movie ‘Goodfellas’ and hit crime drama series ‘The Sopranos.’ Renowned for her husky-voice, she has earned an Academy Award nomination for her unforgettable role as Karen Hill. The ‘Someone to Watch Over Me’ fame actor recently returned to television for a new HGTV series, ‘My Big Italian Adventure,’ wherein she has to transform a 200-year-old house into a fancy Italian villa.

Her tumultuous life often shocks her fans, who can see the depth of feeling she infuses in all her characters, which earnestly reflects her personal sufferings. Married and divorced twice, the mother of two daughters has put every ounce of effort to make it big in Hollywood and then sustain in it! Here’s everything we found out about the talented actor’s personal life.

Lorraine Bracco was born on October 2, 1954, to Eileen (née Molyneux) and Salvatore Bracco. Her parents met during the Second World War, so her mother came to the US as a war bride. The Brooklyn-born spent her formative years on Long Island and graduated from Hicksville High School in 1972. At the age of 20, she boldly made the big move to France to pursue a modeling career. Her aspirations rose high after becoming a fashion model to Jean-Paul Gaultier. 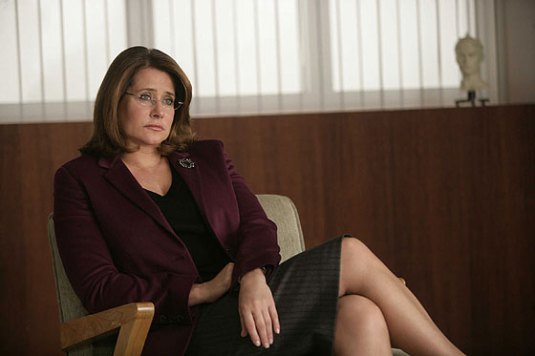 However, to earn more money, the young artist took on supporting roles in a couple of French movies. She has poured her heart out about the sharp highs and steep lows in her book, ‘On the Couch.’ It describes her fairytale life at the age of 18 after she became a fashion model in Paris. Her then-longtime boyfriend, Harvey Keitel, helped Bracco bag a role opposite Tom Berenger in the movie ‘Someone to Watch Over Me.’

There was no looking back for the talented actress as her years of training finally came to fruition. In 1990, she became a bona fide movie star with the critically acclaimed and award-winning movie ‘Goodfellas.’ But a bitter and lengthy custody battle heaped on grave complications in her personal life, took a toll on her professional life as well as mental health.

Towards the turn of the century, she was forced to file for bankruptcy after exhausting all her resources as legal fees. Bracco bravely revived her acting career with her impeccable performance as a psychiatrist, Dr. Jennifer Melfi, in ‘The Sopranos,’ which earned her numerous nominations at the Emmys Awards and Golden Globe Awards.

Lorraine had just begun to taste success when she got pulled towards a handsome hair salon owner, Daniel Guerard. Shortly after indulging in a romantic relationship, she got pregnant with her first daughter, Margaux Guerard. The couple thought they were ready to settle down but failed to realize that they were both too young to make such a significant decision in their lives. She walked down the aisle for the Frenchman in 1979, and it took her only three years to understand the gravity of the mistake. 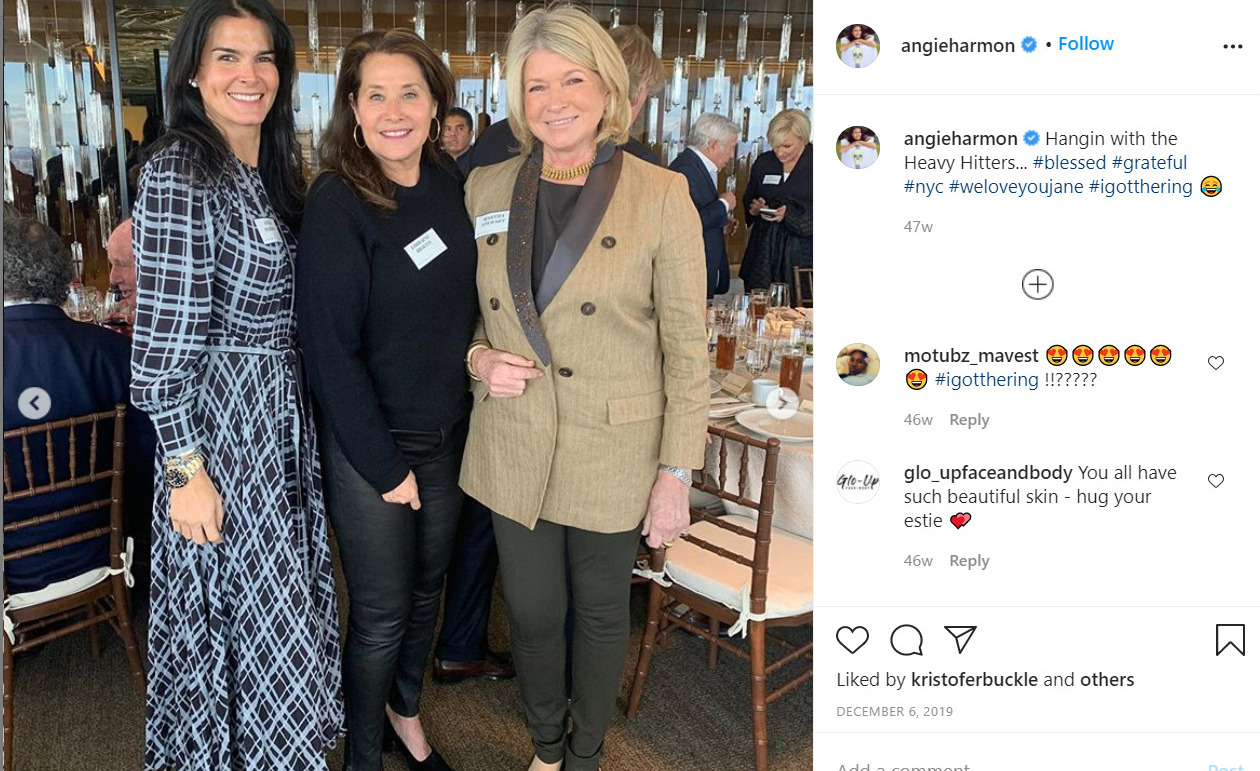 After her divorce in 1982, it took her several years to heal herself and completely get past the trauma of a failed marriage. Her life seemed to give her a second chance when she met the famous actor Harvey Keitel. The single mother instantly fell for his intense demeanor, and the two started living together after only months of knowing each other. Unfortunately, as her career graph rose higher, Harvey’s physical presence began to dissipate.

Starting as mood swings, the numerous other drug addiction symptoms became one of the many reasons for them to eventually part ways. Though the couple had never tied the knot, they shared a daughter between when. Bracco’s second baby-girl, Stella Keitel, was born in 1985. Lorraine was at the top of her game when the relationship hit bottom. Self-admittedly, to put an end to the turmoil in her personal life, she kick-started an affair with her ‘A Talent for the Game’ co-star, Edward James Olmos.

Her fully-intended confession to Keitel worked as the final stroke, after which she turned her entire focus towards bringing up her children. Amidst an ugly custody battle that went on for most of the 1990s, Lorraine continued to strive to keep her career going. The lengthy case cost her some excellent roles, over $2 million in legal fees, and sadly, engulfed her in an all-consuming depression. Olmos became her companion and compassionately held her hand through the thick and thin.

But their comfortable equation got complicated after a teenage daughter of one of Bracco’s friends allegedly put child molestation charges on him. The helpless partner put all her trust in Olmos as he firmly denied the accusations that were being made. In 1994, Bracco and her then-beau exchanged the sacred wedding vows. The roller coaster ride ended with her successfully retaining Stella’s custody but the failure of her second marriage by 2002.

Years later, love knocked on her door once again while she was working on an exciting new venture, her Italian wine label, Bracco Wines. The entrepreneur dauntingly began to date a much younger man, Jason Cipolla. Surprisingly, the 32-year-old managed to provide her with the stability and peace that she had craved all her life. She now lives an emotionally and financially secure life with her daughters and boyfriend. All’s well that ends well!