Is Love & Basketball Based on a True Story?

Helmed by Gina Prince-Bythewood, ‘Love & Basketball’ is a romantic sports drama film that beautifully explores how it might be challenging to be in love with basketball and a person at the same time. It depicts the tale of Quincy McCall (Omar Epps) and Monica Wright (Sanaa Lathan), two neighbors in the City of Angeles who first fell in love while trying to pursue their individual basketball careers.

Upon its release, the 2000 film garnered praise for its exceptional neatness and magnetism. It does an excellent job of reaching the biggest audience with a heartwarming tale of two well-to-do children, a boy, and a girl, who grow up adoring one another as well as the game. Thus, with such credible performances and a delicate, intelligent, and balanced representation of the theme, many fans must be wondering if the story of ‘Love & Basketball’ is rooted in reality. Well, in that case, we have got your back!

Is Love & Basketball a True Story?

No, ‘Love & Basketball’ is not a true story. It is a semi-autobiographical account of writer-director Gina Prince-Bythewood’s experiences from her early life. She is a former UCLA track runner who grew up playing basketball in high school. “Love & Basketball was, at least half of it, based on my life and my relationship with my parents,” she told Monterey Herald. “I was able to infuse what I experienced into that (movie). My upbringing really informed everything, how I shot it, how I wrote it, how I directed it.”

For a long time, Prince-Bythewood yearned to work on the subject of a female baller. After working as a TV writer for five years, she quit her job. Feeling compelled to tell the tale, she began working on the script of a romantic drama that centers upon the friendship, competition, and blossoming romance between two young residents of Baldwin Hills. The filmmaker, however, had a drastically different experience when she presented the script to other studios and production companies.

Recalling her experience in an interview with ESPN, Prince-Bythewood said, “Every day, my agent would say, ‘Another one turned it down. Studios gave feedback that the film was ‘too soft,’ that we needed [scenes] where a character is chasing her husband with a knife.” Eventually, her script finally made it to the highest authorities of the Sundance Institute, who invited her to the director’s lab. Sam Kitt, the head of Spike Lee’s production business at the time, 40 Acres and a Mule Filmworks, was completely blown away by her work, which ultimately ended up in the hands of New Line Cinema. 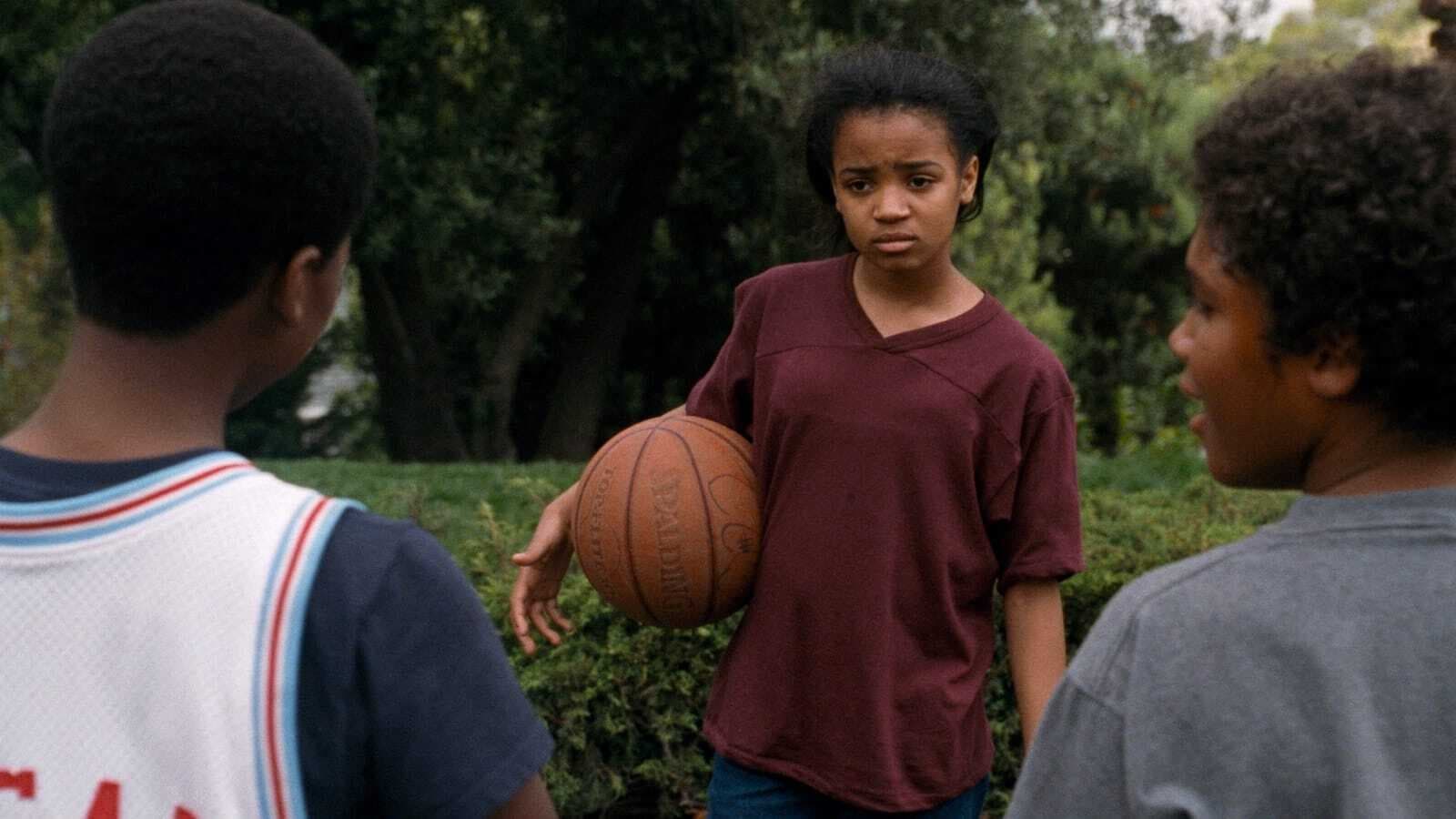 With the help of New Line Cinema, Prince-Bythewood was finally allowed to examine the lives of her characters, Monica Wright and Quincy McCall, in the way that she chose. The director was also particular about not casting “lousy” people in sports movies. Talking about her casting preferences, Gina Prince-Bythewood said, “If I was going to make a basketball movie, I’d do it right. We laugh about it today, but Sanaa had just done this shoot for Vibe [in 1998] and it was a bikini shoot. In my head, I was like, ‘This is so not Monica.’ Sanaa was pretty good, but she’d never picked up a basketball in her life.”

She continued, “Sanaa was training every day for three months with no promise of a part, and same with Niesha and the acting coach.” Gina Prince-Bythewood added, “Finally, my husband, Reggie, said, ‘Are you making a love story or a basketball movie?’ I realized it’s a love story set in the world of basketball. You could fake a jump shot, but you can’t fake a close-up. I had to go with the actor.” Talking about the shooting of the game scenes, she said, “All of the basketball [in the film] was just them playing. We only choreographed a couple of things for Sanaa. The rest was just getting to run and shoot.” 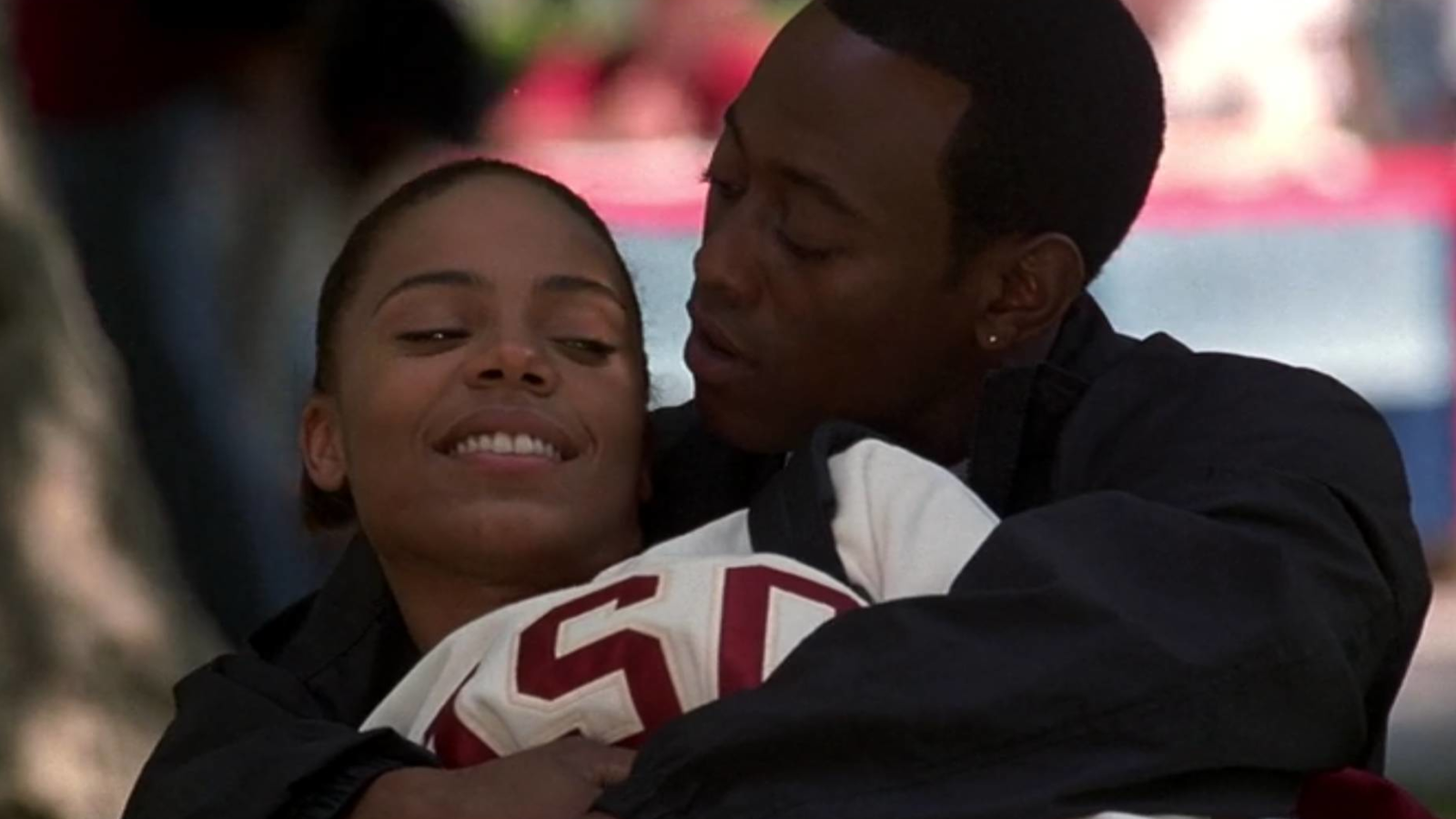 Thus, it can be seen that a lot of effort goes into making such an impactful film, which reflects in the amount of love and appreciation the movie received. The fact that it has developed some dedicated followers over the years and has become a cult classic also reiterates this point. Therefore, though the writer imbued some elements from her personal life in the narrative, at large, ‘Love & Basketball’ is not a true story.