Is Mandy Moore Married? Does She Have Children? 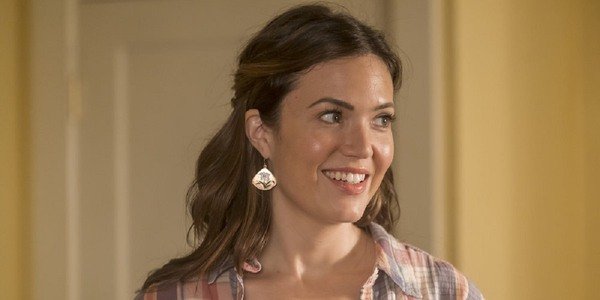 American actor and singer Mandy Moore is one of the lucky people who received recognition at quite a young age. After she rose to fame in 1999 with her debut single “Candy,” Moore won millions of hearts with her flawless acting skills exhibited in ‘The Princess Diaries.’ In 2002, her burgeoning career as an actress and voice artist took off as she was honored with the Best Breakthrough Female Performance Award. The character of Jamie Sullivan in the commercial hit ‘A Walk to Remember’ not only brought home accolades for the leading lady but also made her a household name.

Moore has been in the film industry for almost two decades now. Her name has been associated with several prestigious projects like ‘Chasing Liberty,’ ‘Racing Stripes,’ ‘The Darkest Minds,’ and ‘Midway.’ While she gave back to back hits, her personal life was silently turning into a wreck. Now, her fans rejoice on knowing that she has finally found love and will soon be experiencing the joy of becoming a mother for the first time. We got curious to know all about her journey until this point, and here is everything we found out!

Amanda Leigh Moore AKA “Mandy” was born on April 10, 1984, in New Hampshire. But after only two months, her father, Donald Moore’s job as a pilot for American Airlines, took her to Longwood, Florida. Her mother, Stacy (née Friedman), once worked for the Orlando Sentinel as a news reporter. Moore is her parents’ middle child and has an older brother, Scott, and a younger brother, Kyle. 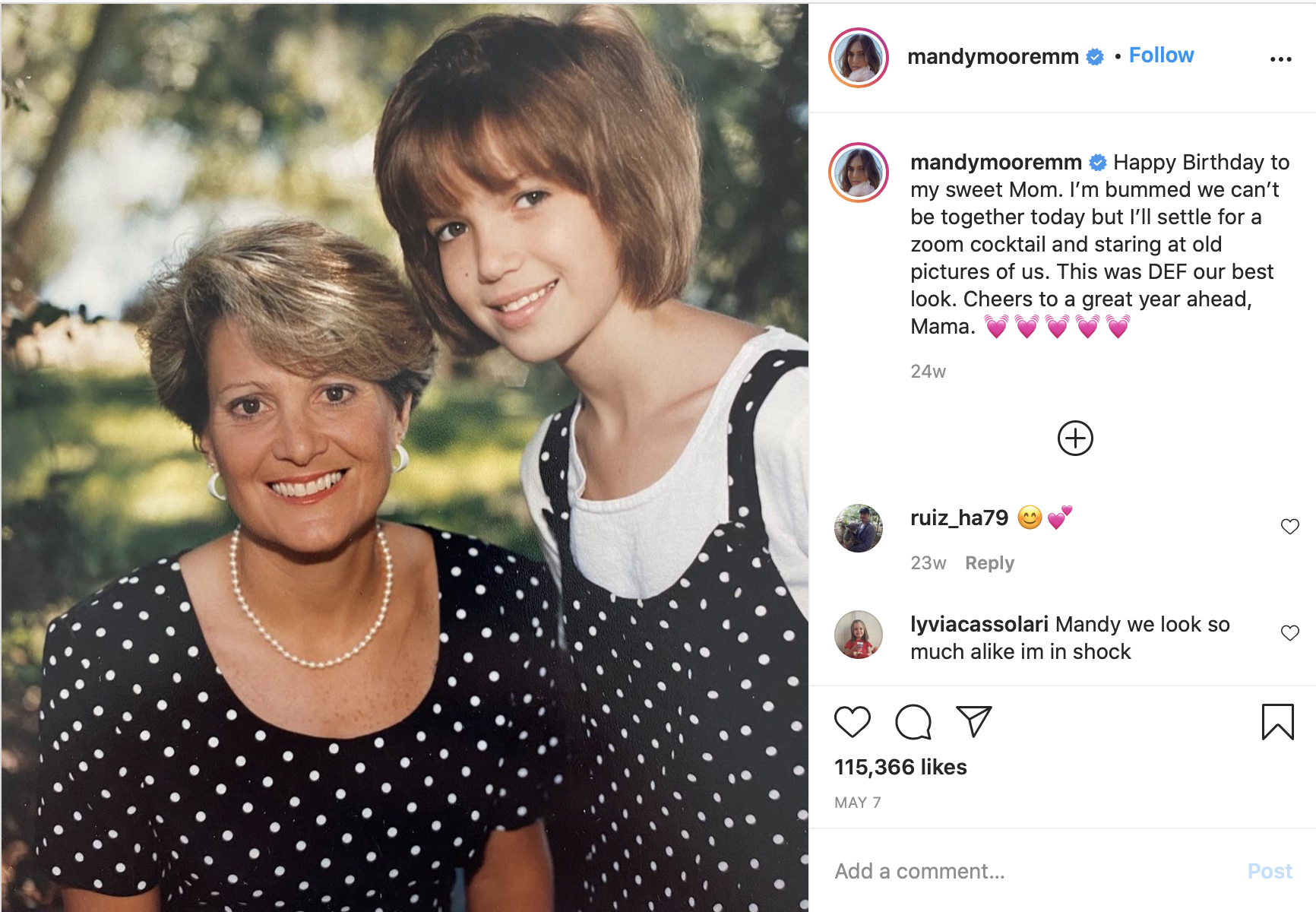 Having a professional ballerina as her maternal grandmother inspired the 12-year-old to attend the Stagedoor Manor performing arts camp. The following year, she inclined towards music and began to work on polishing her skills independently. Interestingly, her entire family believed it to be just a phase, but the passionate singer successfully translated her acting lessons to performing the National Anthem at several events in Orlando, her hometown.

In addition to providing Mandy Moore a fertile base for her career to flourish, Orlando is also where she met her longtime boyfriend, David Stater. In 2004, the ‘American Dreamz’ fame believed that her next relationship would be the last one as she saw Zach Braff as “the one.” The ‘Scrubs’ star left no positive or negative impact on her life as the two amicably split after dating for a couple of years in 2006. The voice behind ‘Princess Rapunzel’ met her first husband, former Whiskeytown band member Ryan Adams, in 2008.

The two struck up an instant connection and started dating right away. The pair got engaged in February the following year and tied the knot in Savannah, Georgia, on March 10, 2009. The now-former partners maintained a pretty low-key marriage and only revealed bits and parts of their personal life when working on the same projects. In 2016, she landed the female lead role of Rebecca Pearson in NBC’s ‘This Is Us’ that fetched her a Golden Globe nomination.

Ironically, the year proved as a failure personally as her divorce got finalized in June. During their official separation in January 2015, the pair had claimed it as a mutual decision. But in 2019, the actress opened up about his alleged emotional, psychological, and sexual abuse in a New York Times report. She finally felt emboldened to voice her grievances by the strength she garnered from several other women making similar claims about the music producer.

Destiny led Mandy Moore to Taylor Goldsmith, exactly when she needed him the most. He is the frontman of a folk-rock band, Dawyes, and his popularity played a major part in their love story. The millennials first connected over Instagram in May 2015 when Moore shared a snapshot of his band’s album, and the singer replied with a note of acknowledgment. He stood by her like a rock through the most difficult phase and supported her dreams to the best of his abilities. 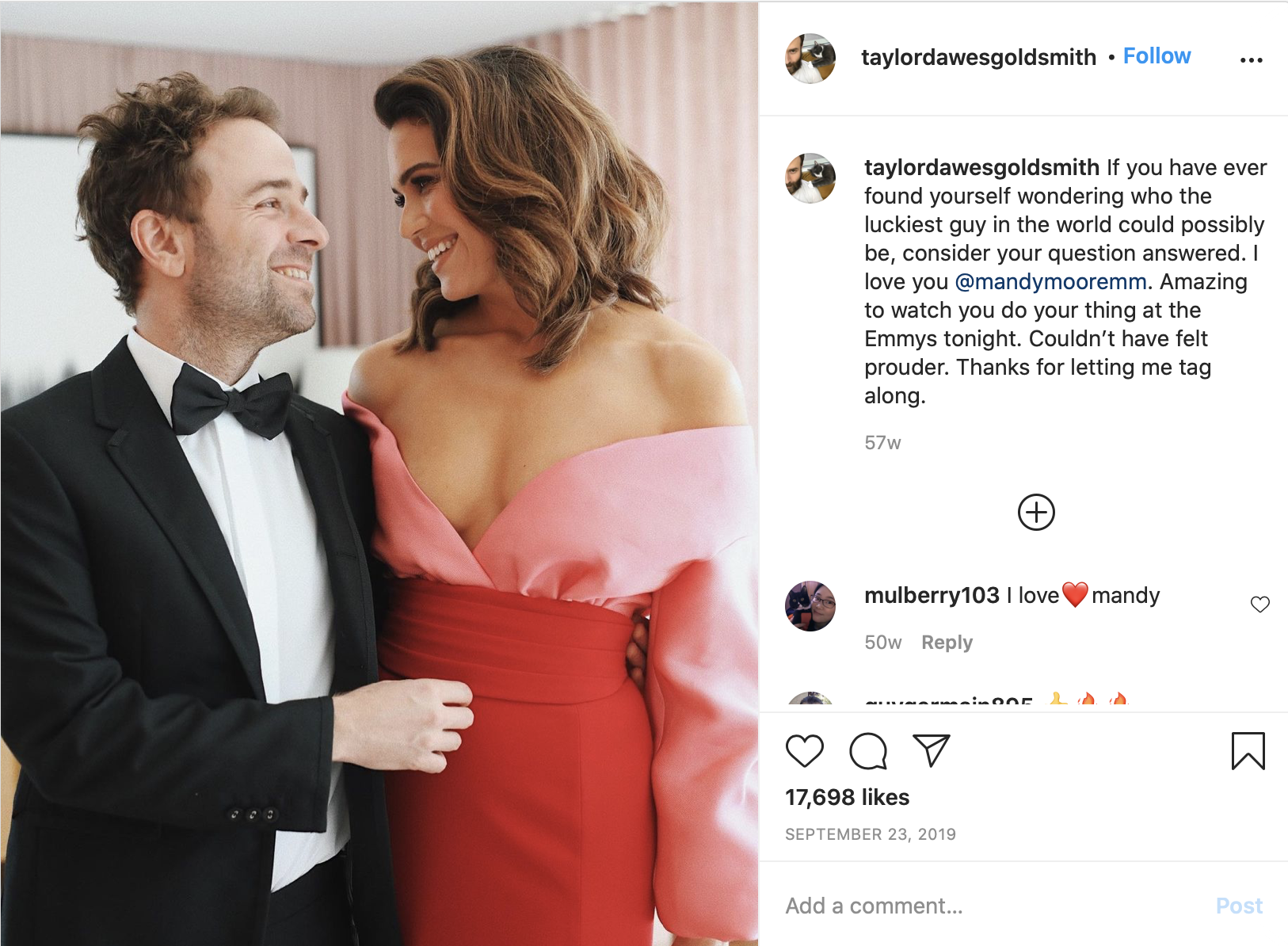 In 2017, Taylor even flew across the country to cheer for her at the Emmys. They got engaged in September of the same year and circulated the happy news via a text chain. Surpassing all the roadblocks like long-distance and professional commitments, the couple shared their wedding vows at the bride’s home in Los Angeles, California, on November 18, 2018. 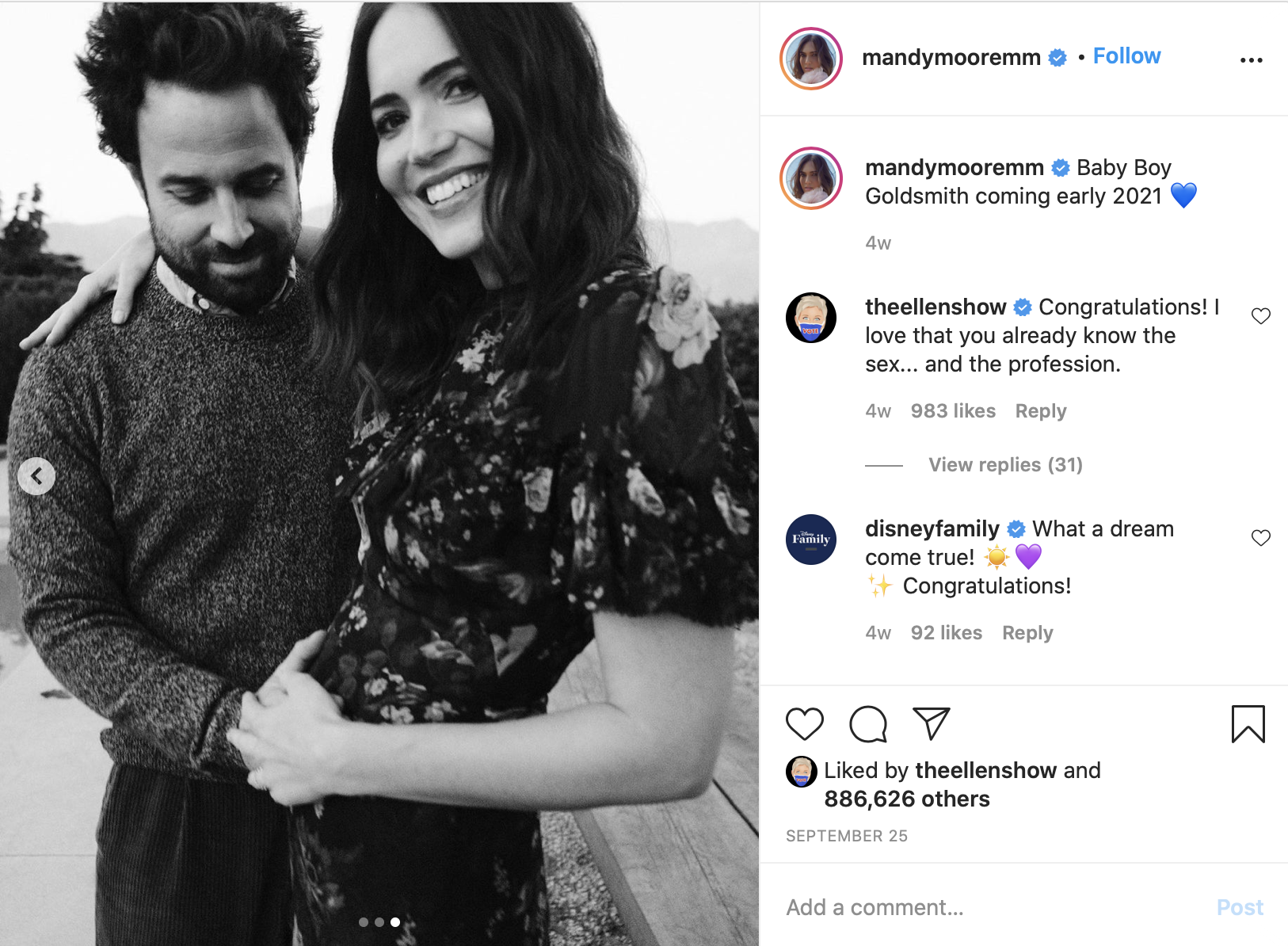 Looks like her role as a loving mother on ‘This Is Us’ is materializing in real-life as she and her husband recently shared with their fans that they are expecting a baby boy in early 2021. While already feeling maternal with a baby growing in her belly, she cannot wait to have him in her arms. The star is also anticipating that NBC would inculcate her pregnancy in the plot.