Is Mayans MC Based on a True Story? 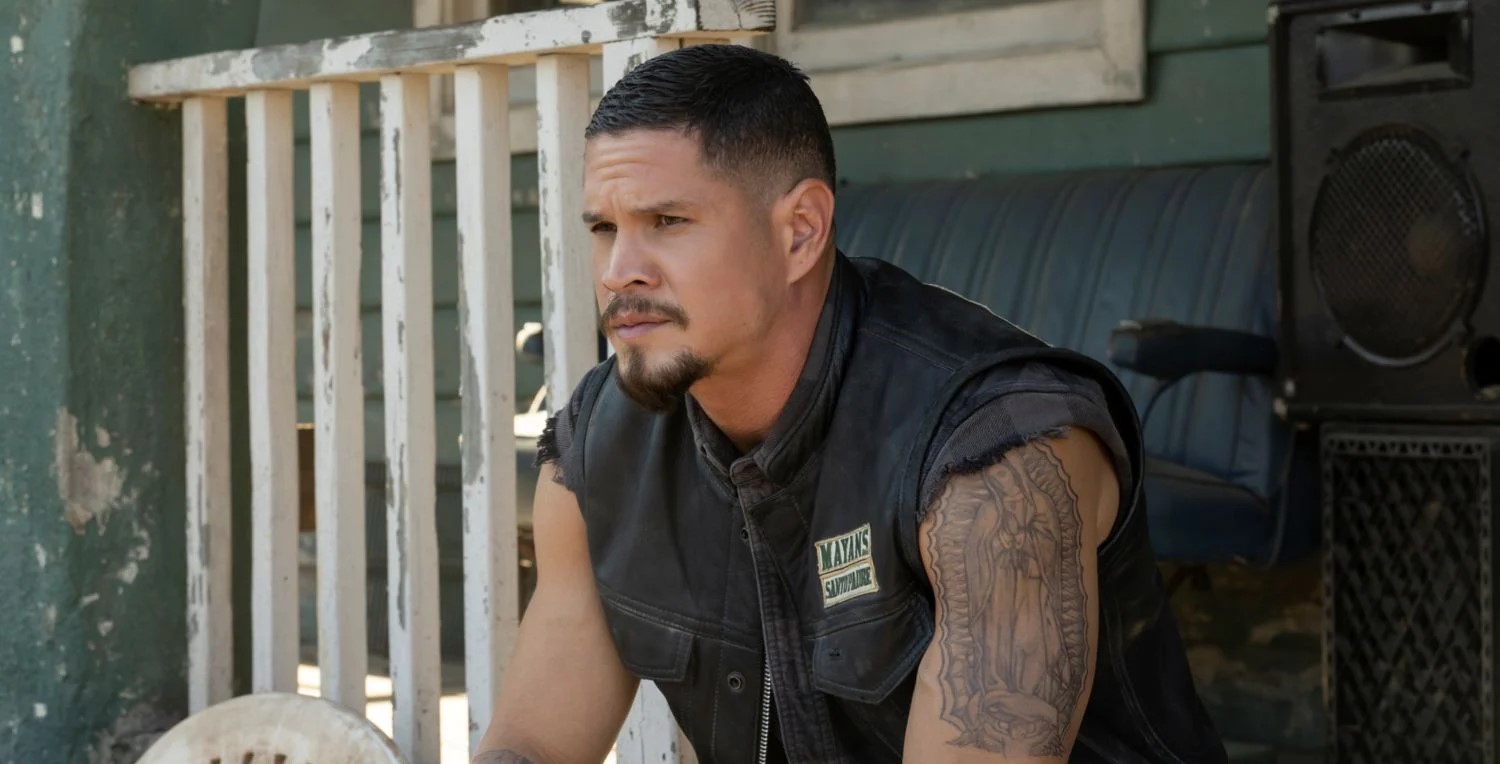 Created by Kurt Sutter and Elgin James, ‘Mayans MC’ is a crime drama series that serves as a sequel to ‘Sons of Anarchy.’ The show is set two and a half years after the end of its prequel. It follows Mayans Motorcycle Club, Santo Padre Charter, who used to be the rival of Sons of Anarchy Motorcycle Club, Redwood Original, or SAMCRO. However, due to mutual interests, the clubs soon become friendly. The Mayans welcome a new member, Ezekiel “EZ” Reyes (J. D. Pardo), who joins as a prospect after his time in prison. His sponsor is his brother, Angel Reyes (Clayton Cardenas), a full club member.

However, EZ has ulterior motives rooted in his mother’s death and shattered dreams thanks to cartel violence. Gifted with eidetic memory, EZ aims to bring down the whole system that led to his and his family’s ruin. Given the show’s thrilling storyline and EZ’s journey towards a pre-meditated goal, the audience can’t help but continue watching the FX drama. We are sure you are wondering about the reality and inspiration behind this show. Luckily for you, we have all that you need to know.

Is Mayans MC a True Story?

No, Mayans MC is not based on a true story. The show is set in a fictional world — the same universe as ‘Sons of Anarchy’ — in the fictional California border town of Santo Padre. The show is a creation of Kurt Sutter and Elgin James and serves as a follow-up to the hit series that revolves around the SAMCRO. Sutter is the sole creator of ‘Sons of Anarchy’ and wanted to create a separate identity for the sequel.

During the development of ‘Mayans MC,’ Sutter met with several writers for a fresh perspective and was quite impressed with his find. “I sat down with Elgin and it was so clear to me that I was no longer the smartest guy in the room. I didn’t know anything about him, but it’s a fascinating story,” Sutter shared with Deadline. “Elgin doesn’t speak Spanish, but he is this melting pot of about four or five different cultures, black, Colombian, and he grew up as an outlaw and understands that world.”

With ‘Mayans MC,’ the duo wanted to write a story inspired by the real-life events happening in Latin-American countries. They were especially concerned with how the cartels affect the younger generation. “These cartels have been in power for so long that they’ve become the establishment,” Sutter stated. “You have this generation of kids coming up rebelling against the man, but it’s no longer the government or the police; it’s the f–king cartels.”

The show’s storyline and themes reflect these prevalent incidents around the US-Mexico border, where the fictional town of Santo Padre is actually set. Given the significant time between the show’s development and release — two years between 2016 to 2018, the creators had a fine political line to walk. They had to authentically showcase the effect of change in the United State’s administration and the general atmosphere regarding immigrants from the southern border without being biased.

“We’re dealing with border patrol, we’re dealing with immigration, so it would be inauthentic to not at least acknowledge the tension that’s there. In the pilot, Angel tells EZ the f–king game is changing and we have to be in front of it,” Sutter confessed. “That is real, but in the same way on this side of the fence, since Trump’s been elected and all this stuff with the border is going on, there are these f–king militias, these vigilante groups on this side that have felt empowered to go hunting immigrants jumping the wall.”

As of 2019, Sutter is not involved creatively with the show. As per Sutter, his firing from the series happened after a “dark” joke that Sutter wrote for the second season of ‘Mayans MC’ namedropping “Walt” of Walt Disney. Given the recent merger of FX, the original Network of the biker series, and Disney, the joke obviously did not go over well. “I overestimated my value and underestimated the unf—ability of the mouse,” he told Deadline. “I feel the way they expedited and qualified the move, was unfair, but the truth is, it was not a good fit and I had to go.”

Despite not being a true story, the show certainly picks up elements from the real world and tries to portray it as authentically as possible. EZ’s shattered dreams are an amalgamation of the lost aspiration of the youth whose life was heavily impacted by the cartels. To reiterate, with the help of a fictional narrative, ‘Mayans MC’ presents a heartfelt storyline that brings in front the dark and hidden side of the happenings on the US-Mexico Border.