Is Metal Lords Based on a True Story? 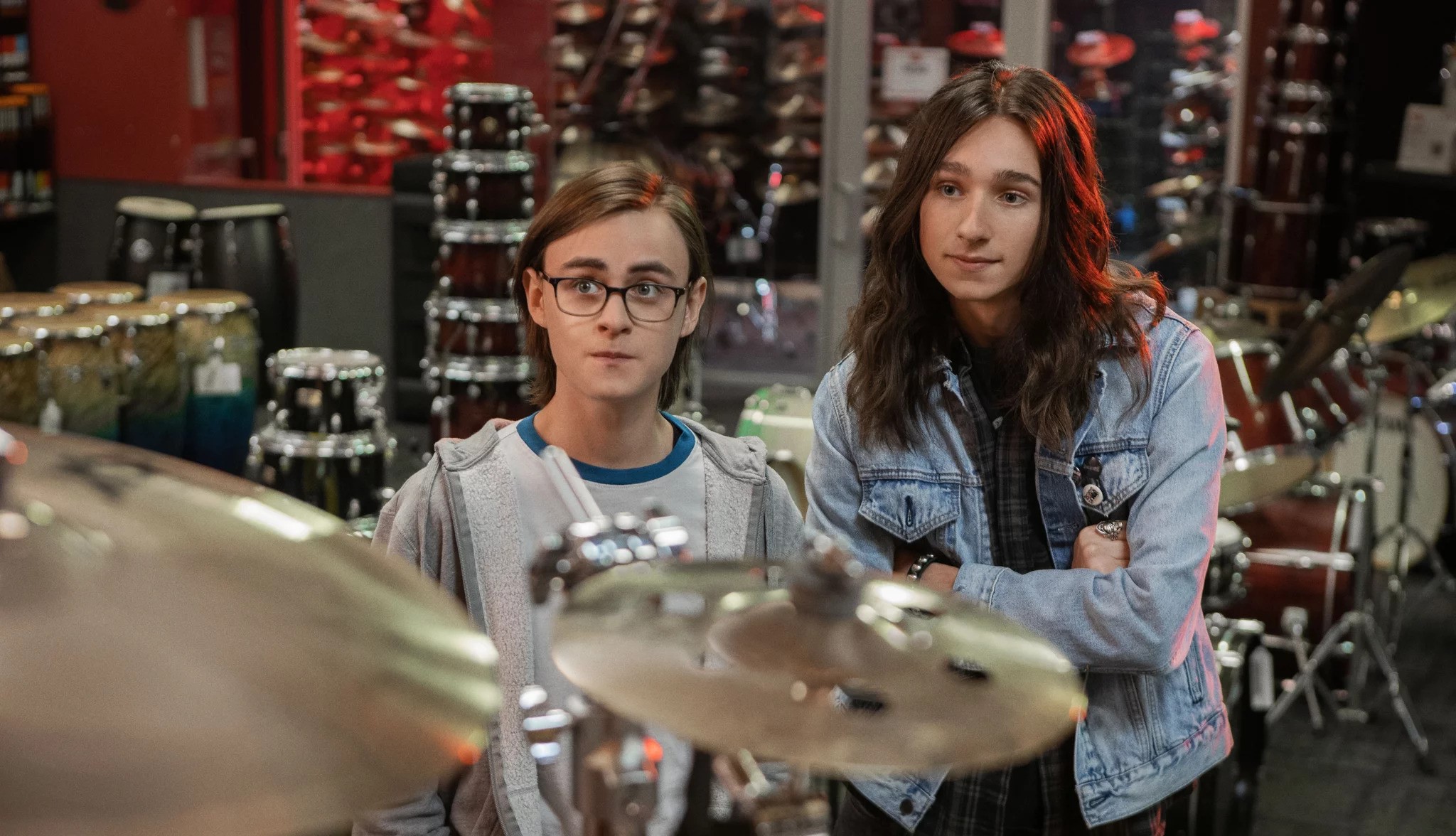 ‘Metal Lords’ is a comedy-drama film directed by Peter Sollett (‘Nick & Norah’s Infinite Playlist’). It revolves around two high-school friends – Kevin and Hunter – aiming to win the Battle of the Bands competition. But first, they need a bassist to form their heavy metal band. Failing to find the right match, they come across Emily, who is exceptionally good at cello. So, they decide to take part in the competition with the cello player instead. However, they find it difficult to work together due to their differences, which makes their chances of winning the Battle of the Bands quite slim.

The themes of a competitive music competition in high school, new friendships, and the differences between friends are the highlights of the narrative. Reality is not much further from these themes, as many high school students tend to go through such experiences in real life. Therefore, it makes one question if this musical movie is based on true events or not. Well, we are here to clear your doubts!

Is Metal Lords Based on a True Story?

No, ‘Metal Lords’ is not based on a true story. The narrative of the movie was conceived by the brilliant and creative screenwriter D.B. Weiss (co-creator of ‘Game of Thrones‘). Although Weiss usually writes scripts along with his writing partner David Benioff, this is one of the few screenplays that he wrote on his own. Benioff might not have been involved in the writing process, but he is one of the executive producers of the film.

In an interview on April 7, 2022, D.B. Weiss revealed that he conceived the idea for making ‘Metal Lords’ several years ago. His plans to move forward with the production of the movie kept getting postponed due to the success of ‘Game of Thrones,’ of which he was an integral part. He believed that the delay gave him time to better the narrative, keeping in mind the changes that the world went through from the time he started working on the movie to when it was actually filmed.

In the same interview, Weiss also explained his reasons to mix high-schoolers with metal music. He has always been fond of the musical genre and enjoys watching high school films. So, what he did was bring together two things that are not always seen in the same movie. Furthermore, he took inspiration from all the music and high school movies that he watched growing up.

In an April 2022 interview with ComicBook, D.B. Weiss expanded on how much the core components of the movie were affected since the project was originally developed around a decade ago. He revealed, “At its core, it’s got the same shape and the same heart to it, but definitely, in the intervening years, it had to change to catch up to the world that kids live in now, the world that we all live in now, which is different, drastically different from the world we were in even 10 years ago.” He continued, “I tried not to let that change it too much, but I also felt like you can’t ignore it, because otherwise, it’s not going to make any sense.”

To reiterate, even though ‘Metal Lords’ is not based on true events, screenwriter D.B. Weiss surely took care to include relatable elements of the teenage experience. This aspect is highlighted by the likable characters at the center of the storyline. Therefore, it is understandable why some of you might think that the film is drawn from someone’s first-hand experience.