Where is Metal Lords Filmed? 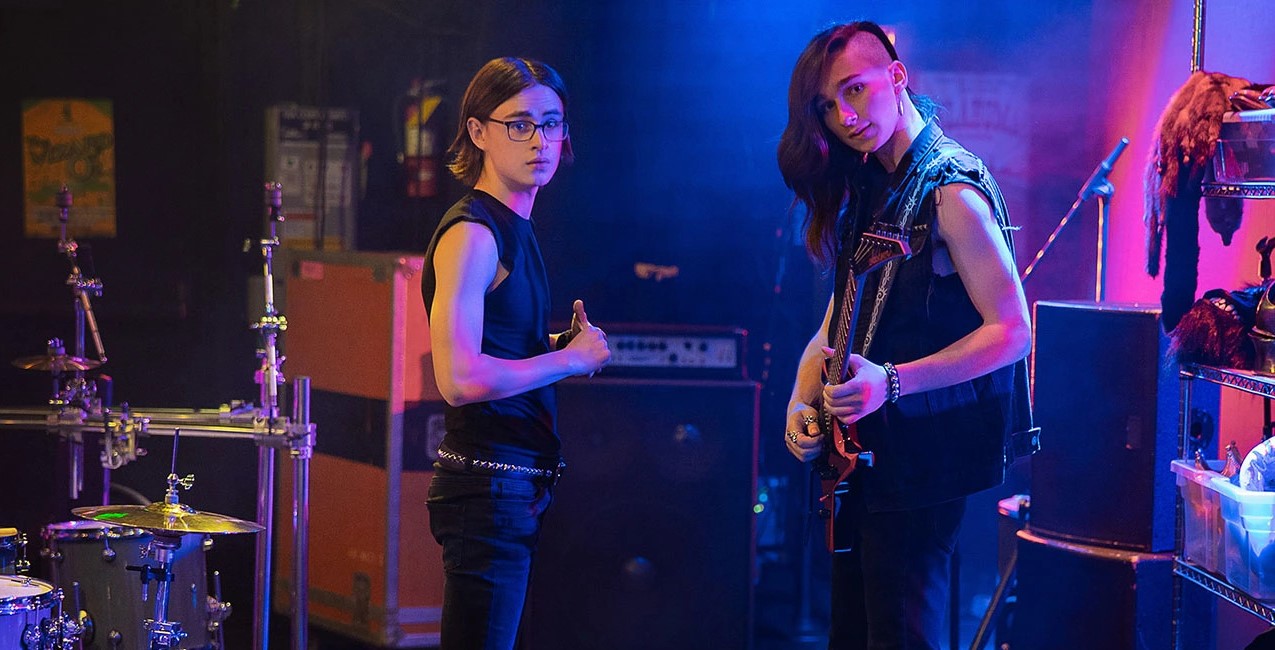 Directed by Peter Sollett, ‘Metal Lords’ is a comedy-drama film that follows two high school students named Hunter and Kevin who wish to start a heavy metal band but have trouble finding a bassist. Their goal is to win the upcoming Battle of the Bands, and the possibility of that happening increases when Kevin meets Emily, who is an impressive cello player. The trio works together and does their best to win the competition.

The dramatic and comedic narrative keeps the audience entertained. At the same time, the stellar backdrops in this musical drama film keep them curious. If you want to learn about the places that feature in ‘Metal Lords,’ you might be interested in knowing what we have found!

‘Metal Lords’ was filmed primarily in the US state of Oregon, specifically in Portland. Located in the Pacific Northwest region of the Western United States, Oregon is home to diverse landscapes, including mountain ranges, coasts, valleys, and even deserts. This versatility makes it an ideal filming location for several kinds of projects. Over the years, this US state has featured in a number of movies and TV shows, including ‘Twilight,’ ‘Into the Wild,’ and ‘The Flash.’

Some sources revealed that the production for ‘Metal Lords’ was initially slated to begin in July 2020 but was postponed due to the COVID-19 pandemic. A few months later, the principal photography seemingly commenced in late 2020 and wrapped up by April 2021. Now, let us take you through the details of all the filming sites used for the making of this movie.

The production team of ‘Metal Lords’ was spotted filming numerous sequences across the city of Portland. For lensing the school scenes, the crew members set up camp in Parkrose Middle School and Parkrose High School, located at 11800 North East Shaver Street and 12003 North East Shaver Street, respectively. The fact that these scenes were shot in an actual school gives the movie an element of authenticity, hence, enhancing the quality of its narrative.

Ya'all, I woke up to Netflix trucks across the street from my house. They're filming Metal Lords, and I guess I get to watch from my balcony as some shots get filmed. pic.twitter.com/jbMzjww1bH

The cast and crew also took a trip to the Revolution Hall to tape some prominent sequences for the movie. The school auditorium-turned-live music venue is situated at 1300 South East Stark Street in the Buckman neighborhood of Portland. Moreover, a few shots were lensed in Anna Lewis Mann Old People’s Home, located at 1021 North East 33rd Avenue. Listed on the National Register of Historic Places, the building complex used to be home to a yoga studio called The Movement Center, which has supposedly closed its doors for good. Apparently, the production team of ‘Metal Lords’ was seen shooting pivotal scenes in this location.

Why is there a water truck on Lombard in St. Johns? They're filming "Metal Lords" for Netfilx, that's why!

Additionally, it appears that a small portion of the comedy-drama was lensed on Lombard street in the St. Johns neighborhood. Due to the favorable filming condition that the city of Portland offers, it has is a coveted production location for a wide range of projects, from independent productions to big-budget films, including ‘He’s Just Not That Into You’ and ‘Mr. Brooks.’ Apart from movies, the largest city in Oregon also features in several TV shows, such as ‘Portlandia,’ ‘The Librarians,’ and ‘Grimm.’

Read More: Is Metal Lords Based on a True Story?