Is Miles Bron Based on a Real Billionaire? Is Alpha a Real Company? 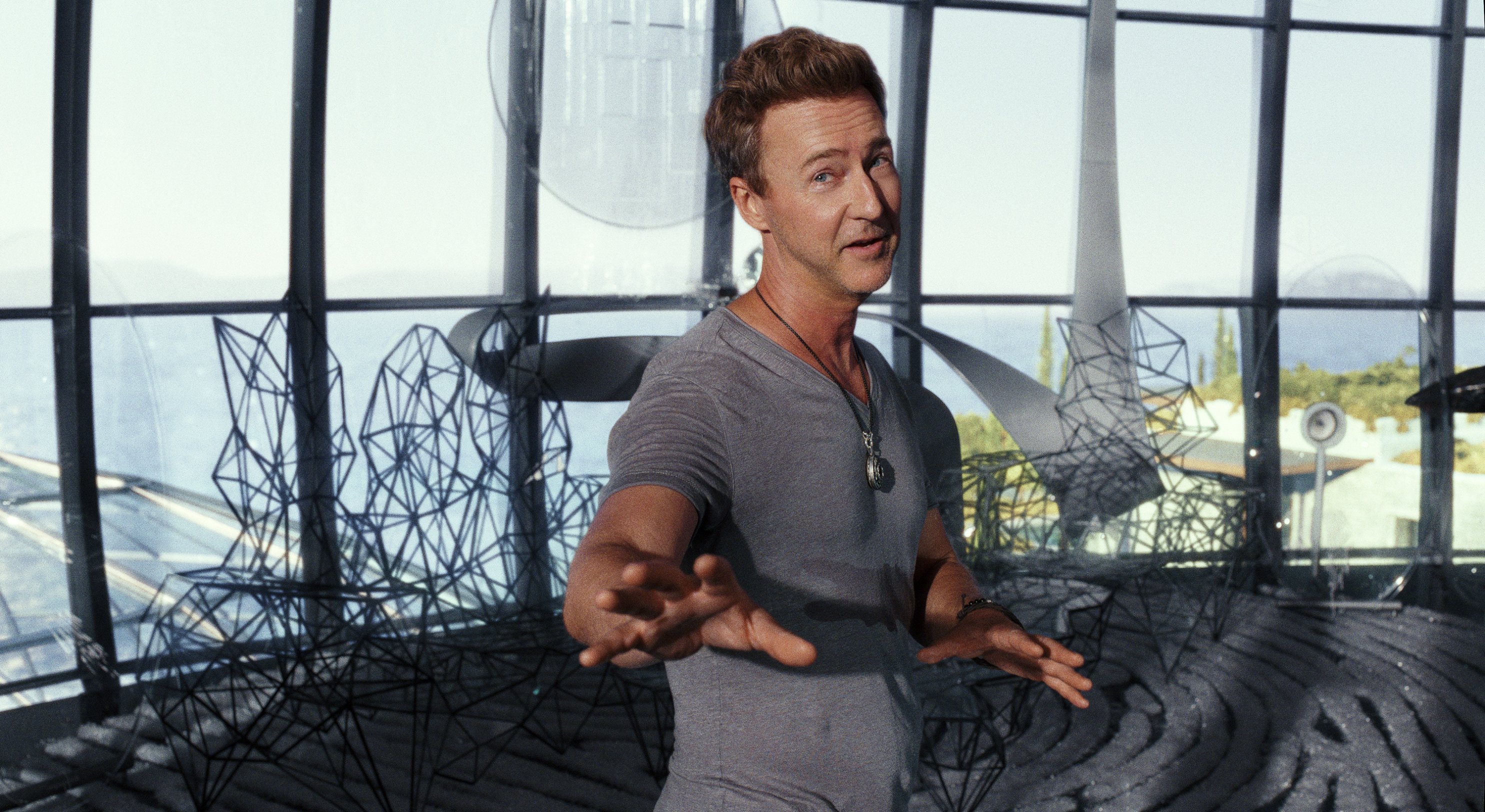 Directed by Rian Johnson, Netflix’s murder mystery film ‘Glass Onion: A Knives Out Mystery’ follows Benoit Blanc, who attends a weekend getaway arranged by a billionaire named Miles Bron in Greece. The tech mogul introduces solid hydrogen fuel to the guests, who include his closest acquaintances, former business partner, and the detective. Miles owns a company named Alpha, which is a significant presence in car manufacturing to space science. Miles and his company are also influential presences in the sphere of national politics, information, etc. Intrigued by the character, we have found out whether there is a real-life counterpart to the billionaire and his company. Here’s what we can share!

Is Miles Bron a Real Billionaire? Is Alpha a Real Company?

Miles Bron is not drastically different from the billionaires and tech moguls we have been seeing in real life. Bron’s interest in introducing Uber for biospheres, stunning cars, artificial intelligence, and the future of news makes him similar to the globally-renowned Elon Musk to give an example, which makes Alpha similar to the combination of SpaceX, Tesla, Inc., and Twitter, Inc. However, despite the similarities between Miles and Elon or any real-life billionaire for that, Edward Norton’s character is not based on a real-life figure. In fact, director Rian Johnson was careful about separating the character from reality.

“The fact that Bron’s a tech billionaire — which made a lot of sense for the story — became an obstacle in the writing. Because — I don’t think I even have to say the names — there are some obvious, real-world analogs,” Johnson told Deadline. “And the instant I started thinking about any of them too specifically, it got so boring so quickly. And so, disconnecting him from that, and trying to build him as his own kind of clownish character, became a challenge,” the director added about the foundation of the character, clarifying that Miles doesn’t have any particular real-life counterpart.

‘Glass Onion: A Knives Out Mystery’ ultimately is about a billionaire’s efforts to build an empire of his own without any original ideas. He builds Alpha based on the ideas of Cassandra “Andi” Brand and tries to develop it without any expertise on the subjects he and his company deal with. It wouldn’t be hard to find individuals and companies that had a similar success story, built above the efforts and hard work of others, in real life. But as far as Johnson is concerned, Miles’ significance starts and ends within the narrative of the film and the part he plays in the whodunnit structure of the same.

Still, Norton acknowledges how his character Miles is relatable. “My take on this was really to know that Miles is a character cut from a very specific species. They’re all around us these days, and they’re really getting lionized,” Norton said in the same Deadline interview. “So, for me, the job was with Rian to pick and choose the perfect characteristics to send up a particular type of person, and to do it by embedding within him a lot of the best and worst of what we see in these people, but still find a way for it to feel organic. With satire, if you overplay it…” he added.

Thus, Miles and Alpha are not based on any particular real individual and company respectively. Miles can be considered a representative of billionaires who attained their success by hurting the lives and dreams of others. Alpha, on the other hand, can be seen as a combination of all the major tech companies without any limits to their ambitions.