Is My Son Based on a True Story?

‘My Son’ is a thriller-drama film that follows Edmond Murray (James McAvoy), a terrified father who travels to a village in the Scottish Highlands after learning that his son, Ethan, has disappeared from there. His former wife, Joan Richmond (Claire Foy), tells him that Ethan was attending a camp when he went missing. Initially, Edmond suspects everyone around him, including Frank, with whom Joan is currently in a relationship. He also discovers that the authorities in Glasgow and London have taken an interest in his son’s abduction.

This makes him realize that the government is investigating the company he works for. He also starts to wonder whether Ethan’s disappearance is connected to his work. With so many possible theories to consider, Edmond must choose the correct one and rescue his son before it’s too late. If the film’s somber setting and grounded premise have made you wonder whether real-life events inspired it, this is what you need to know.

Is My Son a True Story?

No, ‘My Son’ is not based on a true story. It’s the English-language adaptation of the 2017 namesake French film. Both projects were directed by French filmmaker Christian Carion, who employed a unique plot device that can change how stories are told in films and television. Neither McAvoy nor his French counterpart Guillaume Canet was given the script of their respective films. Instead, they had to completely rely on their improvising skills to guide every scene toward the solution they preferred. 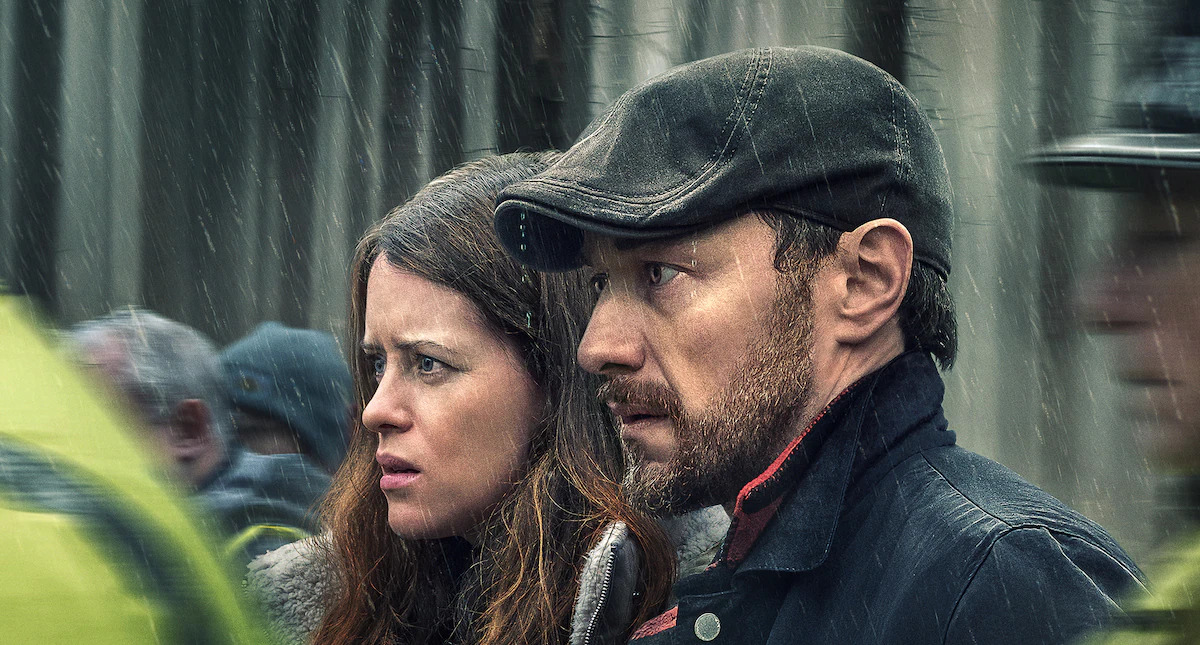 According to McAvoy, he had managed to have an experience that no other actor gets to have while working on ‘My Son.’ As the film is a thriller drama, the narrative tested McAvoy’s deductive skills by default. As the story progresses, McAvoy unravels the mystery at the same time as the audience. This means that there was always a chance that McAvoy could have followed a false trail and never found his character’s son.

Contrary to McAvoy, his co-stars Claire Foy, Gary Lewis, Tom Cullen, and others were aware of the plot and gave the narrative an amount of coherency and structure. Their actions in the film, depending on the circumstances, helped McAvoy or proved to be detrimental to his search for Ethan. For instance, Cullen’s character’s erratic behavior seemed to convince McAvoy that the former was behind Ethan’s disappearance. Moreover, Gary Lewis, as Inspector Roy, tried his best to convince McAvoy that the enemies his character created in his career were behind Ethan’s disappearance.

In every scene, the film’s narrative entirely hinges on how McAvoy reacted to a given situation. This could have turned out to be quite anticlimactic if things had developed in certain ways. What would have happened if McAvoy had found out about Ethan’s whereabouts within the film’s first half-hour? Would ‘My Son’ have been released as a short film then? What if McAvoy never managed to solve the mystery? Would we have gotten a sequel? There are nearly limitless possibilities with this particular format of filmmaking. Ultimately, with ‘My Son,’ the filmmakers played with an innovative idea, giving their lead actor an unprecedented amount of freedom. However, the film is not based on a true story.