Is Mycroft Holmes in Enola Holmes 2? Why is Sam Claflin Not in the Sequel? 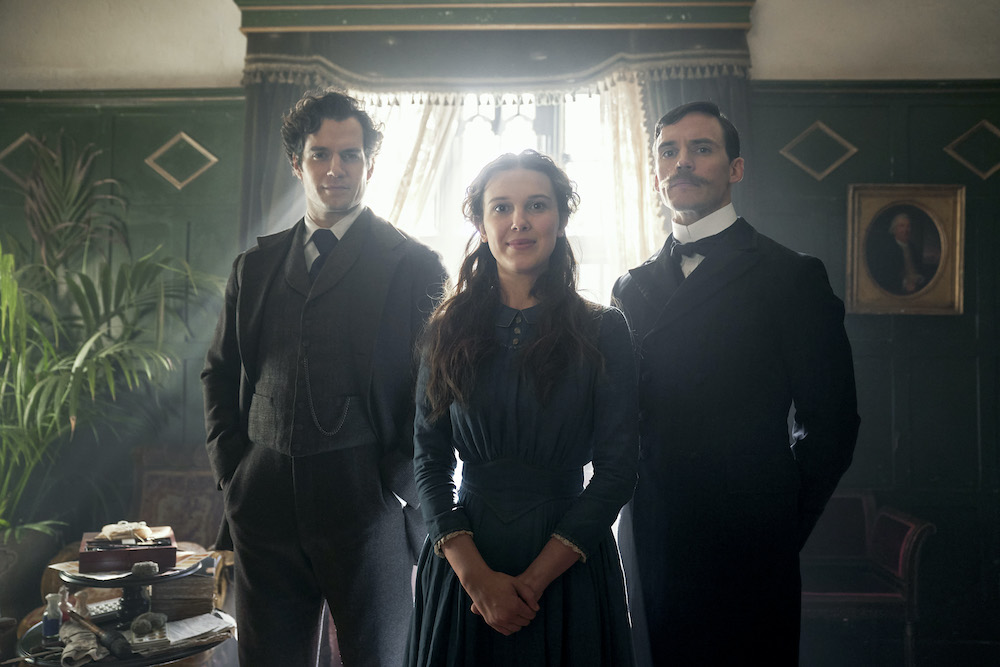 Netflix’s ‘Enola Holmes 2’ follows the story of the titular character who, educated by her experiences in the first film, starts a detective agency of her own. With the case of the mysterious disappearance of a girl brought to her, Enola is thrust into the world of dangerous men who care about nothing but their own profits. Things become more complicated when her case reveals to have ties with the one that Sherlock has been at for a while now. Eventually, the fog on both their mysteries subsides and startling things are revealed.

While there are many things about this film that catch one’s interest, one of the most noticeable things is the absence of Mycroft Holmes. While Sherlock and Enola share some similarities of interests, the eldest Holmes sibling seems a world apart from them. The events in ‘Enola Holmes 2’ would have been a great opportunity for him to see his brilliant sister in action. But he remains absent throughout the story, not even appearing for a brief cameo, unlike Eudoria. Why is that? Why is Mycroft not a part of the sequel? Let’s find out.

Why is Sam Claflin’s Mycroft Holmes Not in Enola Holmes 2?

Mycroft Holmes is introduced to the audience in ‘Enola Holmes’ as the titular lead’s arrogant brother who is rather close-minded when it comes to the role of women in society. After their mother’s disappearance, Enola becomes his ward, and he sends her to a school where girls are taught how to laugh politely. By the end of the film, while Sherlock’s perspective towards Enola sees a shift, Mycroft remains steadfast in his beliefs that their younger sister needs to learn the ways of the world and not stir trouble.

In the second film, things get more dangerous for Enola as she embarks on her maiden case since the opening of her detective agency. Because the case is much more involved in politics and law enforcement, it would have been interesting to see where Mycroft would stand. While Sherlock backs Enola, even if he doubts her skills, Mycroft’s ideologies would have been challenged more. Unfortunately, the film does not feature him, and the sole culprit of it is the timing.

In an interview with Collider, director Harry Bradbeer revealed that Sam Claflin could not reprise his role in ‘Enola Holmes 2’ because of his busy schedule which didn’t allow him the time to join the movie. This led the filmmakers to make a lot of changes to the plot of the sequel. With only one of her brothers appearing in it, the story became much more focused on the dynamic between Enola and Sherlock.

“We had to then concentrate on Sherlock, which has some advantages in the sense and that it becomes a sharp pencil if you like. You’re just having to work with that particular relationship. It had to be about Sherlock and Enola coming together. So I guess there is some blessings in having less pieces because you can do more with what you have,” Bradbeer said. It looks like it all turned out for the better, giving the audience a better understanding of the Holmes family dynamic, while also taking a big step in their character development.

As for the future of the film series, Bradbeer hopes that Claflin will be part of the next film. “It was Sam’s schedule that became very clear, so Sam was not going to be in it… We were very sorry that Sam couldn’t be in this one. If there was a future one we would love to have him back,” he said. Considering that the second film focuses on Enola’s relationship with Sherlock, the next film could give her the opportunity to change the way Mycroft sees the world, and for the siblings, who have a gap of more than two decades between them, to find something that ties them together and gives them common grounds to stand on.

Read More: Is Enola Holmes 2 Based on a True Story?