Is Enola Holmes 2 Based on a True Story? 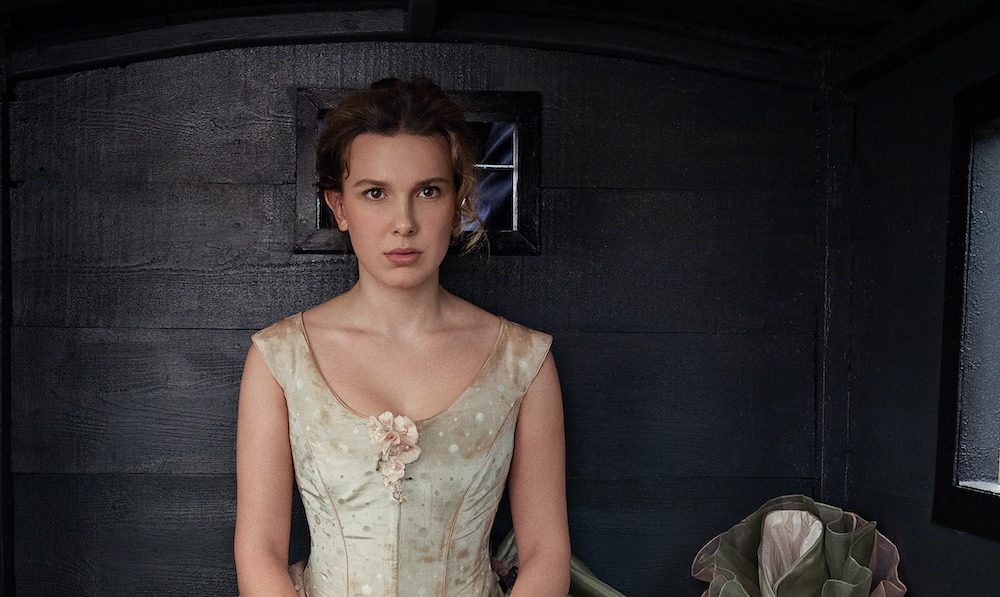 Netflix’s ‘Enola Holmes’ follows the story of the titular character as she tries to prove her mettle in a world where women barely have any rights. While the first film is more of a coming-of-age story of a rebellious girl, the sequel deals with more mature themes, throwing its protagonist into the real dangers of the world she wants to be a part of. Written by Jack Thorne, ‘Enola Holmes 2’ broadens the scope of the character’s world, focusing just as much on her personal growth and her relationships as it does on the mystery around her. What begins as the disappearance of a working-class girl soon turns out to be something with greater political repercussions. If you are wondering whether it finds its footing in a real case, then here’s what you should know about it.

Is Enola Holmes 2 Based on a Real Event?

‘Enola Holmes 2’ is loosely inspired by the 1888 Matchgirls’ Strike at the Bryant & May match factory in Bow, London. Against the backdrop of the strike, the film sets up the premise for Enola’s first case as a professional private detective. It also borrows elements from ‘The Case of the Left-Handed Lady’, the second book in the Enola Holmes Mysteries by Nancy Springer.

In a conversation with Netflix Queue, director Harry Bradbeer explained how the need to turn the sequel into “a grittier, more dangerous story” led the filmmakers to use this landmark event in history. “We wanted to tell a story that brought Enola into contact with people outside her background and class by introducing her to working girls of her own age. That was something I was very excited about. And so that’s where the match factory idea came in,” he said.

While most of the plot focuses on Enola trying to uncover a conspiracy that has roots far deeper than she’d imagined, the film also highlights the condition of working women in the Victorian era. The story begins with the disappearance of a woman called Sarah Chapman, who is loosely based on the real-life woman who was one of the people to lead the strike against Bryant & May. The matchstick factory employed well over a thousand women, which included girls as young as nine years old.

The working conditions were abysmal, with extremely long hours and considerably poor pay. All sorts of fines were imposed on the workers for the most minor of mistakes, and any complaint on their part was quieted down by the threat of getting sacked. Another huge problem for the workers was the exposure to white phosphorus used in making the matches. Being in the continuous presence of the substance led to several afflictions, the most common of them being phossy jaw, which resulted in the death of a lot of workers.

On June 23, 1888, social activist Annie Besant’s article ‘White Slavery in London’ was published in The Link. When the factory owners asked the workers to publicly refute Besant’s claim, they met with a huge opposition, which led to the firing of one of the workers. Sarah Chapman was one of the people who orchestrated the resistance, which led to 1400 girls and women going on a strike on July 5, 1888. Unable to sustain the loss, the factory owners agreed to reinstate the fired worker, but by then, the purpose of the strike had expanded considerably. Now, the women wanted a lot more for themselves.

#OTD 1888, 1400 ‘matchgirls’ walked out from the Bryant and May match factory in East London, in protest at inhumane working conditions. After 2 weeks they secured better terms and formed their own union. Sarah Chapman—a strike leader—represented them at the TUC later that year. pic.twitter.com/RiKQMN5RYw

On July 17, the factory owners and the workers agreed upon the policies that would ensure a better work environment. Unfair fines and deductions in salaries were removed; the correct chain of command in the addressal of grievances was ensured, and a separate room for meals for provided for the workers to prevent their food from being exposed to the white phosphorus; among other things. While it took a couple more years for white phosphorus to be abolished for good, the strike was a huge step in the right direction for the workers. On July 5, 2022, the event was commemorated by English Heritage with a blue plaque at the site of the former Bryant & May Match factory.

For actress Millie Bobby Brown, who plays Enola Holmes, this was an inspirational and resonant story that established “the theme of sisterhood that runs through this film”. “I find it so inspiring to think of these young women, who basically have no power at all, rising up against the system,” she said. The film takes liberties in presenting the course of events to serve its primary purpose, delivering a detective story to the audience, but that doesn’t impede its intention to show a story with strong women at its heart, who work together to bring change in the world. Considering all this, it is fair to say that even though the events in the film are mostly fictionalized, they are grounded in the reality of a real event and real emotions.

Read More: Is Sarah Chapman Based on a Real Person? Did She Lead the Match Girls Strike?