Is Sarah Chapman Based on a Real Person? Did She Lead the Match Girls’ Strike? 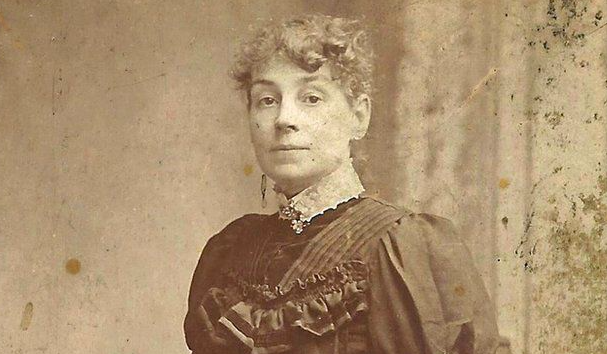 Netflix’s ‘Enola Holmes 2’ brings the young detective back into the game. This time around Enola has to solve the disappearance of a girl named Sarah Chapman, who worked at the matchstick factory. In solving the case, the young Holmes comes face to face with the brutal reality that many working-class people have to face. When her case gets entangled with that of Sherlock, terrible secrets are revealed. In the end, Enola learns that there are more ways than one to show the truth to the world.

She helps Sarah to save the factory workers, whose struggles are so real that they need not be fabricated for the story. The film is inspired by a real event to present a truthful picture of how things used to be, and in some ways still are, for the working class. If it makes you wonder whether the character of Sarah Chapman is also rooted in reality, then here’s what you should know about her.

Was Sarah Chapman a Real Person?

Yes, the character of Sarah Chapman in ‘Enola Holmes 2’ is based on a real woman of the same name. Much like the film character, the real-life Sarah Chapman rose up for the rights of the women working in the matchstick factory and her work helped push the cause of gender equality and the rights of employees forward.

Chapman was born on October 31, 1862, in London. Her parents were Samuel Chapman and Sarah Ann Mackenzie, and she was the fifth of their seven children. She started working at the matchmaking factory at a young age, with her mother and her elder sister. In 1888, she was employed at Bryant & May as a booker in the Patent office. Unrest had been developing amongst the workers who were forced to work long hours for minimal wages while also risking their lives by getting exposed to white phosphorus at the factory. This led to 1400 girls marching out on July 5, 1888, which eventually forced the factory owners to bow down to their terms.

Sarah Chapman played an integral role in the strike. She was one of the three of the deputation that approached social worker Annie Besant to ask for her support. She also became a member of the Strike Committee and was one of the twelve elected women in the inaugural meeting of the new Union of Women Match Makers at Stepney Meeting Hall on July 27. She was also elected as the first Trades Union Congress representative of the Match Makers’ Union.

In 1891, she married Charles Henry Dearman, with whom she had six children. Eventually, Sarah left Bryant & May and moved on to a different role in her life, but she continued to be an ardent supporter of workers’ rights, especially women.

How did Sarah Chapman Die?

Sarah Chapman died at the age of 83 in 1945. She was buried at Manor Park Cemetery in London. Her great-granddaughter, Sam Johnson found out about her contribution to the Match Girls’ Strike in 2016 after she got in touch with Anna Robinson, who had written a thesis titled ‘Neither Hidden Nor Condescended To: Overlooking Sarah Chapman’. In 2017, Johnson discovered the location of Chapman’s grave. It was a pleasant surprise for her to find out that her ancestor was such an accomplished personality, which is why it came as a shock when she discovered that Chapman was buried in an unmarked grave. Johnson decided to erect a headstone for her great-grandmother but found out that the cemetery was being mounded over and the land was to be reclaimed for reuse.

For any early risers, @TheMatchgirls will be on @BBCBreakfast tomorrow morning, Monday 31st May, raising our concerns about the brutal mounding processes at Manor Park Cemetery in London that is preventing us from erecting Matchgirls Sarah Chapman's headstone #matchgirls1888 pic.twitter.com/9I499DgvZR

In fighting to save the site of Chapman’s grave, Johnson set up a charity called The Matchgirls Memorial, in the hopes of erecting a permanent memorial in recognition of the contribution made by women like Chapman. While a memorial is still in the works, in 2021, as a tribute to Chapman, a housing development in Bow, with nine council homes and a community facility, was named Sarah Chapman House. On July 5, 2022, the English Heritage commemorated the events of July 5, 1888, with a blue plaque put up at what used to be the Bryant & May Match Factory.

Very exciting day today – attending the naming ceremony of Sarah Chapman House with @MayorJohnBiggs. So proud of Sarah and all the Matchgirls – hopefully our next memorial will be the statue to honour them all #matchgirls1888 pic.twitter.com/Xg2aOzcxSq

For Johnson, people talking about Chapman and the Match Girls’ Strike is something that the world needs today. She said: “There are so many different workforces today that are coping with terrible conditions – zero hours contracts, people being paid meager wages for long hours. You would think today that sort of treatment would have ceased to exist but it’s still a struggle. Take heart from what happened 132 years ago and think that you can make a change if you stand up for your rights and say: we deserve better than this.”

Read More: When and Where Does Enola Holmes 2 Take Place?