When and Where Does Enola Holmes 2 Take Place? 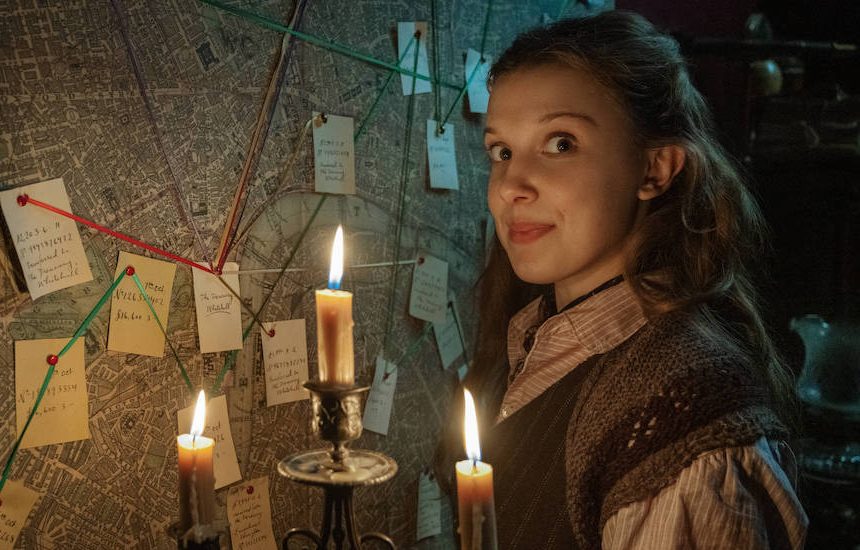 Netflix’s ‘Enola Holmes 2’ follows the story of the eponymous character who takes on a seemingly harmless case but ends up in a very precarious situation with very dangerous people. While the first film was more about Enola figuring out who she is, the second film throws her into the fiery fields of politics and profiteers. The stakes are higher this time, with much more bloodshed and a greater threat to the young detective’s life. While the story holds a lot of mystery in itself, the setting also plays an important part in the manner the events unfold. If you want to find out in what time period and where the movie takes place, then here’s what you should know.

When is Enola Holmes 2 Set?

The events in the ‘Enola Holmes’ series take place in the late nineteenth century. The first film in the series opens in 1884 on Enola’s sixteenth birthday. This is when she discovers that her mother has gone missing and left clues for her to follow. This leads her on a path that ends with her deciding to become a detective. In the second film, we find her opening her detective agency and taking on her first case. The film doesn’t specify the year, but it is fair to assume that ‘Enola Holmes 2’ takes place sometime in 1885 or 1886.

The premise of the film is inspired by the real-life event, known as the Match Girls’ Strike, which took place in the year 1888. ‘Enola Holmes 2’ uses a lot of elements from this incident, including the character of real-life Sarah Chapman. However, it fictionalizes most of the stuff to keep it in line with the core theme of a detective story. Because it takes liberty with the presentation of events, it doesn’t come as a surprise that the timeline is also tweaked a bit to serve the purpose of the story. Another important detail that confirms that the timeline between ‘Enola Holmes’ and its sequel isn’t the stretch of four years is that Enola is still legally a minor and is under Sherlock’s protection. This means that ‘Enola Holmes 2’ picks up the events a few months or around a year after the first film.

The Netflix film is based on the novel series of the same name, whose first book is set in the year 1889, which is already five years ahead of the first ‘Enola Holmes’ film. Moreover, in the book, Enola is fourteen when she begins her journey, which proves that the film has built its own timeline and doesn’t concern itself with the actual years in which the events of its inspiration occurred.

Where is Enola Holmes 2 Set?

The story of Enola Holmes is an extension of Sherlock Holmes’ world. Because the original detective calls London his home, most of the action in ‘Enola Holmes’ also takes place there. The city is already integral to Sherlock’s story, whose intimate knowledge of the place comes in handy while solving the cases. Because, as of now, Enola is his ward, she has to remain in the city too. The second film focuses on the dynamic between the youngest Holmes and her elder brother, and London becomes their playing field.

The sequel also features a lot more action than its predecessor, and really brings out the soul of Victorian-era London. Actress and producer Millie Bobby Brown explained the reason behind choosing London as the setting for the film while talking to Entertainment Weekly, and said, ”We set the film in the hustle and bustle of London, which is something that we didn’t really get to see as much in the first one. We got to really see what this young girl is doing in this crazy city that surrounds her night and day, and we get to explore these places in great detail.”